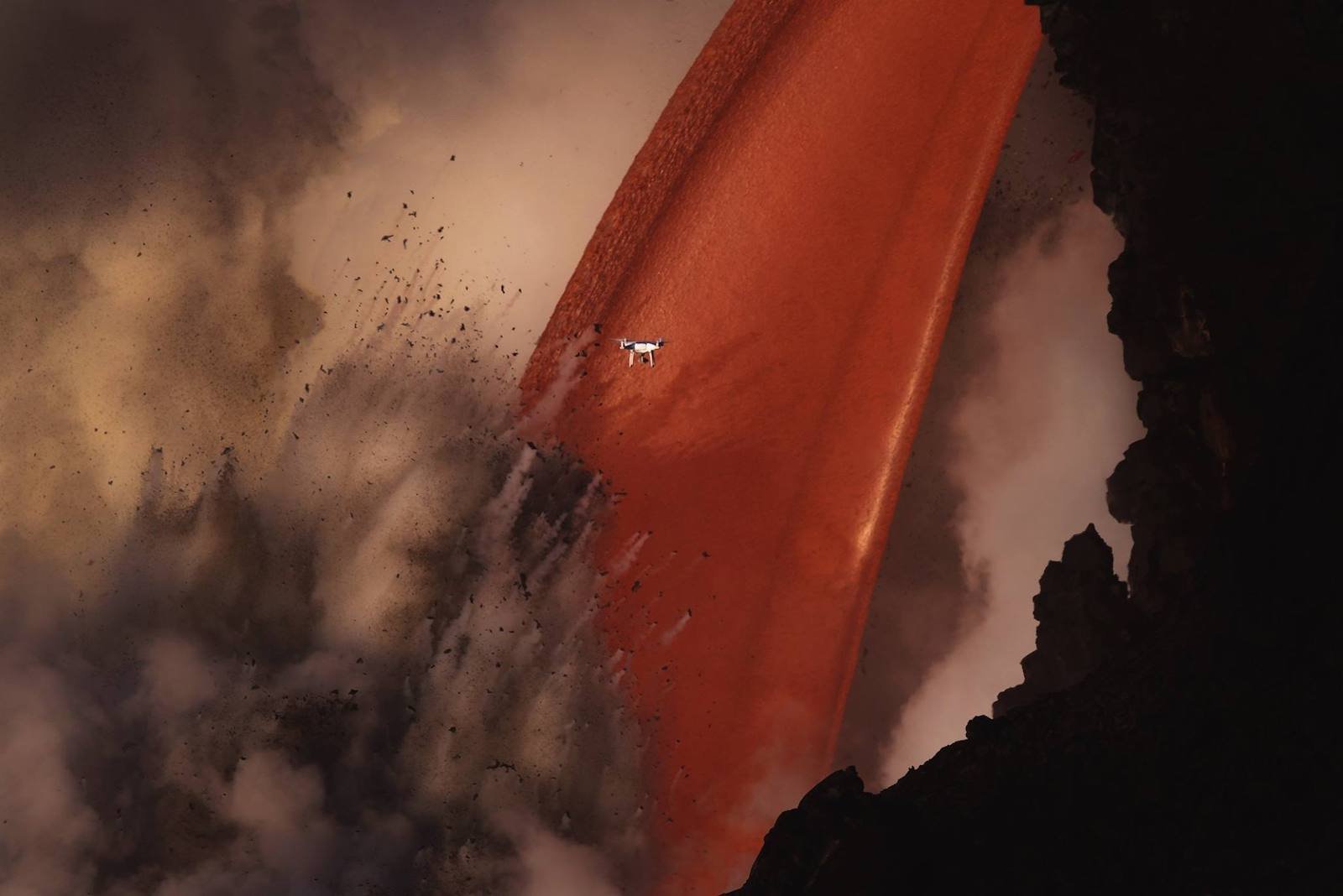 Photographer and filmmaker Andrew Studer recently photographed something stupid and illegal: someone flying a drone right next to a lava spout in Hawaii Volcanoes National Park. Fortunately for us, the final shot is just… incredible.

Andrew and we editors here at PetaPixel both hesitated before publishing this. We don’t want the sharing of this photo to be interpreted, in any way, as encouragement to do something stupid and likely illegal (we’re kind of against that). So we are sharing this amazing shot with two very bold disclaimers from Andrew:

1. Flying drones in national parks (with only a few exceptions) is illegal.

2. I only posted the photo to highlight the scale of the volcano not start a drone debate.

In the original Facebook post in which Andrew first shared the photo, he said, “As frustrating as it was that they were flying, I wanted to share this photo with the drone in it as I feel like it helps give a little bit of scale to just how massive the spout and explosions are.”

That much, he captured in exquisite detail… here’s a closer crop: 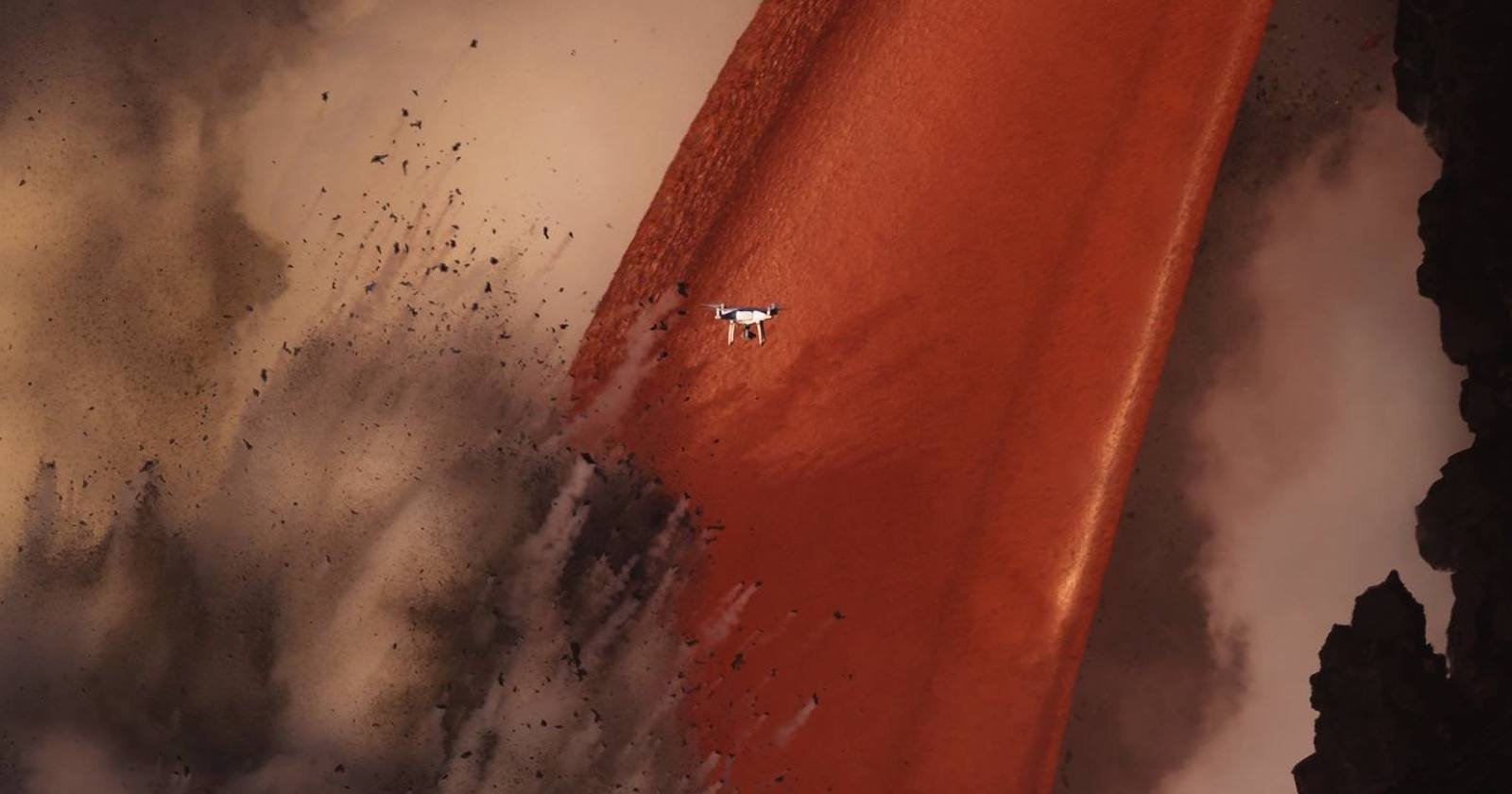 Image credits: Photo by Andrew Studer and used with permission.

How To Scout a Location for Landscape Photography

I’m a Wedding Photographer, and I Fell Into a Fountain with All My Gear