Is there such a thing as the ‘perfect’ portrait and headshot angle? When you’re dealing with something as subjective as photography, probably not. But that didn’t stop Ed Gregory from YouTube channel Photos in Color from applying some ‘science’ to try and find that perfect shot.

Gregory decided to try and find this ‘perfect’ portrait angle by applying—in broad terms—the scientific method to a photo shoot.

So he lined up a model under clam shell lighting, got out his Nikon D800 and an 85mm f/1.8 lens (set at f/8), and established some basic parameters for shooting 16 portraits from different angles and heights. This way, he could compare these shots and, hopefully, uncover that perfect portrait angle he’s after.

He took 16 photos in total, starting at eye level and dead center, and then moving in 2-foot increments to the right, 8-inches up, 8-inches down, and 16-inches up. The final grid looks like this: 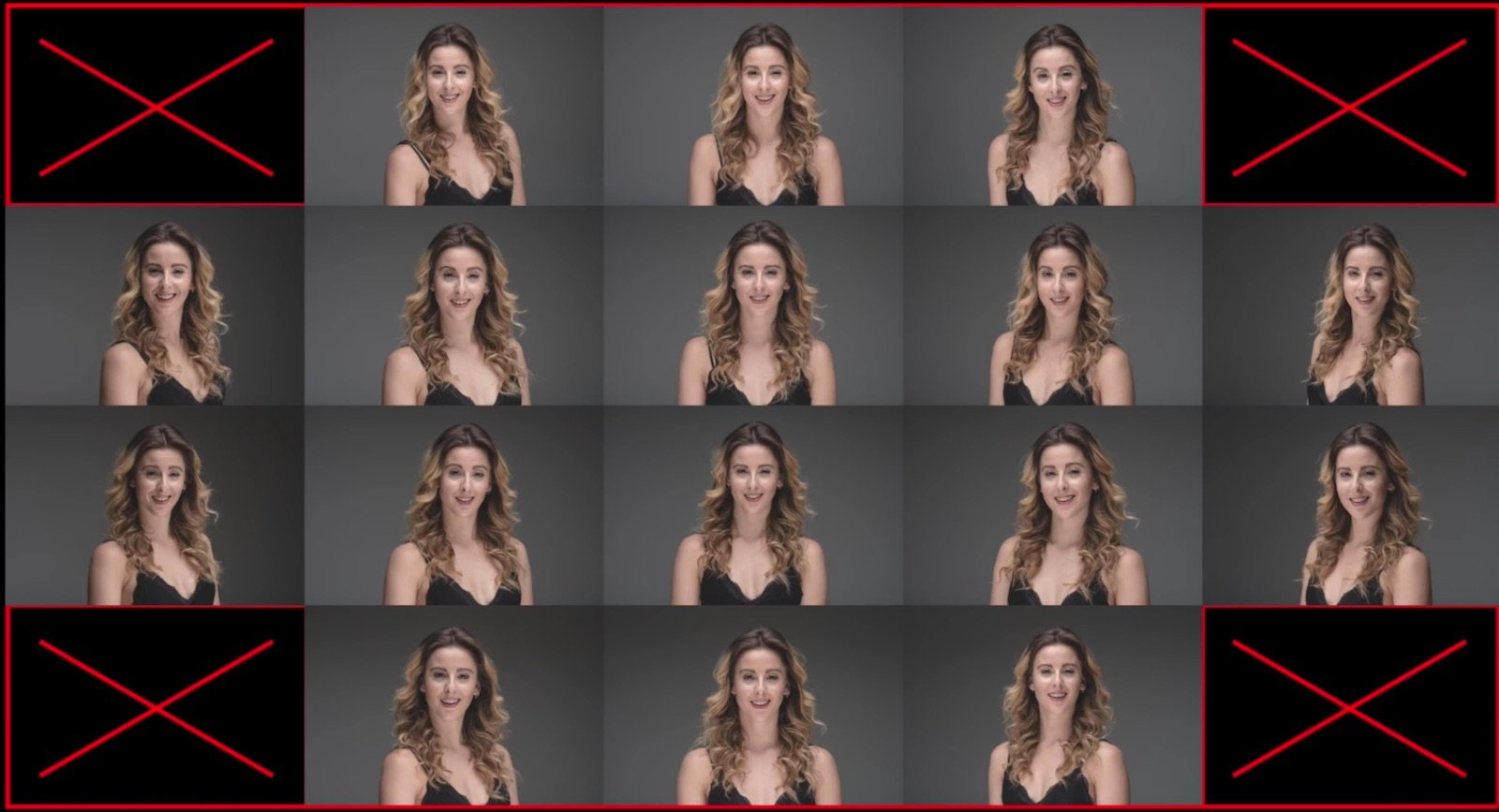 Then, after taking the portraits, he applied the same very basic global adjustments to every single photo so the only difference between them was the angle he was shooting from. The final portraits all look more or less the same, processing wise.

So… what did he learn?

In short, he learned that having a slight downward angle on your subjects tends to be flattering no matter the side-to-side angle you shoot from. Three of his four favorite photos was shot from 8-inches above eye level.

He also classified his ‘findings’ based on the emotion or impression each angle gave. Photos taken from lower down were more ‘intense,’ and images from higher up were more ‘innocent.’ And the father off to the side the camera was, the more ‘dynamic’ the portrait as compared to the very ‘honest’ look you get shooting straight on. Ultimately, it’s very difficult not to criticize the video based on the misuse of the term ‘science.’ There’s nothing scientific about subjective terms like ‘honest’ and ‘innocent,’ and this isn’t exactly a golden example of experiment design. There wasn’t even an explicit hypothesis being tested… and repeated use of the terms ‘science’ and ‘findings’ make a useful video sound more like a gimmick.

But if we look past this, Gregory has created a very systematic and relatively well-controlled comparison of different camera angles that can help you find your personal favorite angles and understand how moving the camera around will impact a headshot.

For that reason alone, the video is worth watching.

The Evolution of Canon EOS Cameras Over the Past 30 Years