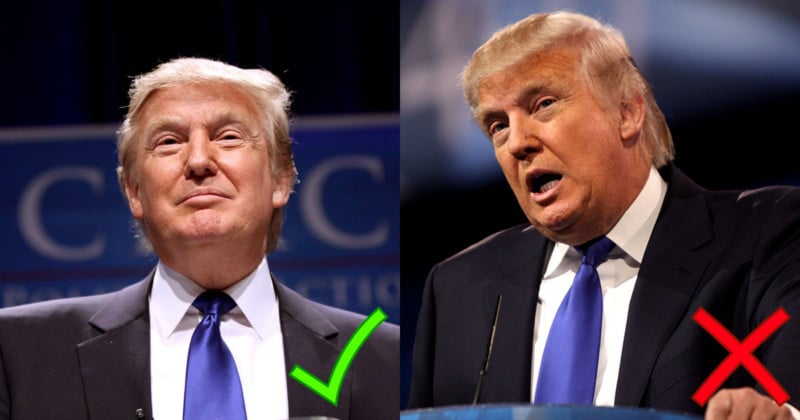 President-elect Donald Trump held an off-the-record meeting with about 25 media executives and anchors in Trump Tower on Monday. At the gathering, Trump shared some complaints about the outlets’ coverage of him, including the use of unflattering double chin photos.

Politico reports that in discussing his thoughts on the “dishonest media,” Trump shared how he felt like photo editors were selecting unflattering photos of him for use in news coverage.

Trump turned to NBC News President Deborah Turness at one point, the source said, and told her the network won’t run a nice picture of him, instead choosing “this picture of me,” as he made a face with a double chin. Turness replied that they had a “very nice” picture of him on their website at the moment.

After Trump’s comments were reported after Monday’s meeting, publications ranging from PDNPulse to Jezebel began weighing in on how it can be difficult for photographers to capture a flattering photo of someone who often exhibits a double chin in photos.

PDNPulse points out that Trump’s fight against double chin photos may be a lost cause because photographers and photo editors need to prioritize truth rather than flattery.

Photos of the Only Quidditch Team in Africa