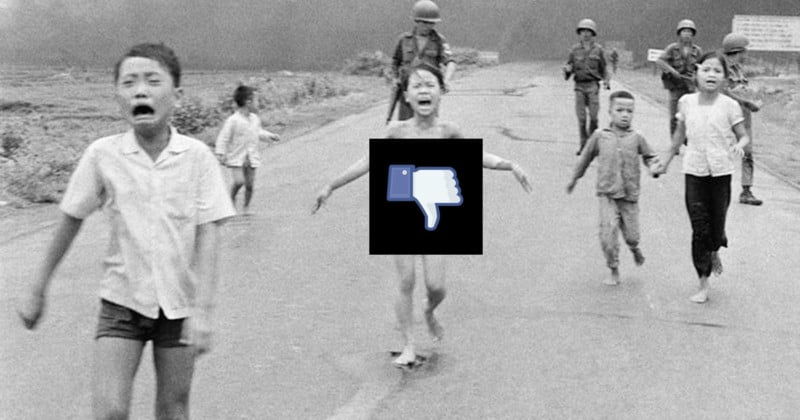 First, Facebook censored (over and over) the iconic Vietman War photo “Terror of War” commonly referred to as “Napalm Girl.” Then, they backtracked. Finally, Facebook COO Sheryl Sandberg has written an apology letter to Norway’s Prime Minister for the whole debacle.

The mess started with Facebook widely removing Nick Ut’s iconic Vietnam War photo of “Napalm Girl” Phan Thi Kim Phuc running towards the camera, clothes burned off by napalm. The image prompted Norway’s largest newspaper to publish an open letter to Mark Zuckerberg on its front page, and generated even more ire after it was removed from the account of Norwegian Prime Minister Erna Solberg.

After Facebook was widely accused of censorship and rewriting history, the photo was reinstated alongside a statement from Facebook.

“We recognize the history and global importance of this image,” it reads. “Because of its status as an iconic image of historical importance […] we have decided to reinstate the image on Facebook where we are aware it has been removed.”

The whole ordeal has been… messy… to say the very least. Which is probably why Facebook went one step further than its reinstatement of the photo and official statement today by writing a personal apology letter.

“These are difficult decisions and we don’t always get it right. Even with clear standards, screening millions of posts on a case-by-case basis every week is challenging,” writes Sandberg. “Nonetheless, we intend to do better. We are committed to listening to our community and evolving. Thank you for helping us get this right.”

Prime Minister Solberg was reportedly grateful for the apology. “It shows that it helps to use your voice to say ‘we want a change’,” she told NRK public broadcasting. “I’m very pleased with that.”

Stunning Macro Timelapse Captures the Beauty of Crystallization Up Close