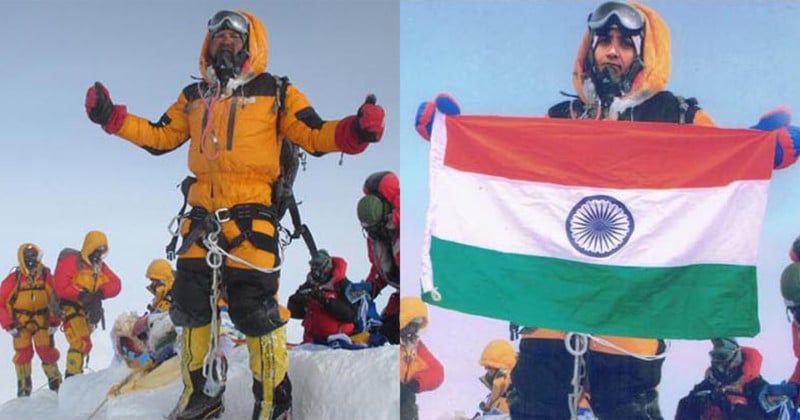 An Indian couple has been banned from climbing mountains in Nepal for 10 years after authorities concluded that they had faked a historic ascent of Mount Everest by Photoshopping other people’s photos.

The Guardian reports that husband and wife police officers Dinesh and Tarakeshwari Rathod claimed to have been the first Indian couple to reach the summit of Mount Everest back on May 23rd, 2016.

“We were committed that we would not give birth to a child until we climb Mount Everest,” the couple told reporters at a news conference in Kathmandu. “With pride now, we want to become parents.”

After examining the couple’s photos of their time at the tip of the world’s highest mountain, Nepalese authorities originally verified the couple’s accomplishment.

A month later, however, several other climbers began accusing the couple of being fakes. One of the notable accusers was Indian mountaineer Satyarup Siddhanta, who says his pictures had been doctored by the couple for their phony photos. In one photo, the Rathod’s apparently added a face and a flag to a snapshot of Siddhanta: 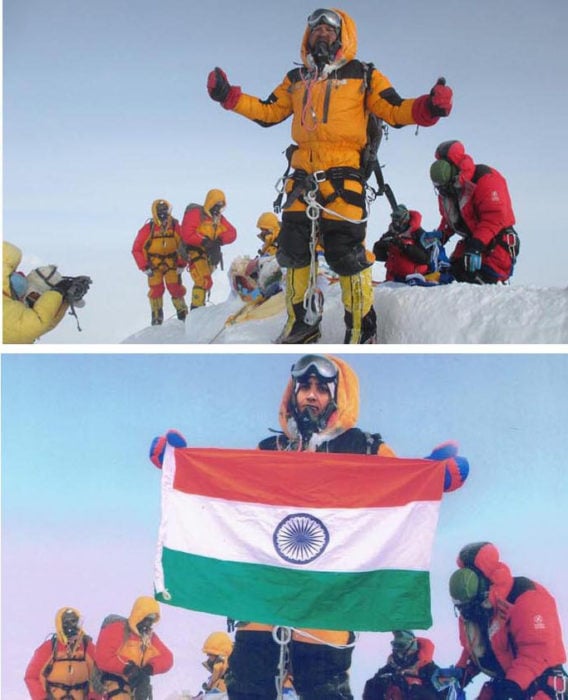 In another faked photo, a figure has been added over the left side of the frame: 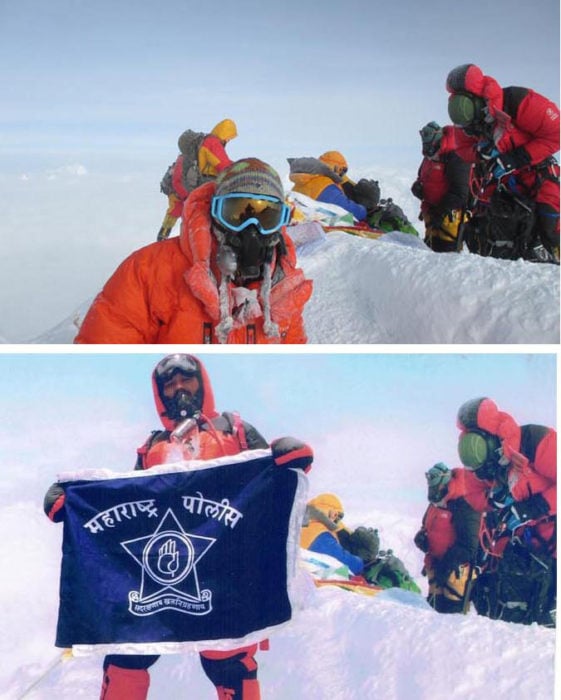 Another experienced climber points out that the couple’s photos also contain a major giveaway.

“If you see the individual photos of Dinesh, he is wearing a red and black down jacket at the summit and in the couple photo at the top, both are wearing orange down jacket and yellow and black shoes,” Surendra Shelke tells the Press Times of India. “It is next to impossible to change clothes and boots mid-climb as there is a danger of frostbite and we are 100% percent sure that photographs were taken either at a base camp or at a studio and later it was meticulously morphed or cropped.”

This week, after examining the evidence, Nepalese tourism officials concluded that the Rathods never did do what they had claimed. As punishment, they’ve banned the couple for a decade from climbing any mountain in Nepal.

The couple has since disappeared and can no longer be reached for comment.