The stakes at the Olympics are unimaginably high… and we’re not only talking about the athletes. As a professional photographer at the Olympics, you’re constantly searching for a unique vantage point. Getty Images is finding theirs by using fancy robotic underwater housings.

Getty photographer Al Bello and his team recently revealed the underwater rigs they’re using to capture more interesting shots during the pool-based competitions at the Rio Olympics. These housings each sport a Canon 1D X Mark II, and let Bello frame up whatever shot he likes, giving him the versatility he needs to shoot different angles and bring his creative vision to life. 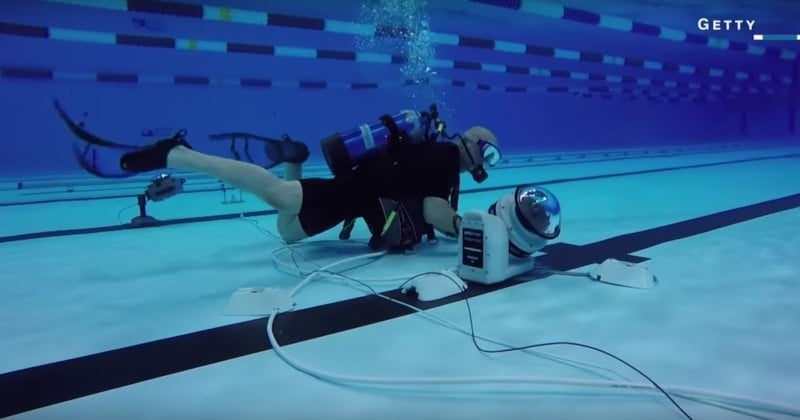 In the past, all he could do was trigger the camera when he thought a swimmer was above his underwater remote camera—the robotic system gives him tons more freedom.

“A robotic camera lets you zoom in, tilt, spin or get multiple angles,” Bello tells CNN Money. “I can now execute many ideas in one session; before, I had the chance to make one happen. I’m doing a lot more photos now in a lot less time.”

Sitting near the finish line, video game controller in hand, eyes glued to the monitor, Bello and his team are putting these nifty robots to serious use. To see some of the photos they’ve captured, head over to Getty’s Olypic photo site by clicking here.

(via CNN Money via Digital Trends)

These Celebrity Portraits Are Actually of Wax Figures

On Selecting the Top 0.2% Photos from the Olympics