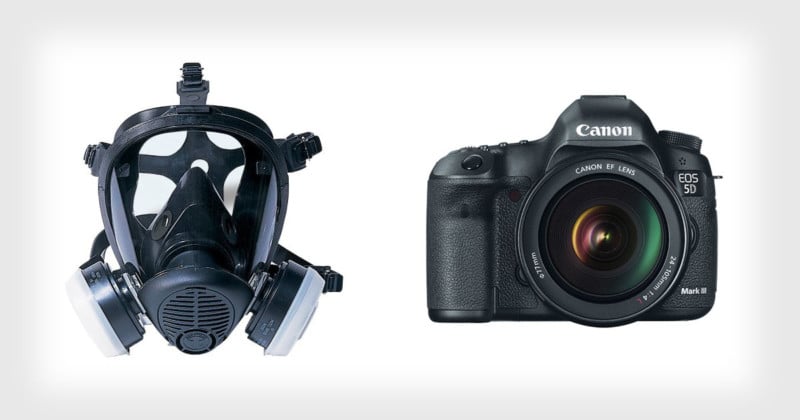 Places where you may need to bring a kevlar jacket and gas mask as a photographer: a war zone, the middle of a violent uprising, and … the 2016 Republican National Convention. That’s right, photographers are gearing up to cover the 2016 RNC in much the same way they’d gear up for a conflict zone.

Wired reports that—in light of the expected protests and Ohio’s open-carry law—some photojournalists are planning to bring a skateboarding helmet, a level IIIA Kevlar vest, and a gas mask in addition to their standard photography kits. They specifically reference photographer Timothy Fadek, but he isn’t the only one.

Freelance photojournalist C.S. Muncy revealed a similar kit earlier today on The Photo Brigade. In addition to his usual gear and useful accessories like the Newswear Chest Vest, he’s bringing “body armor, helmet, eye protection and hearing protection.” The picture he posted to the site also includes a gas mask. 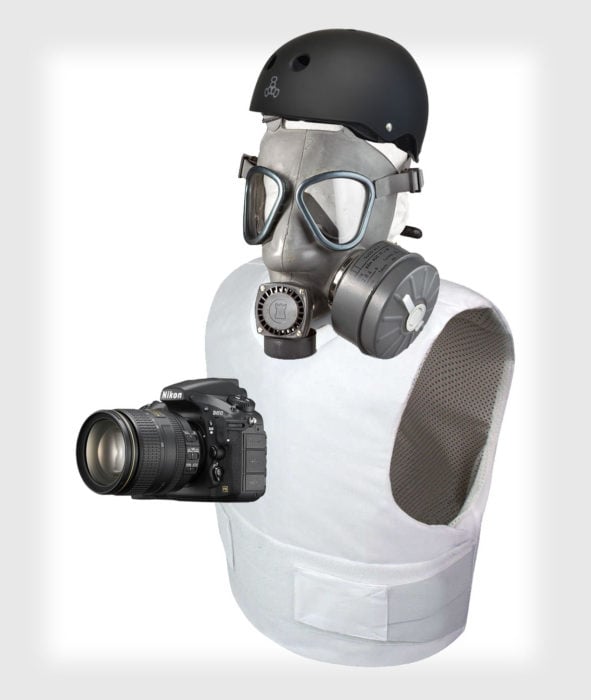 However, both Fadek and Muncy might find they’ll be forced to leave the gas masks at home. This morning, PetaPixel received an email from National Press Photographers Association (NPPA) general counsel Mickey H. Osterreicher, who pointed us to this letter by the NPPA, Society of Professional Journalists (SPJ), and Radio Television Digital News Association (RTDNA) expressing concern.

The letter is titled “Banned Items at 2016 Political Conventions Hinder Journalists’ Jobs and Safety” and it specifically raises concerns about a ban on gas masks:

Particularly, we are disappointed that government officials in Cleveland have remained steadfast in their ban on gas masks in the event zone […] It is understandable that the list of prohibited items […] contain items that may be used as offensive weapons or may pose a threat to public safety; but we believe that those news organizations wishing to protect their employees and individuals desiring to protect themselves from exposure to airborne chemical agents while covering the news should be allowed to do so.

Other banned items include “backpacks and bags exceeding the size of 18” x 13” x 7”,” which the letter says is unrealistically limiting for professional photojournalists.

While some photographers are preparing for the worst, others will be leaving the helmets and kevlar vests and gas masks behind. Andrew Lichtenstein tells Wired he thinks the potential for mob violence is often overblown by the media. For all RNC photojournalists’ sakes, we hope he’s right.