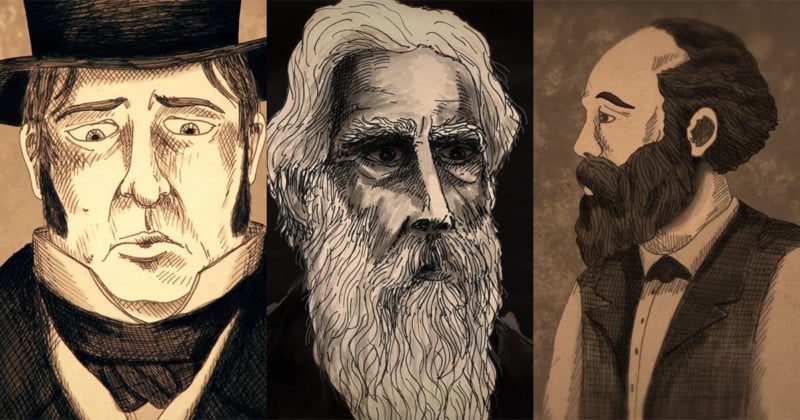 Animator Drew Christie of Whidbey Island, Washington, was recently commissioned by the San Francisco Museum of Modern Art to create a set of animated short films that tell the story of famous photography pioneers.

“Sun Pictures” tells the story of Henry Fox Talbot and the first photographs, as well as his forgotten innovations:

“Slices of Time” is about the career of Eadweard Muybridge, a godfather of the motion picture:

“Peaks and Perils” is about the work of Carleton Watkins, the 19th century landscape photographer whose photos helped convince the US Congress to preserve Yosemite as a National Park:

All 3 of these animations were created by Christie for the SFMoMA’s Photographic Interpretive Center.

P.S. Christie is also the animator behind the short film “The Emperor of Time,” which is also about Eadweard Muybridge.