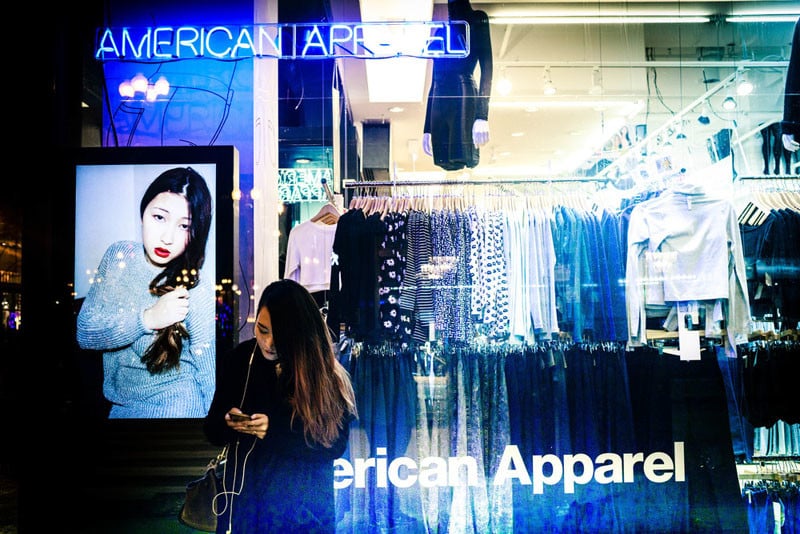 
You’d walk around taking pictures of anything, the street lights, trees, the road, family members… People probably hated you at family gatherings. “Here he comes with his camera”, they would say. You’d take your camera with you to the mall or to the grocery store. You’d shoot at night and everything would be blurry and you just couldn’t figure out why… Yet you continued to shoot.

Have you ever realized that you no longer take those sh**ty pictures? Things are in focus now — even at night. Shallow depth of field is still your friend, but you only hang out with her when necessary. Street lights and photographs of nothingness are no longer the norms or interesting to you. And you still go to those family outings, but you dread attending these events because everyone wants you to take their picture.

You learned from your mistakes. You realized that certain genres may not be for you — perhaps you were better suited for the streets. You enjoyed shooting those you don’t know vs those whom you do. You liked telling stories, or making them up through your photographs and you were solid at doing it. Through practice, you figured out your strengths, your weakness and what your photographic process was going to be.

Photography Is A Sport 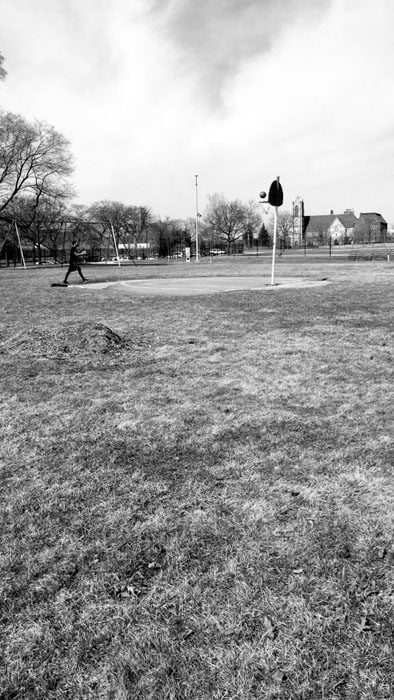 I just coined this phrase, so don’t try and steal it! But it’s true, photography is a sport. Just like basketball, or football, or whatever sport you like, you get better with practice. In practice, we figure out how we can improve our shot, our speed, or IQ. It’s the same with photography: those exact elements need to be refined, over and over and over again.

See, in sports, practice never ends, but in photography, we lose sight of that. We get to the point where we can take a solid photo and once we reach solid photo status we’re afraid to take a bad one ever again.

When I went to Chicago for the first time I was ecstatic about the opportunity. It was my first time to the city and I was new to photography, so not only was I an aspiring street photographer, but a tourist as well. As you could imagine I took pictures of everything! I had no technical background or previous photographing experience — I was just a kid with a camera who wanted to document my moment in windy city.

I was fearless too. I took pictures of people from any distance, it didn’t matter if I was up close or 50 miles away. I snapped! Out of a gazillion pictures maybe I kept 30, and those 30 were the ones that really capture my Chicago story. I told myself I would go to Chicago every year after that experience. It’s truly a joy to shoot there. I went back the following year. This time was going to be different though. I had a year’s worth of experience, a better camera, and a sharper lens. I understood what street photography was and what it meant to the general public. I understood composition better, I knew how to meter properly and most importantly I knew not to stop my lens down to f/2.8. I remember the entire bus ride there I was thinking about what I was going to photograph.

In my head, I had the idea of what a perfect photograph was, something Cartier-Bresson or Vivan would take. When I arrived I looked for those moments. I essentially wanted to recreate their work, just in a more modern way. People would pass me by and I would say this light is boring, or this photograph doesn’t provide any humor. I would think about the comments people left on my work and say to myself, nope, this moment isn’t interesting enough or it doesn’t tell a story, the Internet wouldn’t be impressed.

I had to remind myself that the moments I thought were interesting weren’t — they only appeared that way because I witness them in real time, and they wouldn’t speak well in a photograph.

For the first hour or two I honestly just walked around. I tried to my hardest to photograph, but because of all the rules and pressure I put on myself I felt as if nothing was worth the press of my shutter. I wanted to ensure that I went home with great photographs. I didn’t want to take any bad photos.

I wanted perfect ones, so… I didn’t take any.

The thing about sports is that it’s super analytical. When you take a bad shot, it’s recorded, assuming you missed that shot you go 0/1, and if you continue down this pattern you’ll eventually be 0/2, 0/3 and so on. Statistically, this sucks, and it’s also quite embarrassing at times. This level of poor play can result in you being benched or cut from the team. It’s expected that you have a bad game a few times throughout the season, but for the most part, the team needs you to produce in order to win. Wins matter.

But photography, photography is nothing like that. No on cares about your misses. You can go 0/1000, simply switch your SD card, then miss 1000 more shots. You can go 1/100 and still be a winner. People only care about your makes, but you’re never going to hit the game-winning shot if you aren’t willing to miss it.

You miss 100 percent of the shots you never take. — Wayne Gretzky

I’m not saying that you will take a great photograph once you miss 99 of them, but what I’m saying is that in order to capture the perfect moment you have to be willing to capture the bad ones too. Truth be told we don’t know which moments will be perfect, we can’t gauge that, we’re photographers, not psychics. We have to assume that every moment we have the slightest interest in has the potential to be great. I’m not sure where I heard this, and I hope I don’t butcher it, but at some point in my life, I remember this statement capturing my attention (remember, I’m paraphrasing):

In order to do this, we have to get out there and take bad photographs. It’s okay! Believe it or not, we are human. After I wasted those first 2 hours of my Chicago trip I decided that I was going to revert to my old style. I was no longer there to take award-winning photographs, but simply to practice. I no longer wanted to be Cartier-Bresson… I just wanted to be that guy with a camera who documented his moment in the Windy City.

I turned my camera on and I walked around and shot everything that looked interesting to me. No, I wasn’t praying and spraying (though at times I do), but if I saw an interesting face, or figure, or array of colors then I shot it. If my heart pounded when approaching a subject then I considered it a sign, that photograph had to be taken. I worked every scene and tried my best to capture the moment in the most pleasant way. Here’s a shot from my Chicago trip. The picture came out rather blurry, it was taken with the iPhone 6s+ case from Moment. I shifted my focus to the dinosaur figure but because of the minimal lighting in the bar you can see that it’s a bit out of focus. Initially, I was reluctant to even take the photograph, but I thought when will I ever see this again? Perhaps I was being “romantic” about the situation, but we have to remember to document our own moments as well.

I posted the image online and it was received rather well, no one cheered, I didn’t win any contest, but it was a photograph that required little thought, wasn’t sharp, nor did it have proper lighting, yet no one hated it. Until this day, it’s probably the most technically wrong photo I’ve posted online different, yet it remains one of my favorites.

P.S. nikondigital.org has a list of 10 reasons why you should take bad photographs.

About the author: Keenan Hastings is a photographer and blogger based in Detroit, Michigan. You can find more of his work on his website. This article was also published here.