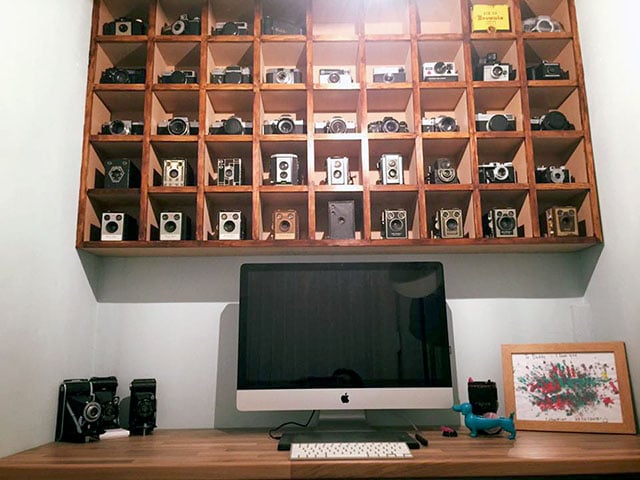 UK-based photographer Marco Marques owns an impressive collection of around 50 vintage cameras. After his collection outgrew two glass display cabinets, Marques decided to have a custom shelving unit made to display his cameras on his office wall.

The shelf was made by Marques’ family member, Paul Sydes, who owns Strictly Carpentry in Banbury, Oxfordshire.

“It was a one off and he had never made one of these before so I wouldn’t know what it would have cost if he were to have made it for someone else,” Marques tells PetaPixel. “I might have to get him to build another one if I carry on adding to the collection.” 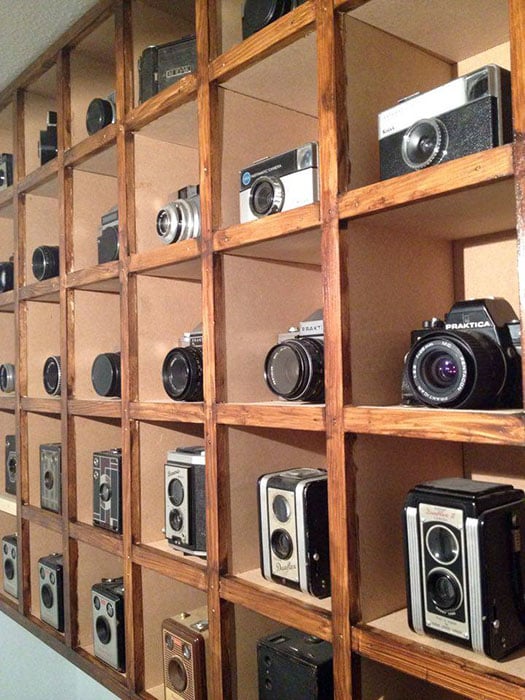 “It was my mum who got me into collecting vintage cameras,” Marques says. “She knew my love for photography and one Christmas she bought me my first vintage camera, an Agilux agiflash, and this is where is began.” 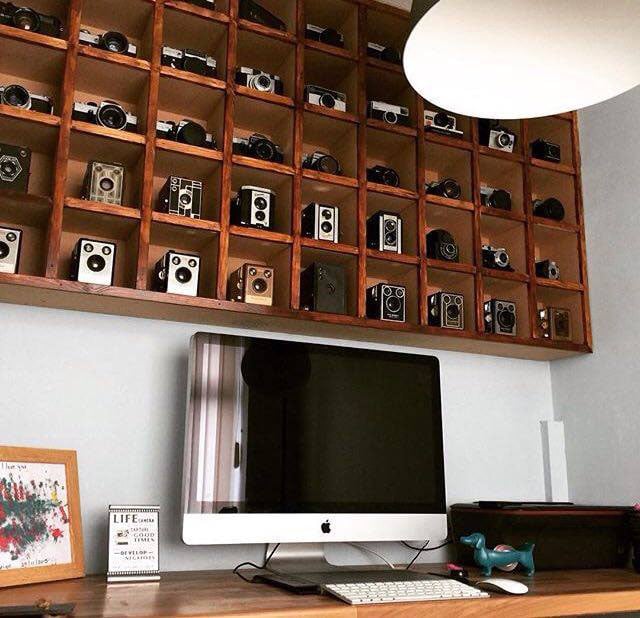 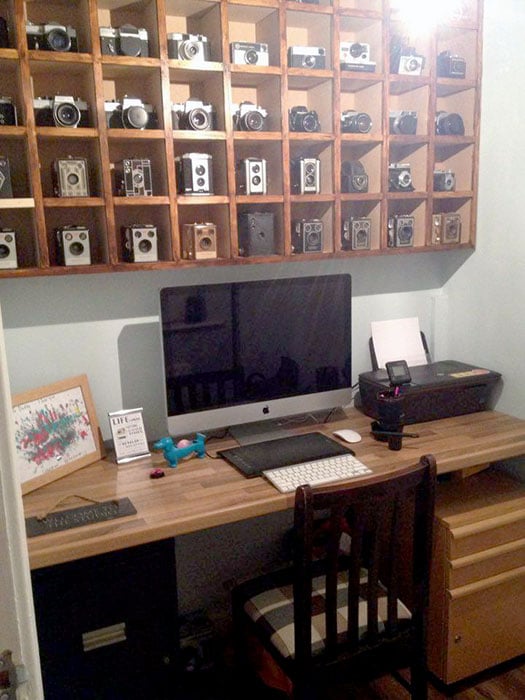 Marques estimates that he has spent about £300 over the years in buying his cameras, mostly from car boot sales and garage sales. 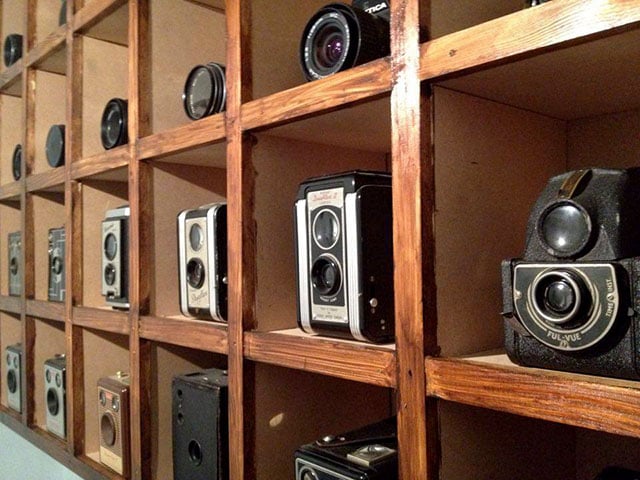 If you have an ever-growing collection of cameras and can’t figure out how to store and display them, perhaps a custom shelf is what you need.

Image credits: Photographs by Marco Marques and used with permission

This Stop-Motion Animation Was Created with 3D Printed Babies