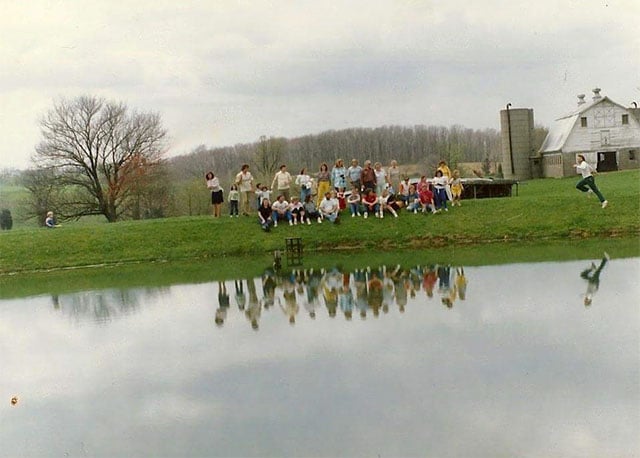 There are special agonies that are reserved for the “official photographers” of families and friends. One of them is when you sprint into the scene after setting your camera’s self timer, only to have the camera snap the photo before you’re ready. It was even worse in the days of film, when sometimes you might not even see the blooper until after the photos are processed.

Above is a family portrait that captures this pain perfectly. It was shared with us by a woman named Molly, who says it’s her favorite photo of her father, Geof — he’s the one that set the timer.

“My dad was likely counting down in his head as he sprinted, realized he wasn’t going to quite make it (it was definitely a decent sized pond), so he just grinned at the camera mid stride,” Molly tells PetaPixel. 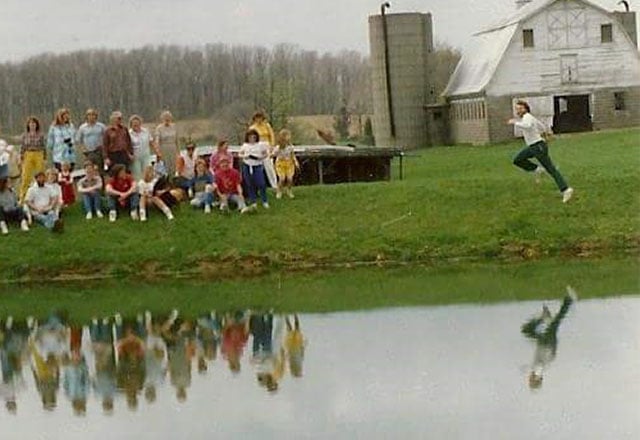 “The best (or maybe worst?) part, is I doubt he counted out loud, so not everyone in the group is even looking at the camera.”

The First Real-World Photos of the Olympus PEN-F