Photographer and programmer Saulius Lukse made this clever 22-second-long time-lapse video in which the windows of a large apartment building are used as a ticker to wish viewers a happy new year — all while the time-lapse continues to run in the rest of the scene.

“This can be done spending few days of non stop work on GIMP or Photoshop,” Lukse says, but he used “a more intelligent way” that involves using a script do the heavy lifting.

Lukse started by shooting a traditional time-lapse by shooting a photo every minute for about 12 hours starting from close to sunset. To create his “improvised dot matrix display” from building windows, Lukse first created a dark “off” background layer by finding instances in which each window isn’t illuminated in the large collection of photos (this step takes some work): 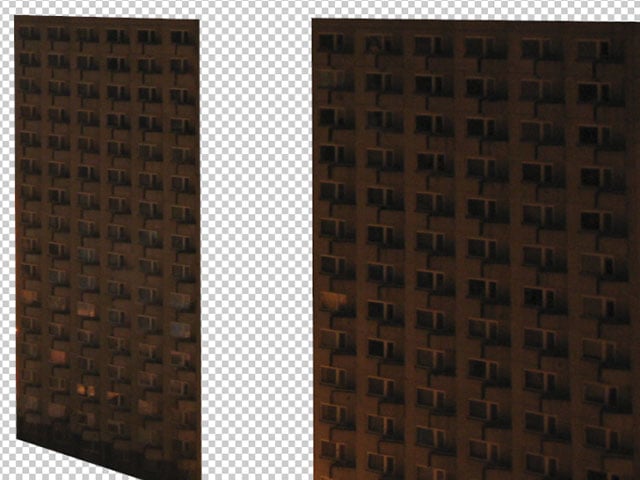 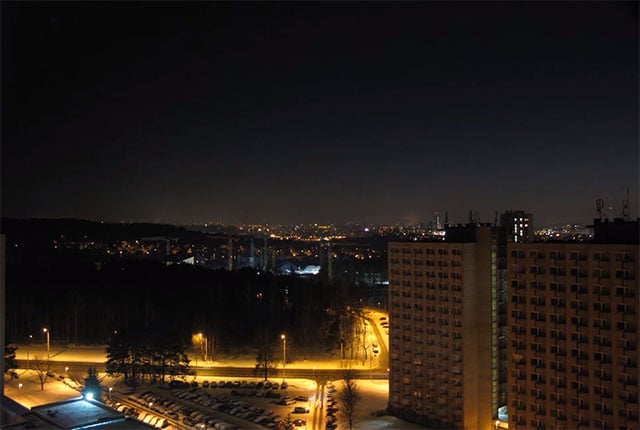 Next, he did the opposite, finding copies of each window while they’re illuminated and gathering them into a frame. Each window was placed in a separate layer (named after the x,y coordinate) to create the pixels of the display. This “time consuming process” took Lukse about 30 minutes: The “pixel display” was saved as a PSD file for his script to use.

Finally, Lukse created his overlay layer with an LED matrix control software called jinx to create the scrolling message and then used a “quick and dirty” Python script to do the rest of the time-lapse creation magic for the final result.

You can find the nitty-gritty technical details (and source code) of this project on this page.

1.5 Hours of Face Retouching in a 7 Minute Timelapse