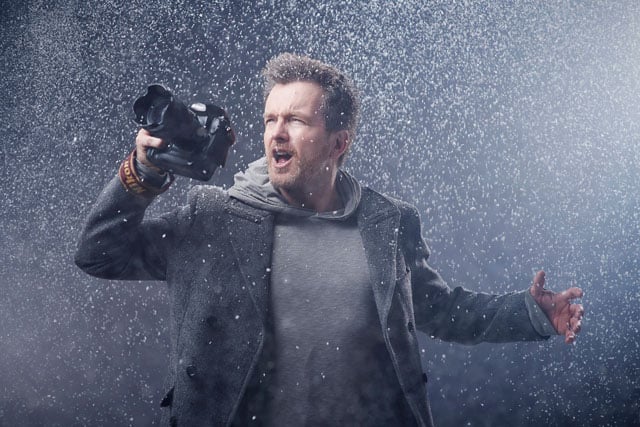 I recently shot a series of snowy portraits… inside my studio. This shoot was originally just intended to be for my own Christmas card, The idea was to do something fun, dreamy, and Christmas-related (with a Santa hat and fun poses) that I could send to friends, family and clients. As the year was coming to an end, a fun photo shoot was very welcomed. And, ironically, we didn’t have snow at this point in Brussels, which is very unusual. 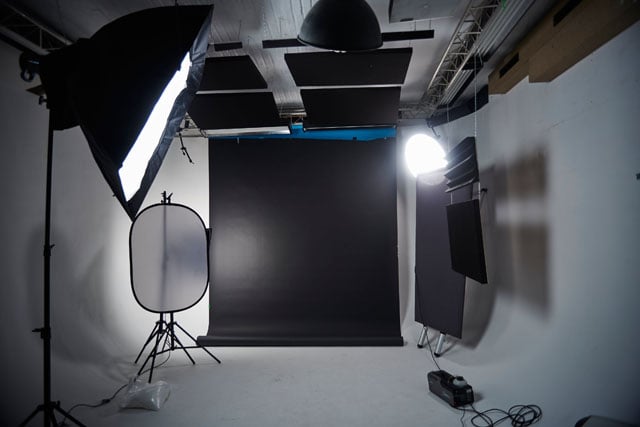 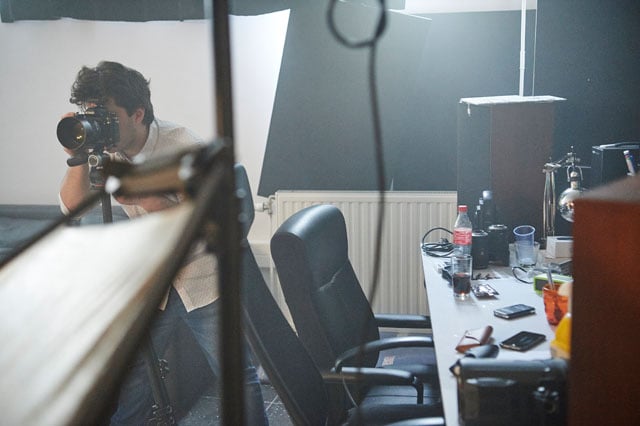 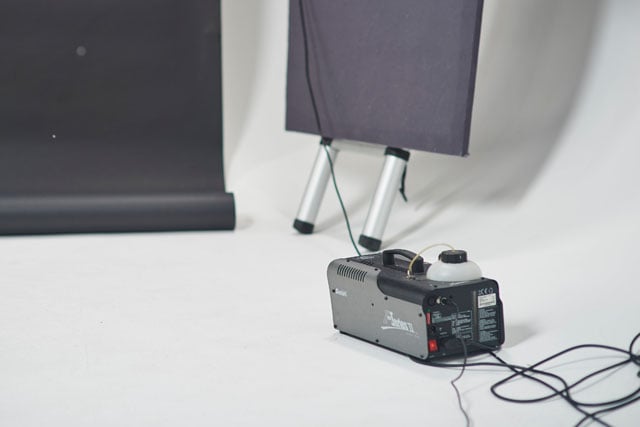 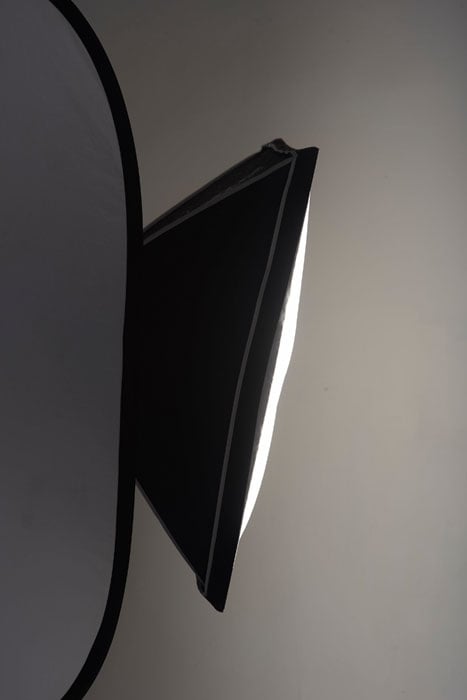 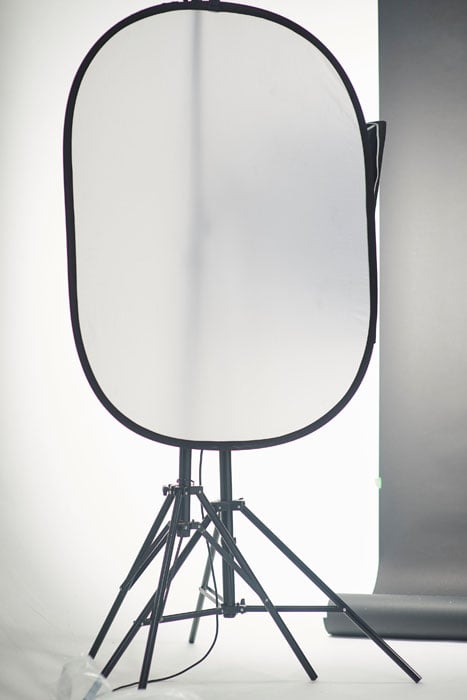 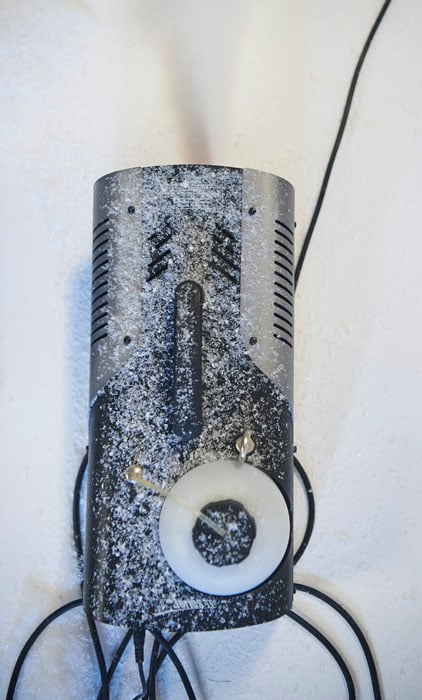 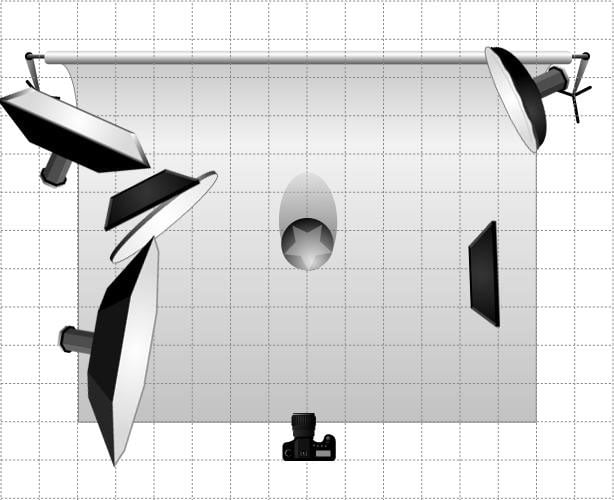 The octabox is my main light, the beauty dish my hair/backlight, and the softbox is just to make the backdrop a bit lighter. 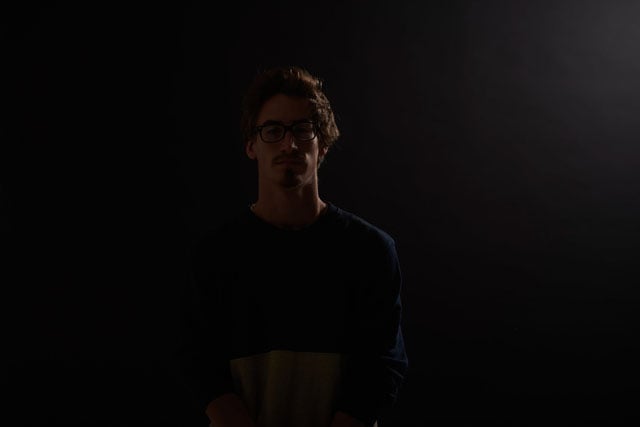 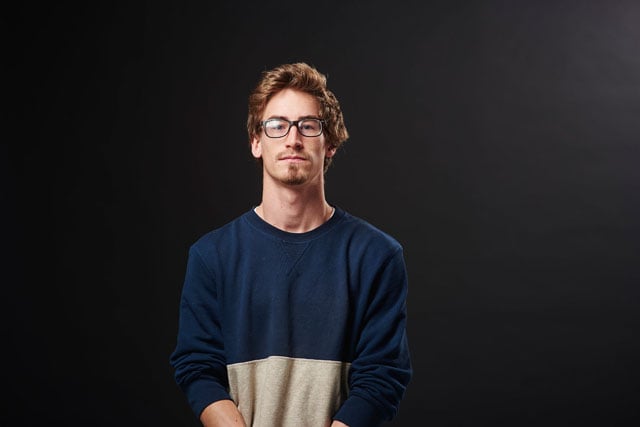 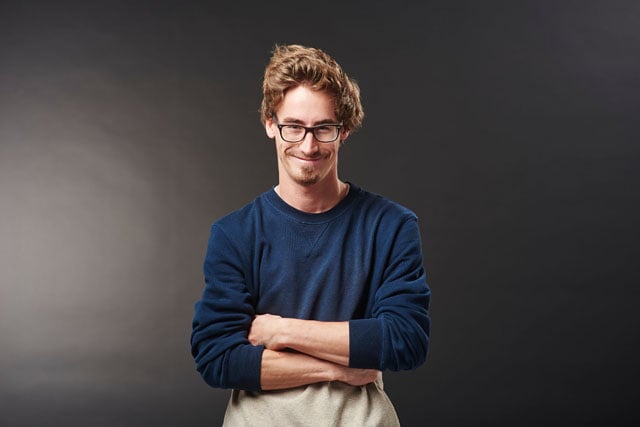 The spill on the backdrop, the shallow depth of field, and some smoke creates a hazy blue-grey-ish thing in the background. Having some light shine a little bit in the frame adds depth.

The snow itself is a fake snow that you can buy at any decoration store. I don’t know the exact material, but it feels like a mix between powder and fabric. The snow is very messy — it gets everywhere. If you shoot indoors, be prepared to clean up afterwards. It took us nearly two hours to have the studio, prep-room and break room cleaned up after each shoot. 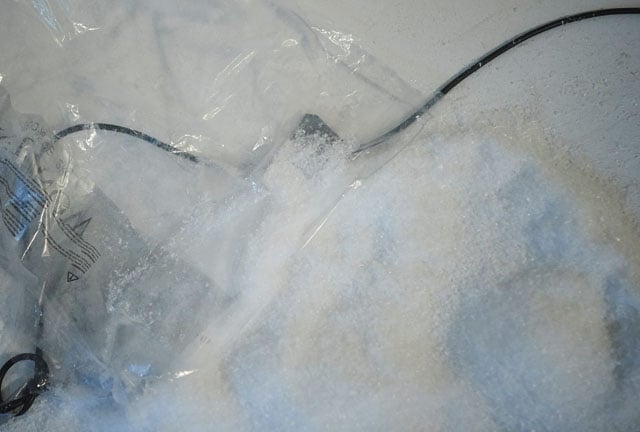 Once everything is set up, the process is simple: pose people, pre-focus, trigger the smoke machine, wait until the smoke is right, have snow thrown from each side, shoot, and then repeat. 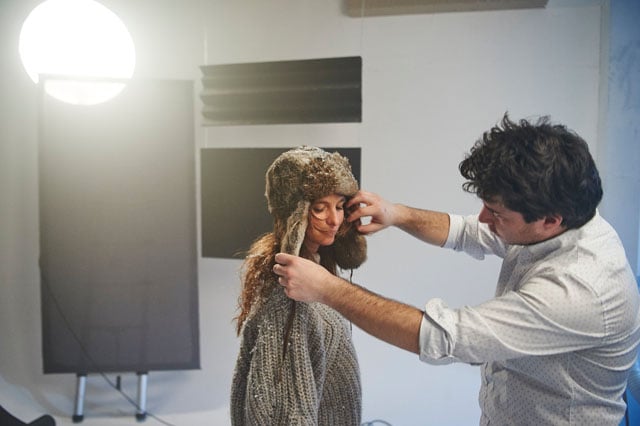 Here are a few things that helped make the effect look and work better:

1.) Smoke creates haze, and that resembles the fog you see in snow
2.) You have to give dimension to the snow: people should throw behind and in front of the person, and with the use of a well positioned fan, you get some snow thrown back in the foreground. 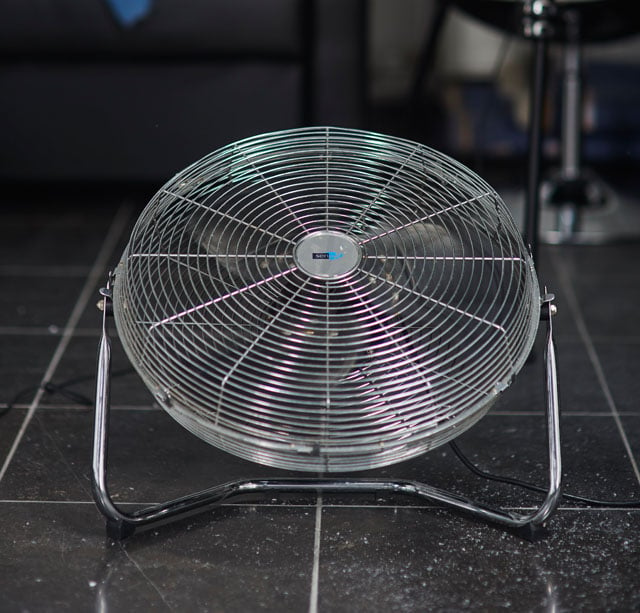 3.) Spray a little bit of water on your lens filter. It’ll be illuminated if light shines onto your lens.

There is only basic post-processing involved: just some basic contrast and color conversion on the raw file and a bit of fine-tuning in Photoshop. I did shoot some snow plates though, just in case I needed them to embelish the snow, but I didn’t end up using them.

It was very cool shoot for everyone. In total, we shot 12 people over the course of 7 hours and the kids had a blast throwing the snow around. Here are some of the photos that resulted: 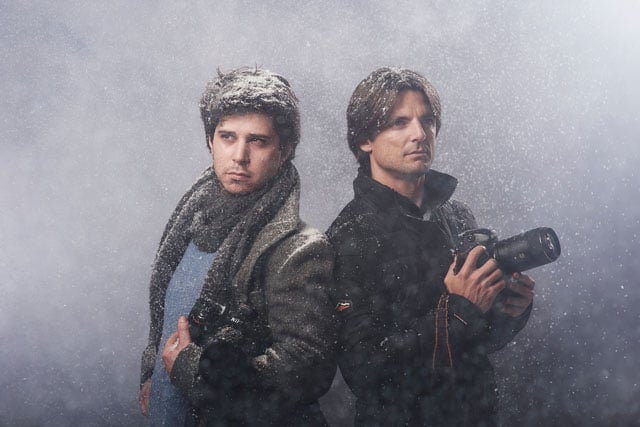 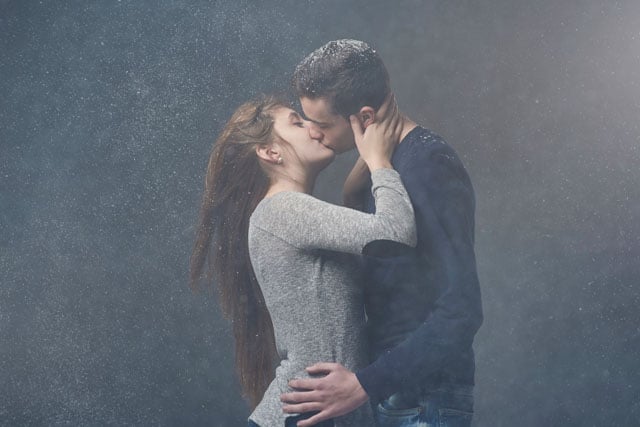 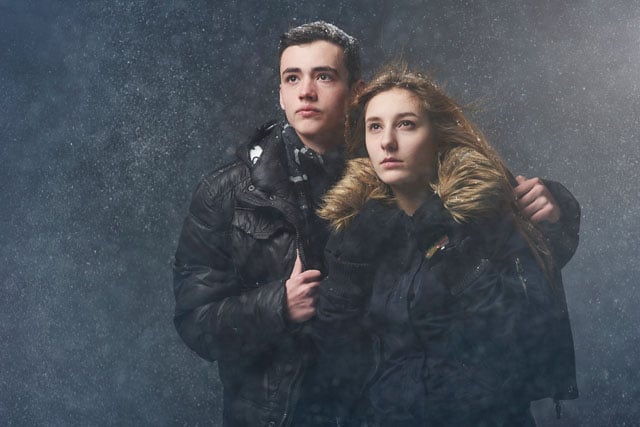 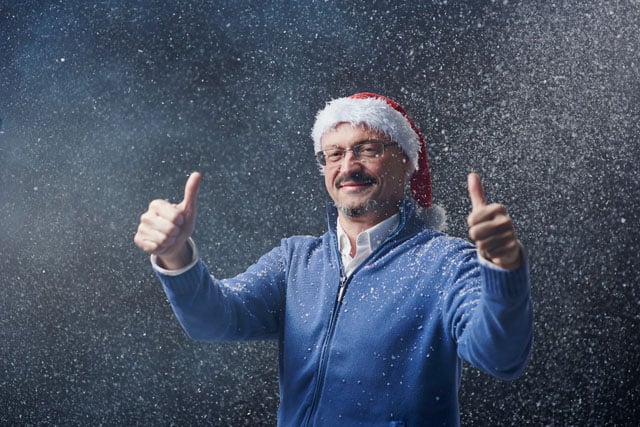 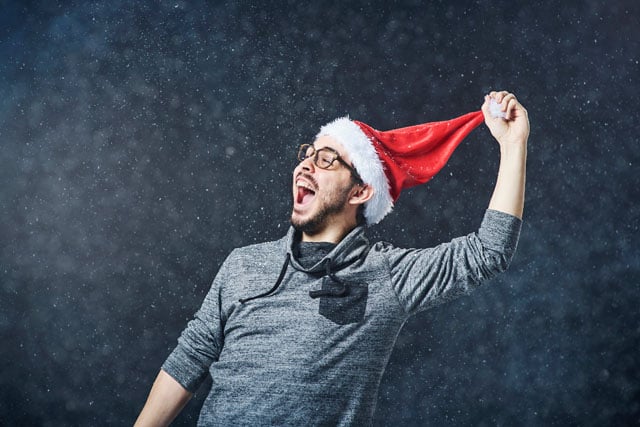 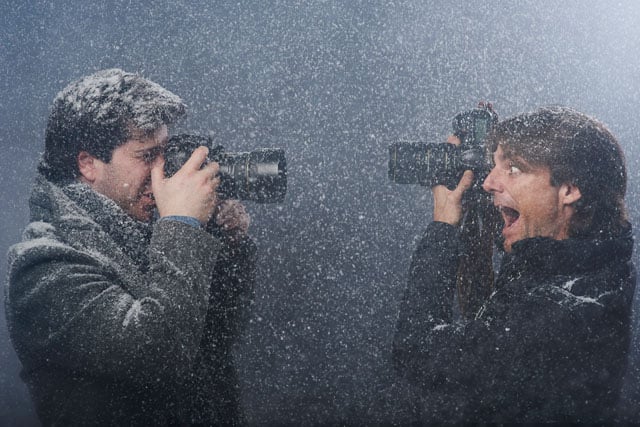 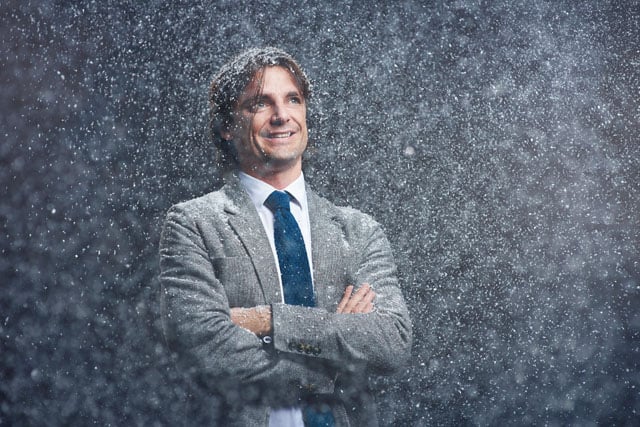 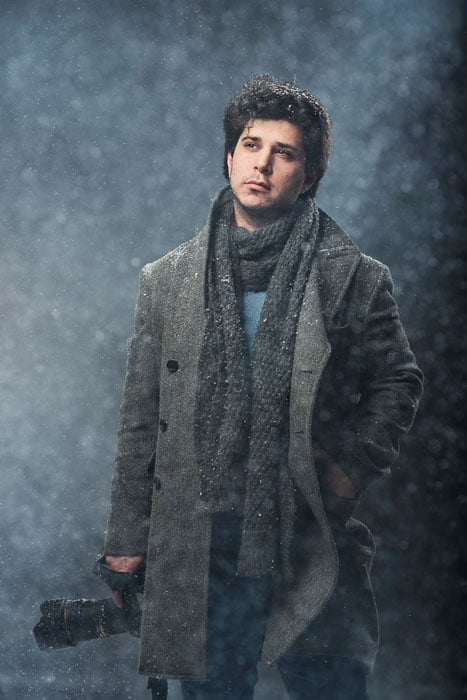 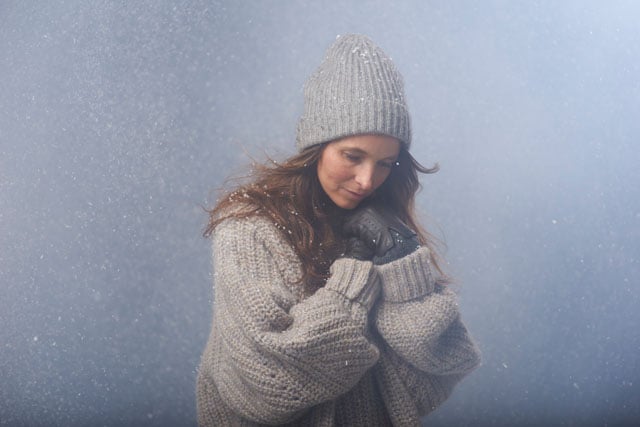 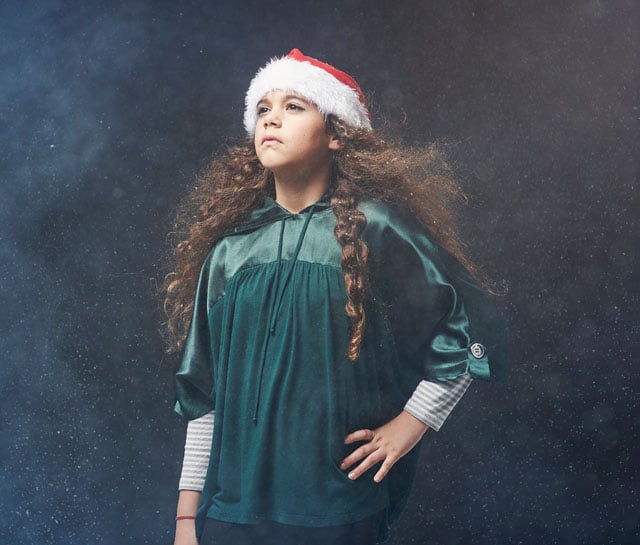 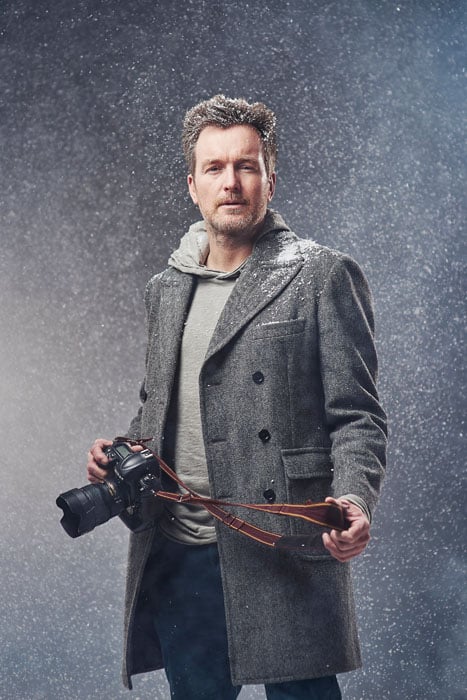 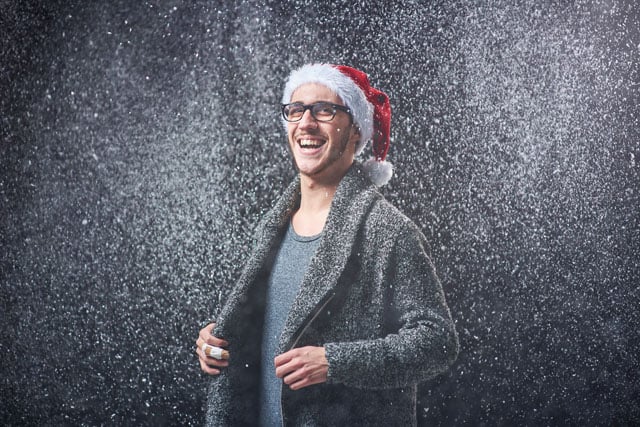 About the author: Jonathan Vahsen is a photographer based in Brussels, Belgium. You can find his work on his website here.

45,000 Drones Registered Despite Reports of Glitches in the Online System