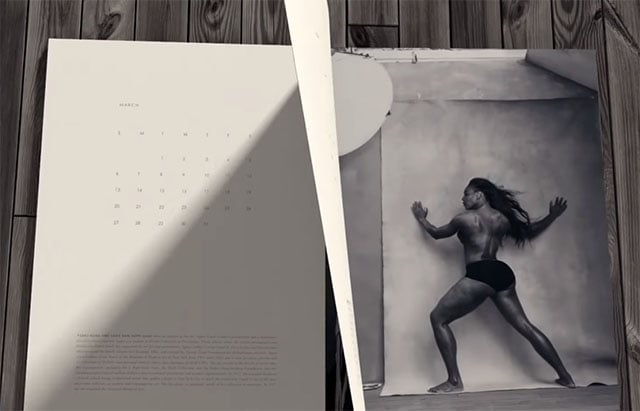 The annually published Pirelli Calendar is known for its history of racy photos by renowned photographers that often show models in various states of undress. The photographer behind this year’s edition is renowned portrait shooter Annie Leibovitz, and instead of focusing on themes of sexuality, Leibovitz has taken the photos in a completely new direction.

Instead of shooting scantily clad (or unclad) models and celebrities, Leibovitz decided to feature portraits of notable women professionals — women who have made a mark in art, entertainment, business, philanthropy, and more.

Among the subjects are 77-year-old Agnes Gund, the president emerita of the Museum of Modern Art, and 46-year-old Mellody Hobson, the president of a $10 billion money management company in Chicago. Both these women, along with a number of others, received quite the shock when they got a call from Leibovitz’s studio with an invitation to participate in the 2016 Pirelli calendar.

There are, however, two notable exceptions to the non-nude theme of the new calendar: December features a nude photo of comedian Amy Schumer, and April shows a topless tennis star Serena Williams with her muscular back facing the camera. 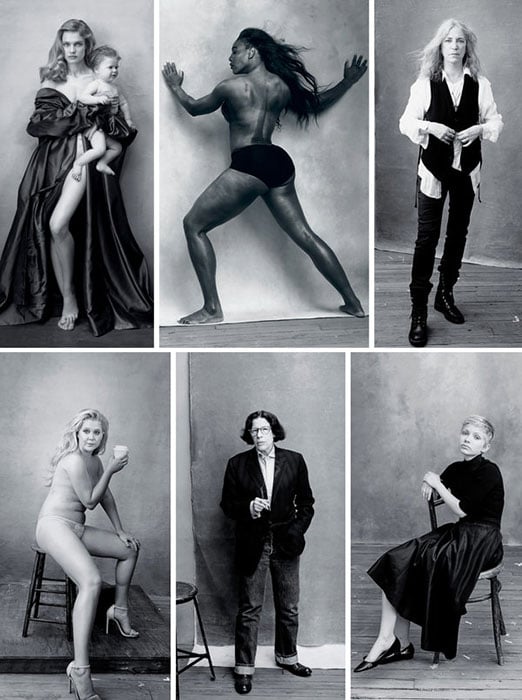 Here are a couple of behind-the-scenes videos showing glimpses of how the portraits were shot in Leibovitz’s studio this past summer, as well as the final portraits that were included in the calendar:

“The whole idea was not to have any pretense in these pictures, and be very straightforward, and show these women exactly who they are,” Leibovitz says.