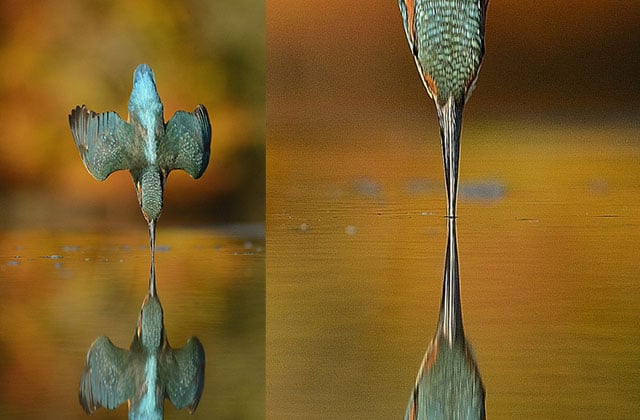 Nailing the perfect shot sometimes requires a lot of patience. Scottish photographer Alan McFadyen would know: he spent an estimated 6 years, 4,200 hours, and 720,000 exposures trying to nail the perfect symmetrical shot of a kingfisher diving into its reflection.

McFadyen spent most of his career as a fisherman before a nasty back injury forced him to pick up a camera instead. He has been doing wildlife photography since 2009.

Growing up, McFadyen used to visit a lake with his late grandfather to watch a kingfisher nesting spot. After taking up photography, McFadyen decided to honor his grandfather by capturing the perfect photo of a kingfisher.

So, he began visiting a lake a few times a week, taking pictures an average of 100 days a year, waiting for an opportunity to capture a kingfisher mid-dive at the surface of the water — and capturing beautiful photos of many other birds over the years.

“Kingfishers dive so fast they are like bullets so taking a good photo requires a lot of luck – and a lot of patience,” McFadyen tells the Daily Mail. He also says that female kingfishers only dive a handful of times per day, so the shot is hard to predict.

Finally, last month, everything came together. A bird did a perfect dive, and McFadyen finally managed to capture a shot in which the tip of the kingfisher’s beak is touching the surface of the lake: 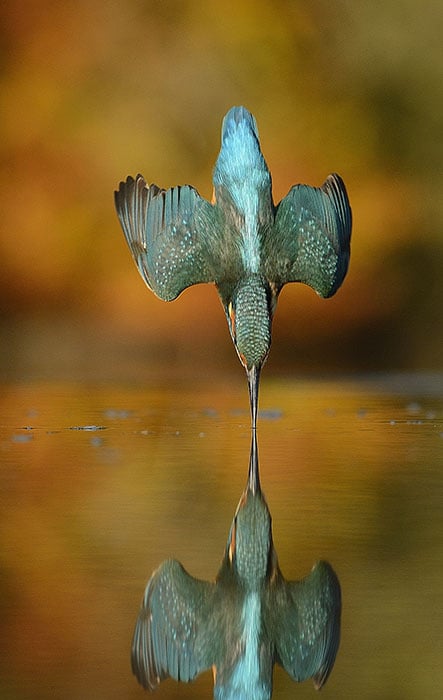 The countless hours spent outdoors was also a way for McFadyen to test his photography hides for bird photographers. McFadyen is the owner of Scottish Photography Hides, which rents out hides for £80 a day. You can find more of his photography in his Flickr photostream.

Image credits: Photograph by Alan McFadyen and used with permission