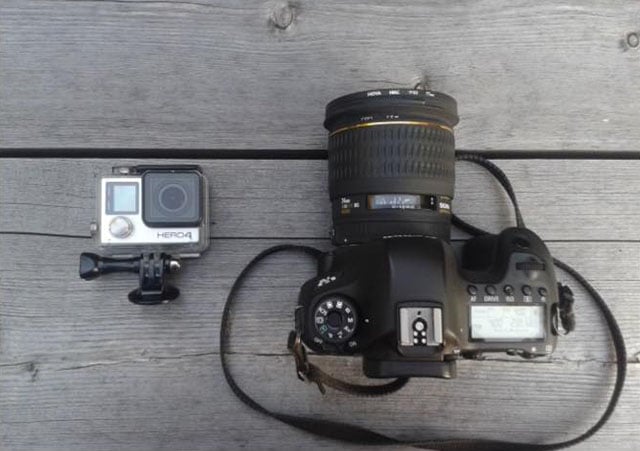 My name is David Anderson and I’m a photographer from Scotland. I recently decided to take a different direction in life: I quit my job, bought a camera, and started traveling to places in Europe I had always dreamed of visiting and photographing.

I have been traveling, on and off, for the past six months, capturing the adventure with my camera. I visited Iceland twice, photographing the amazing landscapes and making a travel film about the landscapes, then through Norway, Sweden and Finland. I photographed the amazing northern lights, the landscapes and culture, and I made another travel film about the adventure. Then, in the summer, I traveled through Belgium, Switzerland and Austria and into Italy.

While working on a third travel film but in Italy, I experienced any photographer’s worst nightmare: my entire camera bag was stolen in plain sight.

I lost my Canon 6D and my two lenses (a Sigma 24mm f/1.8 and Canon 50mm f/1.4), my GoPro HERO4 Black, and, worst of all, 8 memory cards containing about 150 gigabytes of my photography from the past three months of my travels in the Swiss Alps, Austria, the Italian Dolomites, and the places, people and experiences in between. It was all my work: landscape, filming, time-lapse, street photography, people, portraits. The bag also contained my wallet with some cash in it and both of my debit cards. 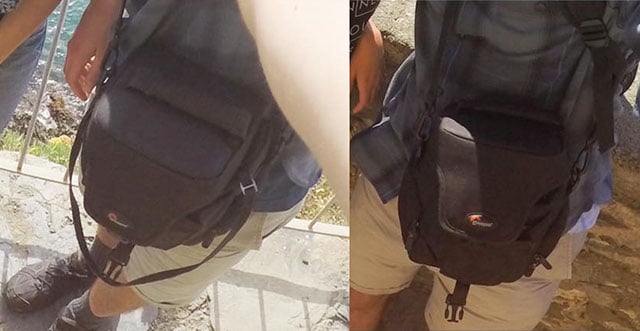 Here’s what happened that day:

On a train headed towards Pisa, I sat down with my backpack on the other seat across from me and with my shoulder strap camera bag still on (as I always do) — it’s not always practical to keep my shoulder bag on all the time, but it’s a rule I usually never break. I keep my camera in my shoulder strap bag so I can have quick access to my camera when I see things I want to photograph or film.

Sitting at the four-seat booth, there were only a few more people on my carriage. I was feeling tired and worn out, 3 months of travel has been catching up with me, and I was also stressed because I had just realised, during the train journey, that I had to catch the last bus once I arrived at the final train station and only had a 5 minute window to do it. I was looking up the address on Google Maps, and at some point I took off my camera bag and put it on the seat next to me — the seat facing the isle — turning my attention to my phone.

The train was arriving at the station, and being lost in Google Maps, I wasn’t aware of the fact that the carriage was now busy with people waiting at the door to get off once the train stopped. And a few people were walking down the isle to the door, past my camera bag. But the bag was still in the corner of my vision.

The train was arriving and I stood up to put on my backpack… letting my camera bag briefly leave my sight for just a second or two. But I was unaware of the fact that I had unwittingly broken my number one golden rule of ‘never taking off the camera bag,’ and for some reason I didn’t put it on first (which I normally do). I quickly turned to pick up my camera bag, and to my utter shock and disbelief, the bag was gone and the seat was empty.

I couldn’t believe my eyes. The first thing I thought was: “Where did I put it?!?”. But I was already 100% sure that it was sitting beside me the whole time. 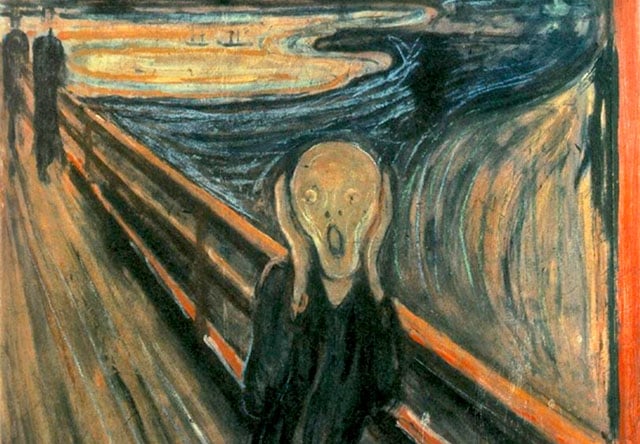 Panic. Suddenly the reality hit me. It’s been lifted. I looked left and right, a few people were going the opposite way down the corridor and to my left, a big group was leaving the train. I ran out after the group, I could have ran after the group searching for the thief, but instead I turned to people on the platform in uniform yelling for the police and to my horror and agony, they couldn’t understand me.

I turned and ran after the group going down the stairs, but they were now in the busy corridor with people going left and right. It’s impossible to see where the possible suspect could be.

Emotion over took me. Three months of my work was in that bag. No. Please no.

The following hours were some of the worst and most heartbreaking I have ever experienced. I reported the theft to the police, but through their lack of English, it was extremely difficult to determine the important details I wanted them to know. They showed me CCTV footage, but it was just impossible to see anything on the lagged low-res playback.

What did I learn from the experience?

#1. Storing cards in a camera bag is a big risk to take.

On my last trip through northern Scandinavia, I traveled with a laptop and a hard drive to back up my photography, but on this trip I wanted to travel lighter as I had struggled with the laptop and all my stuff on the previous trip. I always knew that storing my cards in the small side pocket in the shoulder strap bag was a risk, but I had also determined it was the safest place as the bag usually never comes off or is never out of my sight.

The main thing I have leaned is to absolutely not to do this, I had worried about putting the cards in my main backpack before, but I now know that this is the best way to keep them safe and to avoid something like this happening. Or travel with a laptop or hard drive to be able to back up your work.

#2. Taking a camera bag off and letting it out of sight.

This was my biggest mistake. As I said I usually always keep it on all the time, but on this one occasion when I broke this rule, I was caught of guard. Just keep the bag on, or put the camera in a bigger backpack.

#3. Having travel insurance is essential.

I would feel a lot worse if I knew that I didn’t have travel insurance, the sheer thought of not getting back any of my equipment would just be unimaginable.

If you are feeling tired and worn out or stressed (like I was in this case), take the photography hat off. One thing that I think contributed to this problem was that I am always looking at places as a photographer, even when I’m tired. That’s why my camera was not in my backpack, but if I had just decided to turn off the photographer mindset and turn my attention to the situation at hand, this might not have happened.

The only comfort I got in the following days of this nightmarish event was the fact that I knew that I had my equipment covered with insurance and that I had a small selection of the best pictures from the trip backed up on my iPad.

However, I did lose about 90% of my work, and it looks like I will never get it back despite my online efforts to spread the word with locals in the city. Hopefully some of you can learn from my mistake and take steps to avoid ever having this nightmare yourself.

Photoshop Fix Might Put a Smile on Your Face

This Surreal ‘HyperZoom’ Time-Lapse Looks Like One Continuous Shot