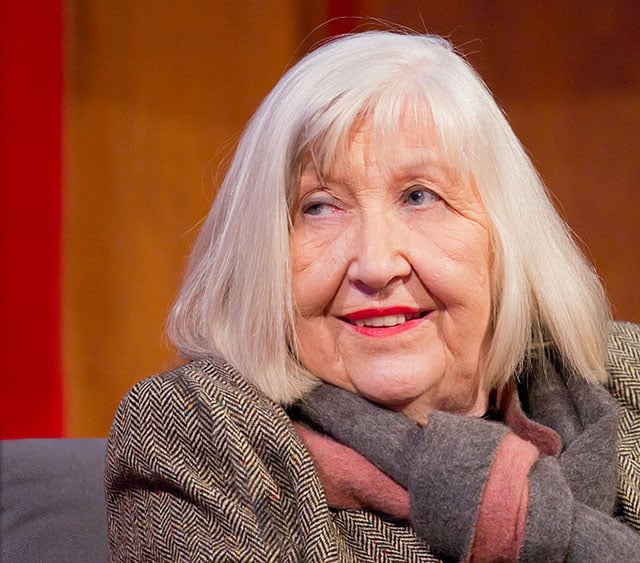 If you have a formal education in photography, there’s a good chance you studied the work of Hilla Becher. Together with her late husband Bernd, Hilla founded what’s known as the “Becher School” in photography, and the couple’s black-and-white industrial photos of Germany — called “typologies” — influenced a generation of photographers, including the renowned German photographer Andreas Gursky.

Hilla passed away in Dusseldorf, Germany, this past Saturday at the age of 81.

Bernd and Hilla Becher were known for their systematic photos of industrial machines and architecture in Germany, a typological study of those things. By capturing their subjects in a stark, emotionless, and plain manner, the photographers force the viewer to pay close attention to the design and details.

The photos were captured with an 8×10 large format camera, and the images were exhibited in grids in some of the most prominent galleries and museums in the world.

The trademark look of the Becher’s photos became studied and imitated by photographers around the world. Gursky, who trained under the Bechers in the 1980s, brings a similar eye and approach to his large-scale works.

Here’s a short interview with the Bechers by Michael Blackwood Productions:

You can read more about the Becher’s life, work, and influence in this comprehensive Wikipedia article.

(via Le Monde via Phogotraphy)

Woman Arrested After Live Streaming Herself Drunk Driving on Periscope

B&H Slammed with Accusations of Mistreatment and Discrimination