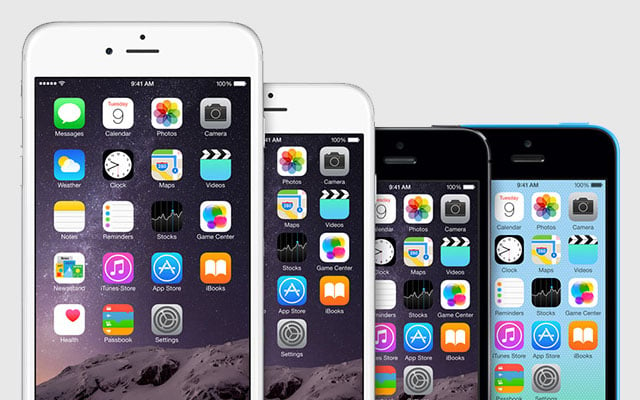 Only a Luddite would still categorize Apple as a computer company. Indeed, the company officially changed its name in 2007, dropping “Computer” and simply settling for “Apple, Inc.” Still, most people probably think of Apple as the maker of the iPhone and iPad, and to a lesser extent as the company that makes MacBooks and iMacs.

But let me suggest that Apple is the most important camera company today. 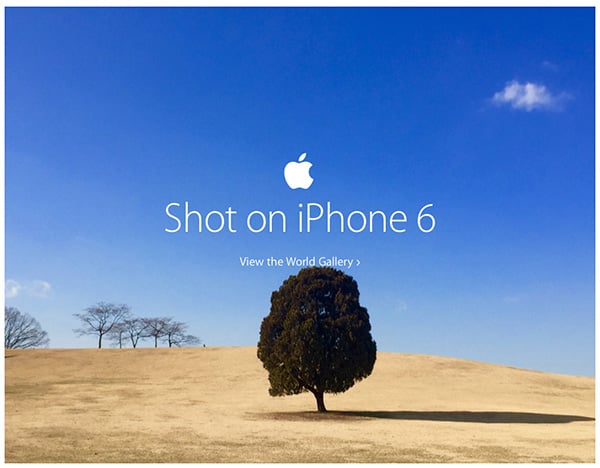 Over a cup of coffee the other day, @jbchan told me, “The one thing that Apple understands is photography.” It took a few seconds to register in my brain, but it suddenly became obvious. The iPhone is a transformative camera in the same way that the Kodak Brownie brought film photography to the masses. The Brownie’s slogan? “You press the button, we do the rest.” 115 years later, consumers still desire the same ease of use. 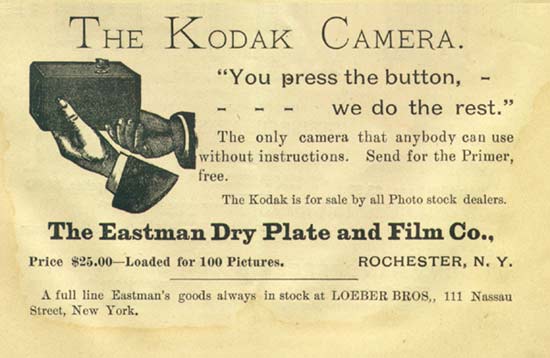 Industry consultant Heino Hilbig posits that the contemporary decline in camera sales isn’t a function of a bad economy nor the rise of the smartphone, but rather an element of fun and ease of use that is inherent in a smartphone, and missing from the traditional camera. He suggests that the camera industry could buck the trend by simply creating future cameras that prioritize ease of use over features (e.g. scene modes, dials, multiple storage media types).

Indeed, in considering how the camera of the future will manifest itself, I’m pretty sure the camera of the future isn’t from the past. I don’t agree completely with Hilbig. Yes, it’s true that today’s standalone cameras are generally too complicated to use and filled with menu systems that require the patience of Job. But the iPhone isn’t just about simplicity – Apple enabled an ecosystem that takes photography beyond capture to social sharing. And sharing photos is where joy originates for most people (but not necessarily for most “photographers”). 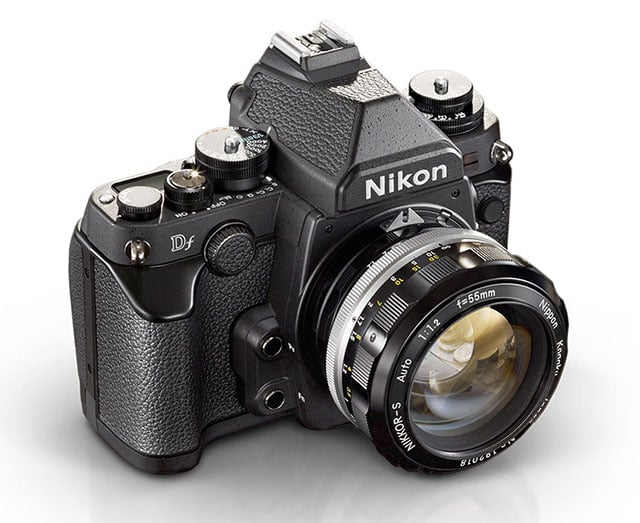 Although it took two years after the product launch for Apple to support third party apps, the App Store has become a crucial part of Apple’s success as a camera manufacturer. Android has apps, but the ecosystem simply isn’t as tidy. And given the way phone manufacturers customize builds of Android, the experience simply isn’t as tightly integrated nor fast as the iPhone.

As photography has become increasingly less precious, a second wave of vernacular photography has emerged – an often disposable version that is as much language as it is optical capture. “What are you doing?” is now as likely to be answered with a photo as it is with a text.

– Apple has built an entire iPhone advertising campaign around “shot on iPhone” suggesting that photography is the key feature.

– The latest incarnation of iCloud and the Photos app automatically syncs photos with the cloud eliminating the need to manually ingest and back-up.

– Photo and photo-sharing apps continue to dominate the Apple app ecosystem as evidenced by the App Store rankings.

In Apple’s world, technical decisions like exposure are handled by the software. Complicated lighting? The iPhone automatically turns on HDR. Don’t like the exposure? Drag your finger to adjust with the WYSIWYG interface. Need to stylize your photo? Do it “in camera” with a plethora of apps from VSCO to Instagram. There’s a filter for that.

In the traditional camera industry, mirrorless shift is impressive. But as Michael Heath points out, it’s probably not going to save the camera industry. The cameras are smaller and stocked with impressive dynamic range, high ISO support and even 4K video. But they still aren’t as easy as the iPhone. At least their batteries tend to last longer.

Photos and video are the currency of social media. The iPhone prints this currency. There are better smartphone cameras, but not a better ecosystem. And if the rumors are true, the iPhone 6s will continue to trailblaze with a 12MP camera, 4K video, and who knows what other behind-the-scenes improvements to its processing algorithm.

Traditional camera manufacturers can try to evolve, but they are at a distinct disadvantage by not being Internet-enabled devices. Imagine if your Nikon or Canon point and shoot could run Instagram and wirelessly connect to the Internet. Would a material percentage of 2014’s 1.5 billion smartphone purchasers choose these dedicated cameras? Very possibly enough to alter the downward growth trajectory.

How will Apple continue to dominate the camera space? Sensors and the processing algorithms will undoubtedly continue to improve. But I, for one, would love to see Apple develop an iPhone 7P. The “P” is for photography. Add back 2mm to the device’s profile, which would enable a larger battery, and install an even better camera (bigger lens, bigger sensor) for people who love photography. I would easily pay a $100 premium for the specialized device. I have to think they would sell more of these than the iPhone 6c.

The most important camera company of any era is the one that entices the average consumer to take more photos. Leica might have “invented” the 35mm camera, but their audience was and is niche. The digital camera might have been an unavoidable technological shift, but the real explosion in the number of photos taken is almost certainly attributable to the iPhone and the apps that it supports.

I don’t know how Apple will fare with TVs and autonomous cars, but I know the one thing that Apple understands is photography.

This New Algorithm Gives Photos the Look of Famous Paintings