The Moon Terminator Illusion is when the sunlight hitting the moon doesn’t appear to be coming in a straight line from the Sun — at least from our perspective while looking up at the sky: 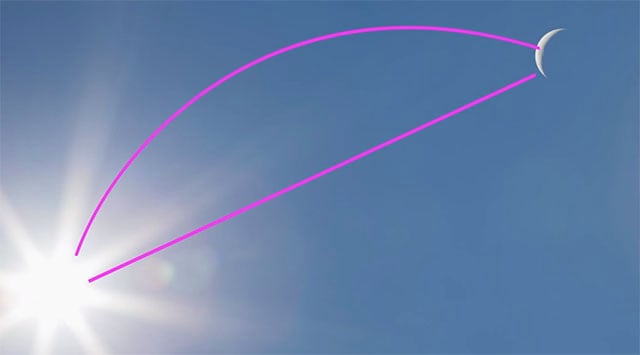 The Dolly Zoom Effect, popularized by Hitchcock in his films, keeps a subject at the same relative size in the frame while changing the distance and focal length — what results is a trippy effect that can add drama to a shot:

Stevens explains these two things and other optical phenomena in the video above. At about 7m20s in, Stevens talks about the difference between moving and zooming in on a scene and how the resulting photo/footage differs.

This Amazing Photo Shows a Surfer Above Water and Photographers Below