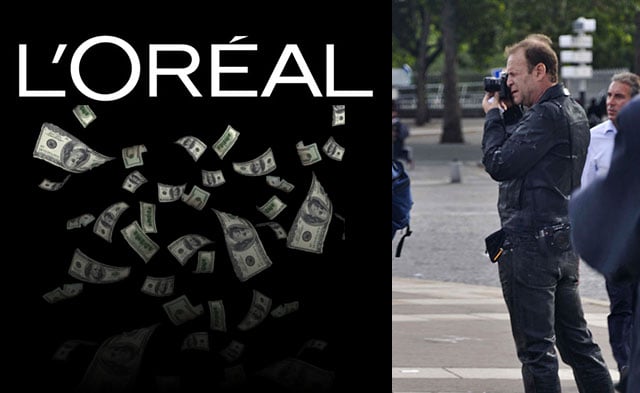 French photographer Francois-Marie Banier has been sentenced to three years in jail after the courts found him guilty of taking advantage of France’s richest woman while she had dementia, manipulating her into giving him cash and gifts worth an estimated €414 million (~$455 million).

TIME reports that the street and portrait photographer first met L’Oreal’s heiress Liliane Bettencourt back in the late 1980s when he photographed her for a French magazine.

Then between 2006 and 2009, during a period in which Bettencourt suffered from mixed dementia, Banier received cash payments totaling €160 million (~$176 million), life insurance policies, paintings by legendary artists (e.g. Picasso, Matisse, Mondrian), manuscripts, and more. Bettencourt, currently 92 years old and worth more than $43 billion, had also briefly made Banier her sole heir in her will.

In 2007, Bettencourt’s daughter filed a criminal complaint against Banier, accusing him of manipulating his mother. In court, Banier defended his actions and the gifts he received, saying, “Yes, these sums might appear to be enormous, but that made her so happy. What’s the price of happiness?”

The courts disagreed with Banier, finding him guilty of taking advantage of Bettencourt’s fragile mental state in order to profit from her wealth.

Richard Prince Victim Responds by Selling His $90,000 Artwork for $90