How far would you go for the perfect wildlife photo? Would you sit on a rotting whale carcass in the midst of great white shark feeding frenzy? Well, that’s exactly what one scientist photographer does in the clip above, which aired back in 2008 on the Discovery Channel.

As the narrator says, the 10-meter-long whale carcass was found washed up on a public beach in South Africa. Unsure of what to do, scientists decided to tow the giant mass of flesh out to sea.

On the second morning, after sharks had eaten away all the blubber from the carcass, one scientist decided to jump at the once-in-a-lifetime opportunity by boarding the floating whale carcass to observe and photograph the sharks up close. 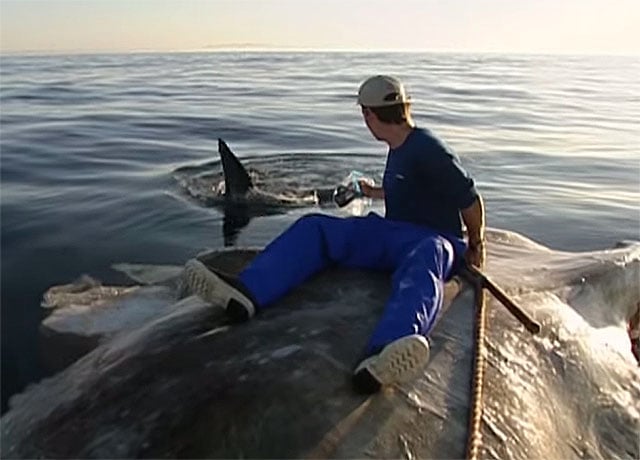 “This is about the dumbest thing I’ve ever done,” the scientist says. “Anything for a good picture.”

While we don’t have any resulting photos to show you, here’s a taste of what he experienced that day: 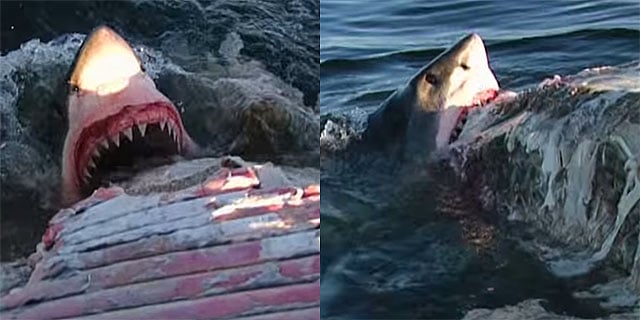 Image credits: Video and still frames by the Discovery Channel

The Lomography Petzval 58 is the First Petzval Bokeh Control Lens