‘Like a Photograph’ is a strange and mysterious short film created by Tom Varisco. Here’s what the description says: “A casual snapshot of a woman reveals a dark truth about the photographer.”

The whole thing is based on a single snapshot photograph that Varisco shot a number of years ago. Varisco found himself repeatedly revisiting the photograph and studying it. “I simply liked the image and liked that I accidentally captured my shadow taking the picture,” he tells PetaPixel. “It seemed ‘cinematic.'”

Having produced a number of experimental short films that have been featured at various film festivals, Varisco shared the photo with his friend John Biguenet and asked him to apply his “extraordinary writing skills” to creating a narrative with it. 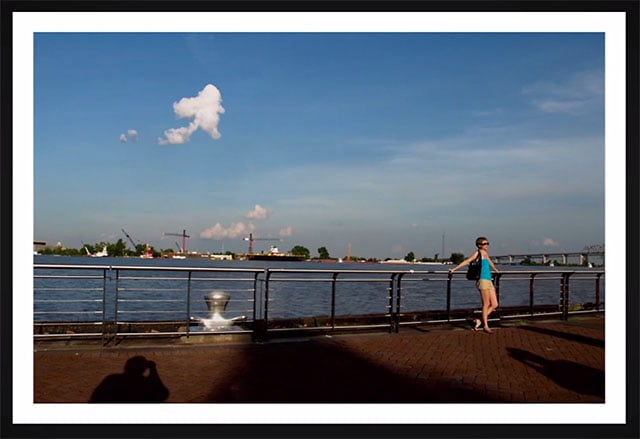 “Photographs, like our memories, can be deceptive — unreliable,” Varisco says. “The narrator is unreliable…and maybe a bit creepy?”

“He is trying to solve his own mystery and comes to the conclusion that the subject of his search is not really the girl in the photo or the photo itself but the person taking the photo — himself.”

The narrator in the film concludes his thoughts by saying: “That’s what it’s like, the thing I’m talking about. It’s like a photograph. It’s like that kind of photograph.”

What’s your interpretation of this film? What’s the man talking about?

(via Tom Varisco via DigitalRev)