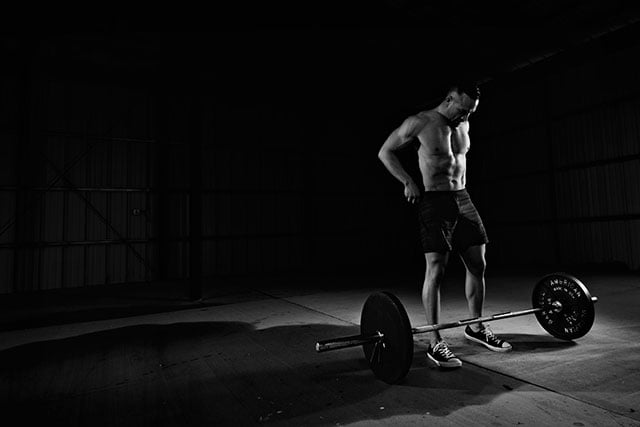 I think, as an industry, photographers talk about inspiration a lot. We are either trying to find it, discover it or attempting to evoke it. I’ve recently found inspiration in the last place I would expect it: in my own work. More than the work, actually, the inspiration is from the subjects. And the inspiration that affected me has nothing to do with photography. Over the last two years, I’ve stumbled into photographing more athletes and fitness enthusiasts, and it has, in great part, inspired me to take better care of myself.

So who are these people that inspired me?

I photographed NBA superstar Kevin Durant a couple of years ago. KD absolutely is the biggest-name athlete I’ve had the privilege of working with to make a portrait. He is, however, at the bottom of my list of people I’ve photographed that I’ve drawn inspiration from for my own journey.

I know. That’s sacrilege for an Oklahoma resident. Sorry KD. Alright, so who then?! Let’s start with Brian Hunter. Long story short, Brian was abandoned by his father as a child as well as being diagnosed with polio. He didn’t let that slow him down. As an adult learning about the orphan situation in Mongolia, Brian decided he would run the 1,500 miles across the country to raise awareness for the plight. He would complete his run in 70 days. That’s nearly 60 marathons! 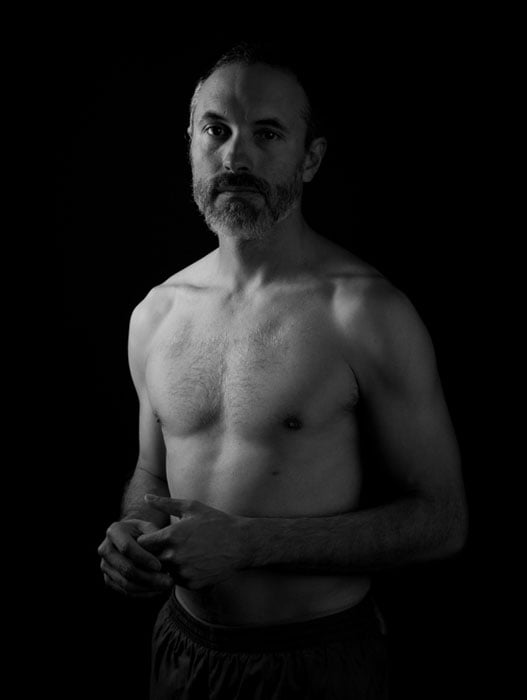 How about Jill Bates, who had lost 100 pounds at the time I photographed her. A few months later, I see a Facebook post from Jill where she is rocking some six-pack abs. One quote from Jill’s magazine article that stuck with me, “When you tell people that you lost 100 pounds, they want to know what you did and how you did it. My response of diet and exercise got a lot of disappointed looks. Sorry, no magic diet, no pills, no surgery.” Then there is Katie Russell, who is a wife and mother of two. At the time of her write up in Women’s Health, she had gone from 230 pounds to 137 pounds. That, in and of itself, is amazing but only part of her inspiring acts. Katie runs to raise money for Water4, a program that drills water wells in countries with water scarcity. At the time we met, she had raised more than $100,000. Then there’s these two: While body building and bikini competitions and such seem to be rather polarizing, one can not but help be in awe of the dedication it takes to achieve these types of physiques. 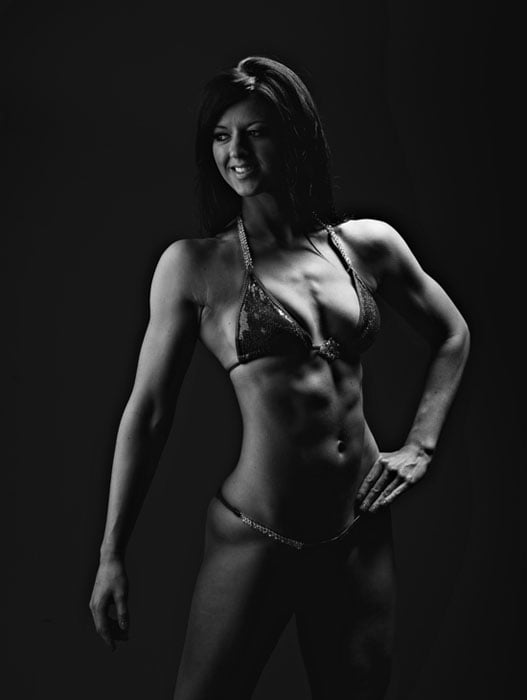 And, of course, there is Jason McClendon. Jason’s been all over my website and social media outlets lately. Jason decided he wanted to look better at 40 than he did at 30, dropped a ton of weight and got healthy. Jason said one thing that really stuck with me during his profile. “To live this lifestyle, you’ve got to do it even when you don’t want too.” I’ve made it my mantra. 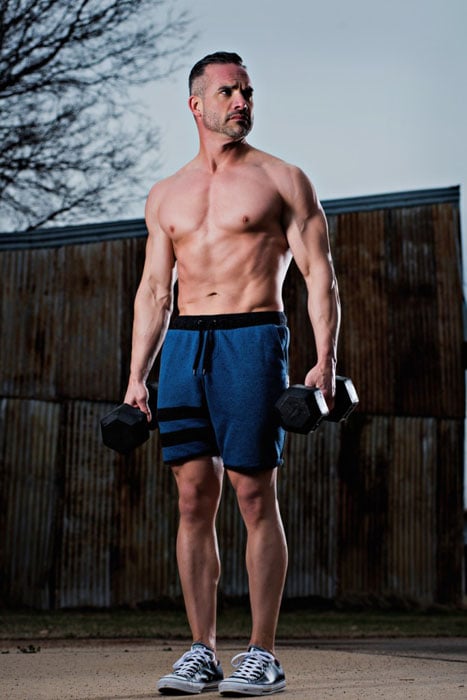 These people have all inspired me to get healthy in some way or another. But there is one last person that I need to credit with inspiration that I didn’t photograph recently: my father. He passed away just over a year ago, and I’m sure that his death totally could have been avoided if he would have taken better care of himself. It took me the better part of a year to dig myself out of the disappointment and anger that I felt. In the end, I realized that it was too late for him, but not for me. I had to make changes. 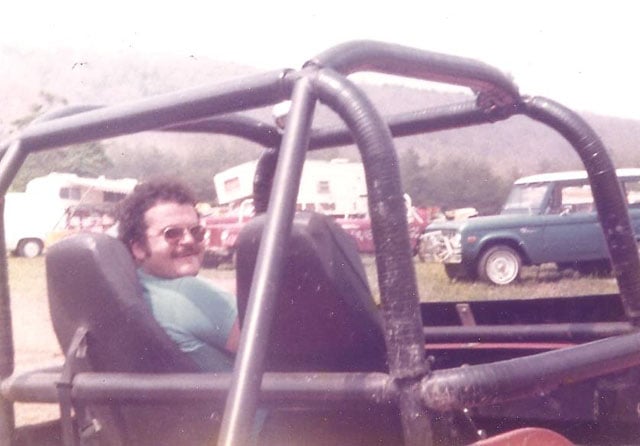 In 2006, I was diagnosed as a Type II Diabetic. My diet was terrible and my waist line reflected it. I probably weighed more than 250 pounds. While I shed about 25 pounds quickly after my diagnosis, I still lived in denial about the diabetes. I waffled on my diet and my sugars were never really under control. This went on for the better part of 8 years.

Like everyone, at the beginning of this year, I decided to make some changes. It was the same decision I’d made to myself many years before. But something happened this year: I stuck with it. I started working with a trainer in January twice a week and added a little bit of running. By February, I was running several times a week at increasingly greater distances. Then two things happened in March: I went to the doctor and for the first time in 8 years I had a normal range A1C (this is the number that measures average blood sugar over the course of 3 months) and I ran 10 miles one day.

Two things I never thought I would see or be able to do. Now anything seems possible when it comes to my health, and I have not only the portrait subjects above to thank for being inspirations but all the people that are around me now. 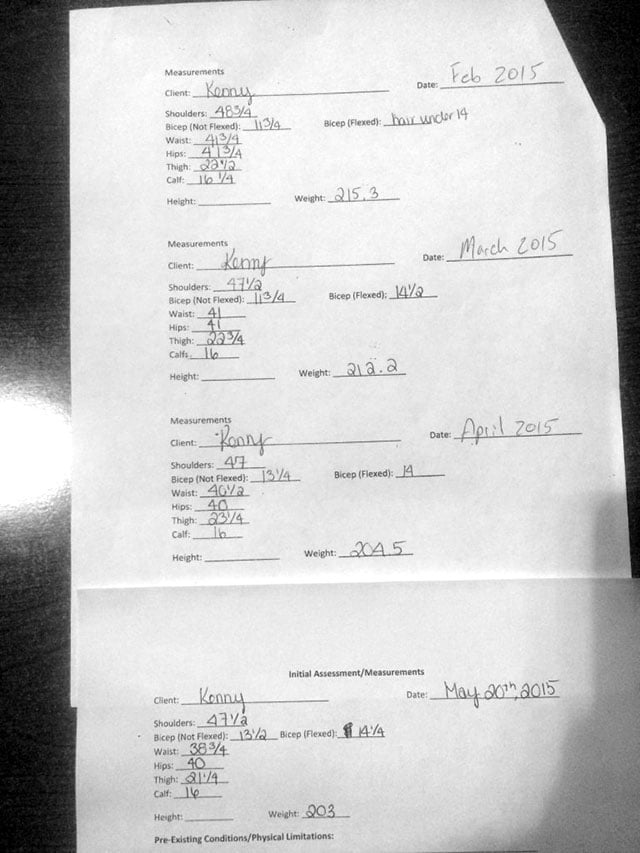 These are my measurements from February 2015 through May 20, 2015. This tells the story better than a picture of me could. Small losses and gains from month to month, but when you compare where I started to where I am now you can see how it adds up.

I still have work to do, but I keep drawing inspiration from the people I’ve photographed that have already done it. As well as the thought of the people who won’t get the opportunity.

I have to do it, even when I don’t want too.

About the author: Kenneth M. Ruggiano is a photographer, husband, and Eagle Scout based in Tulsa, Oklahoma. Visit his website here. This article originally appeared here.