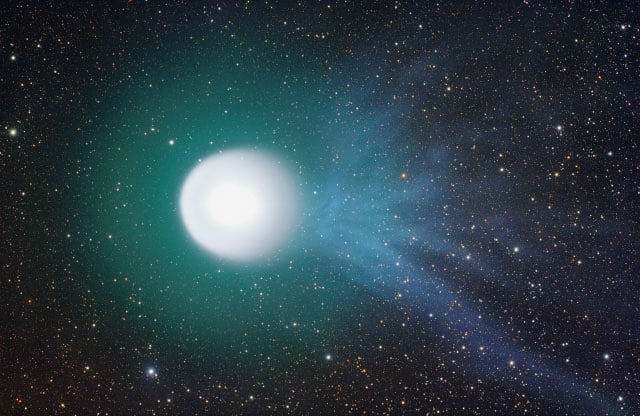 Did you know that back in 2010, scientists managed to calculate the orbit of a comet using amateur photographs found on the Internet? It worked with a high degree of accuracy, and it was a brilliant idea for using crowdsourced photos in an unconventional way.

A team of astronomers from NYU and Princeton, led by Dustin Lang and David Hogg, started by searching Yahoo for photos of “Comet Holmes.” The initial search returned 2309 photos. After duplicates were removed, 2241 remained.

They then put the photos through special astrometric calibration software to figure out what section of the sky each photographer was pointing their camera at. 1299 photos were found to be useful after this step. 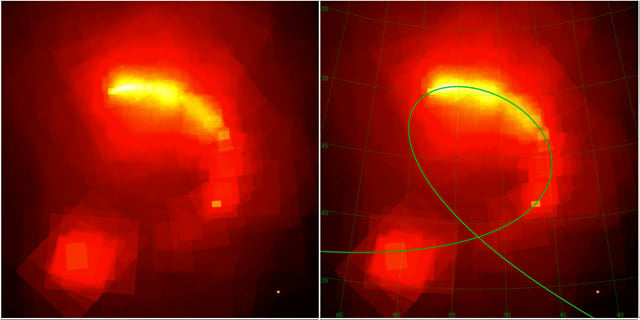 Of those, 422 had timestamps in the EXIF data, which the scientists determined to be largely consistent with each other.

By putting all the data together, the scientists were able to create a plot of Comet Holmes’ path that closely matched the path calculated by NASA’s Jet Propulsion Lab.

“The biggest lesson is that there is enormous information about astronomy available in uncurated nonprofessional images on the Web.” the scientists write. “We have only scratched this surface.”

The scientists believe that this same technique could be used to build a survey of the entire night sky.

P.S. If you’d like to read the published paper on this project yourself, you can find it here.

Please Reply #yes to Give Us Unlimited Rights to Your Photo