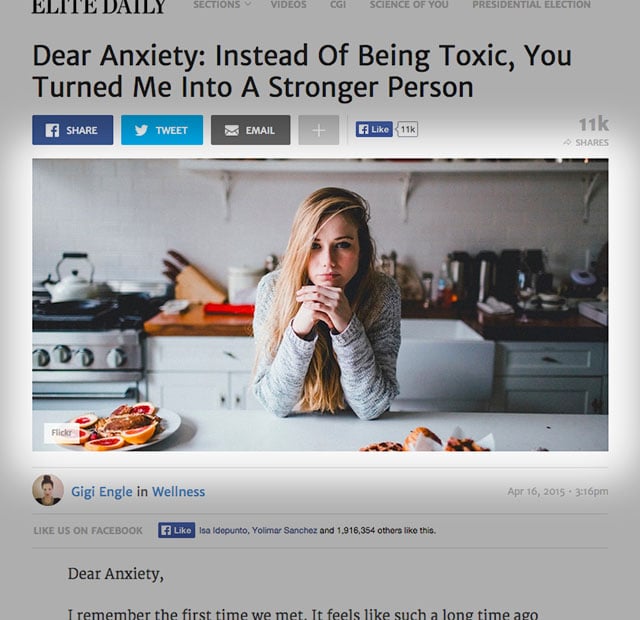 It seems that the viral content blog EliteDaily hasn’t learned its lesson despite the current copyright infringement lawsuit being brought by photojournalist Peter Menzel. Another photo has been misused for a viral article, and photographers aren’t happy with how the writer is responding.

The controversy started last week when staff writer Gigi Engle published a post titled “Dear Anxiety: Instead Of Being Toxic, You Turned Me Into A Stronger Person.” The piece has since attracted over 11,000 likes on Facebook.

At the top of the story was a photo of a woman named Claudia by Brooklyn-based photographer Sam Fan. The problem is, neither Fan nor his subject were asked whether the photo could be published and used as the “face of anxiety.”

@EliteDaily @GigiEngle Using a photographers image without permission OR proper credit is NOT ok. Please amend this in your anxiety article

Apparently @EliteDaily doesn't care much for artists, and neither do their "writers" @GigiEngle

Engle responded to some of the messages saying that the photo isn’t her responsibility, but the EliteDaily photo department’s: Those initial responses have since been deleted by Engle. As photographers continued to question her about the photo usage, Engle began responding with blocks and ridicule: 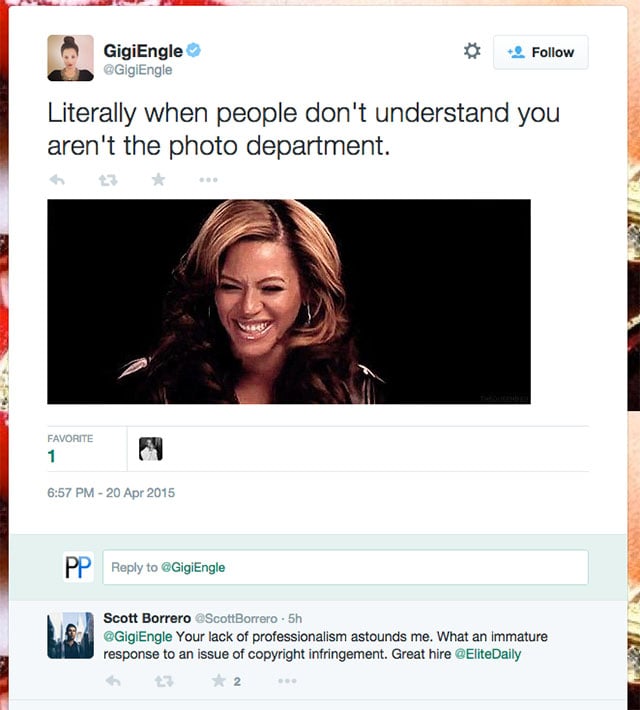 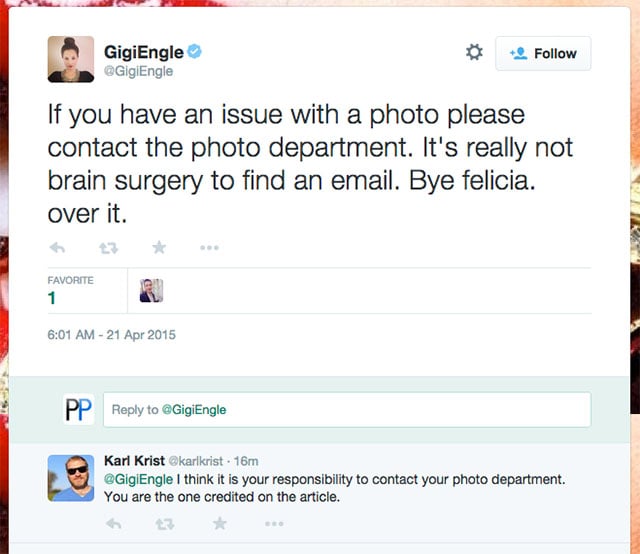 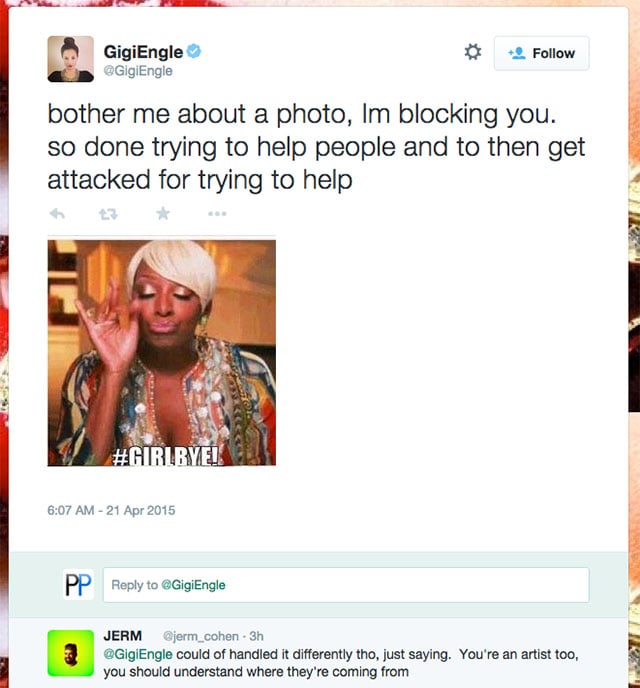 On the other hand, Fan is still waiting to hear back:

As of the time of this post, the photo is still being used on the viral post, albeit with a credit link to Fan’s Tumblr website, where the image was presumably found by EliteDaily.

Photographers Arrested and Kicked Out of Indonesia for Illegal Photo Shoots