Pro tip: Don’t fly your camera drone too close to chimpanzees. They might knock it out of the air using a stick.

That’s what happened to one camera drone user over in the Netherlands while flying a drone in a zoo’s chimpanzee habitat. One of the chimps decided that “enough is enough” when it came to bearing with the pesky and loud flying object.

The video was shared online yesterday by the Royal Burgers’ Zoo in Arnhem, Netherlands, one of the biggest zoos in the country.

While capturing a birds eye view of the chimp enclosure, one of the chimpanzees climbed up one of the structures and ambushed the drone as it flew by using a branch. 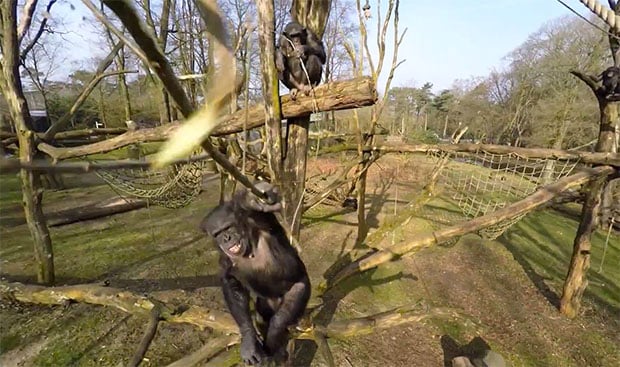 The chimps then gathered around the fallen drone to inspect their “kill.” 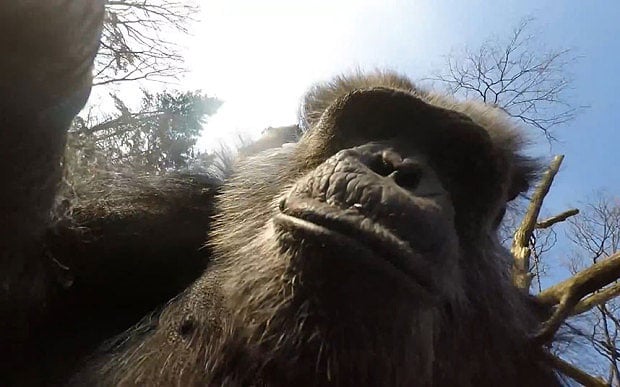 Here’s an animated GIF showing the chimp’s ambush, as seen from the drone’s point of view:

The zoo writes that the drone was completely destroyed by the attack, but that the GoPro survived with the unique footage seen above.

(via The Concourse and The Telegraph)

Nikon D7200 Crowned the New King of APS-C by DxOMark