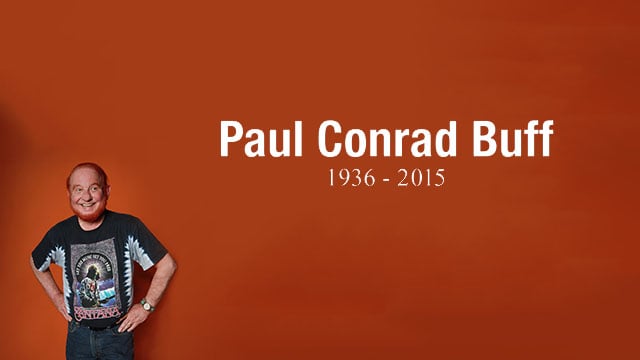 The world of photography lost one of its own this week. Photographic lighting pioneer Paul C. Buff has passed away at the age of 78. Among his many contributions to photography were White Lightning, AlienBees, Einstein flash units; the CyberSync radio remote system; and the Vagabond power system.

Paul C. Buff, Inc., the eponymous company Buff founded in 1980, announced the news of Buff’s passing on its website along side a short bio of Buff and his company.

The company was originally formed in 1980 as a research company. Since that time, even as it rose to prominence in the photo industry as a manufacturer of popular and powerful (yet affordable) equipment, Buff remained the sole stockholder in the business.

Buff had originally started out in the music industry as a recording studio owner and, shortly afterward, a maker of professional audio equipment. It was in 1980 that he decided to turn his attention to photography and studio lighting.

“His premise was that the equipment of the day was reserved for very few who could afford it, and that the state of the art was industrial/dinosaur technology, inefficient and inaccurate, and packaged in gigantic black steel boxes and sold at way-inflated prices,” his company writes. “He reasoned that hundreds of thousands of photographers would welcome a practical and affordable studio flash and the many advantages it offered over the ubiquitous camera mounted speedlite.”

In 1981, a year after he formed his company, Buff launched the White Lightning at a price of $140, a ridiculously low figure for what the product offered.

Over the years, Buff went on to develop several more industry-changing pieces of equipment that brought more photographers into advanced lighting and which caused competitors to rethink their products and prices.

It was Buff’s focus on quality, innovation, and pricing that helped transform the landscape of the photography industry over the past three-and-a-half decades. As his company writes, “the world has lost one of its most creative and adventurous pioneers.” RIP.