When Israeli freelance artist Ynon Lan visited New York City earlier this year, he wanted to capture the things he saw in a way that conveyed the constant energy he felt as he walked around. He then came up with the idea of taking thousands of still photographs of particular themes and combine them afterward into a video as a flowing visual experience.


Lan tells DIYPhotography that he captured roughly 3,600 individual photographs with his Canon 550D for the project and ended up using 330 of them in the minute-long final short film (seen above).

He focused on brownstone building entrances, yellow taxi cabs, pedestrians walking on sidewalks, and Starbucks coffee shop logos. Once he had the images he needed, he aligned each of his subjects in the center of the frame and combined the frames in Premiere and After Effects. The ambient sound you hear was also recorded on location. 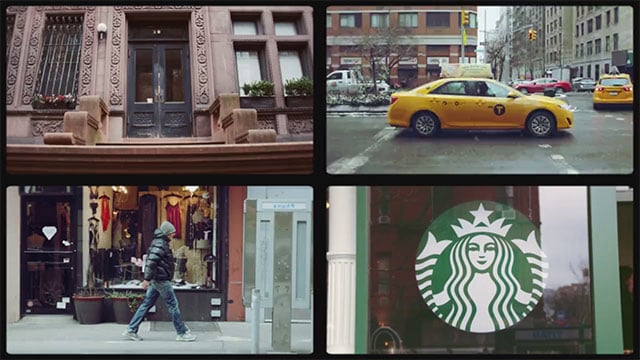 The photos took a week to shoot in his spare time, but the tedious editing process took a month to complete (notice how he found just the right photo of people on sidewalks for each portion of the animated person’s walk).