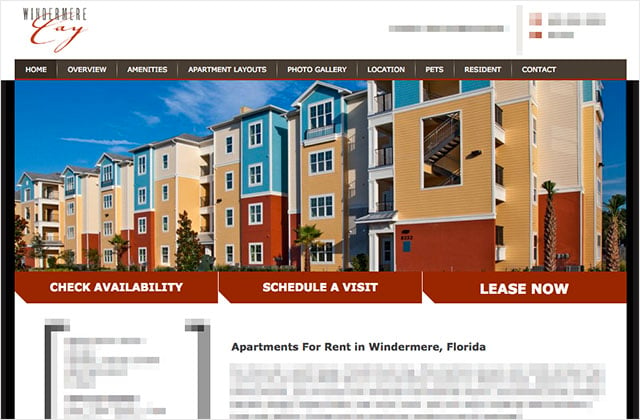 An apartment complex near Orlando, Florida, is receiving a torrent of bad publicity after one of its tenant contracts was published online. The document forces tenants to agree to a $10,000 fine if they post a bad review of the complex online, and it claims copyright to all photographs taken by tenants in the complex.

Ars Technica first reported on the Windermere Cay apartments’ “Social Media Addendum” yesterday, sharing a copy of the document for everyone to see: 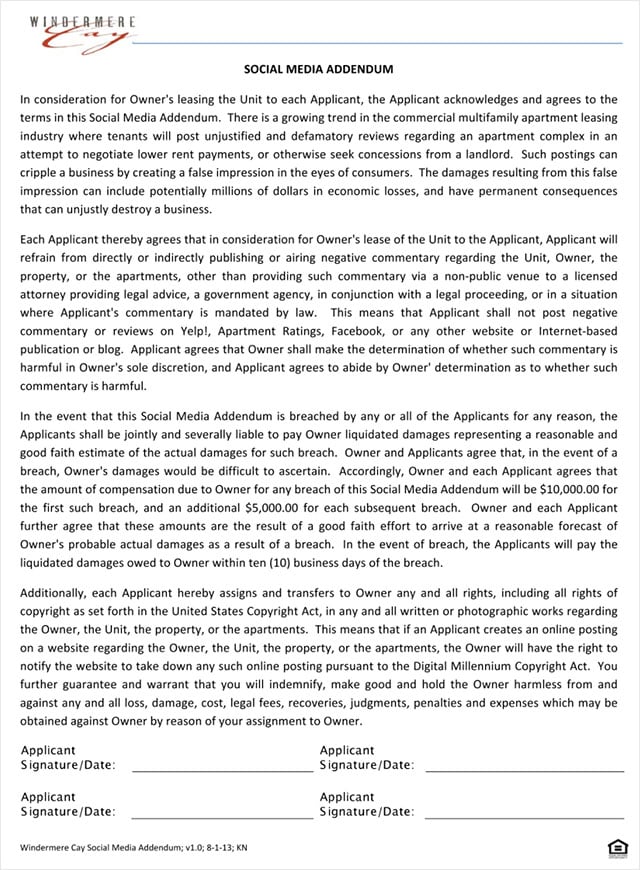 As you can see from the last paragraph, the complex asks tenants to transfer all copyright of photos showing “the Owner, the Unit, the property, or the apartments” to Windermere Cay, allowing the company to send DMCA takedown notices to any website hosting the images — through a bad review with photo evidence, for example.

The contract is vague in its wording, which could allow it to be used as a copyright grab for any photos captured while inside the complex. “Snap a few shots of friends who come over for a dinner party? The photos are owned by your landlord,” writes Ars Technica.

This heavy-handed tactic for preventing bad reviews has now backfired on the complex — big time. People from all over the world are now submitting bad reviews for the company through online review sites. On Yelp, the company’s rating has dropped to 1.5 stars, with a huge number of reviews coming in the past 48 hours: 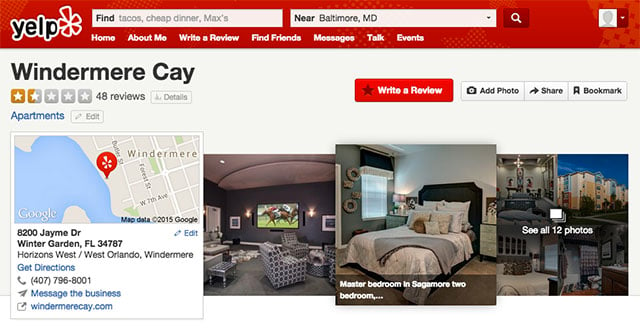 One reviewer writes: “you agree to pay $10K for writing a bad review, plus they claim to own copyright over any photos you take. Why would you live here?”

“[A]ny photos posted on reviews are copyrighted to the company by terms of the lease???” says another.

“According to the contract, if you post a photo you take in your apartment, they can sue you for that. Stay away,” writes a third.

Windermere Cay claims the contract is no longer in effect, telling Ars: “This addendum was put in place by a previous general partner for the community following a series of false reviews. The current general partner and property management do not support the continued use of this addendum and have voided it for all residents.”

However, Ars received the contract from an anonymous tenant who was asked to sign it just days earlier. They’ve also heard from legal expert Eric Goldman that the contract is unenforceable and could actually cause legal issues for Windermere Cay.

“It would be a terrible idea to enforce this in court. A judge is going to shred it,” Goldman says. “If a person posts an Instragram photo of them having a party in their apartment, the landlord is saying they own that as well. The overreach reinforces that this clause is bad news, and it may be actionable just to ask.”

The “Social Media Addendum” was intended to prevent unjustified and defamatory reviews that can “cripple a business,” but it looks like the contract itself and the Streisand effect is now doing just that without any extra help from tenants.

Update on March 13, 2015: A reader informs us that Yelp has begun removing reviews that were left on its site in response to negative media coverage about the apartment complex. Here’s the email he received: