Parker first captured an hour of footage through his window and combined the different birds found in the video into a single 2.5-minute clip. He then used the echo effect in After Effects to show each bird numerous times along its flight path, revealing the helix patterns and curves that emerge. 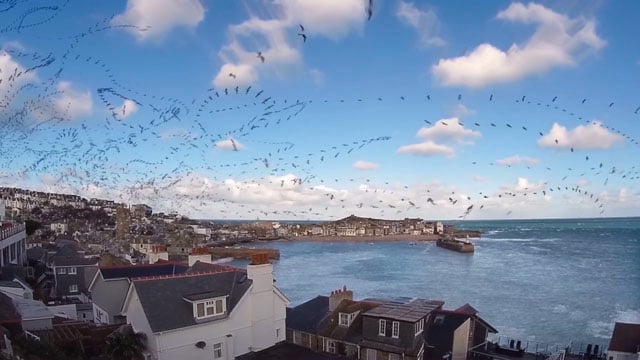 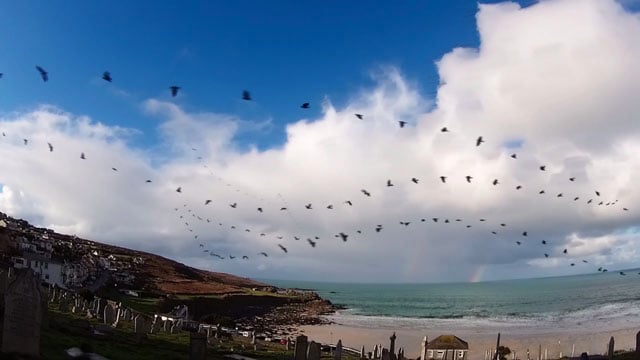 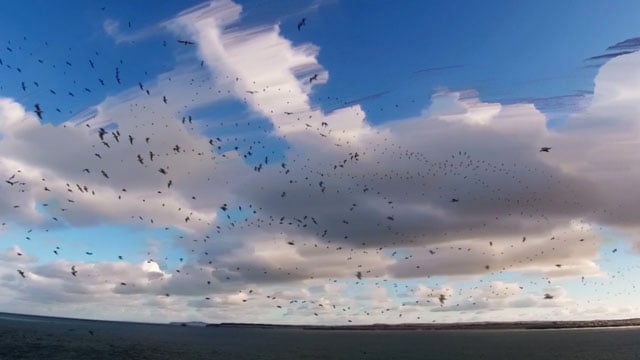 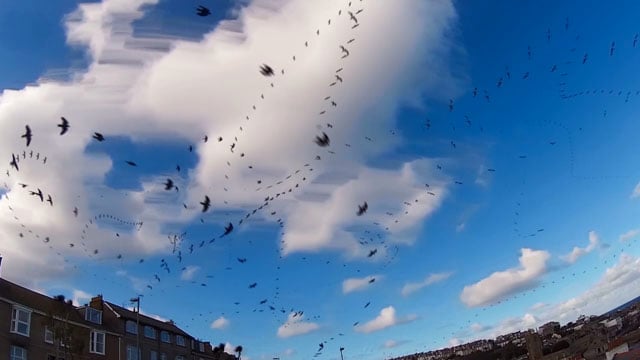 Here’s a similar experiment Parker did in 2014 with an hour of birds cloned and condensed into one minute: