Update: Charges have been dropped against the photographers. 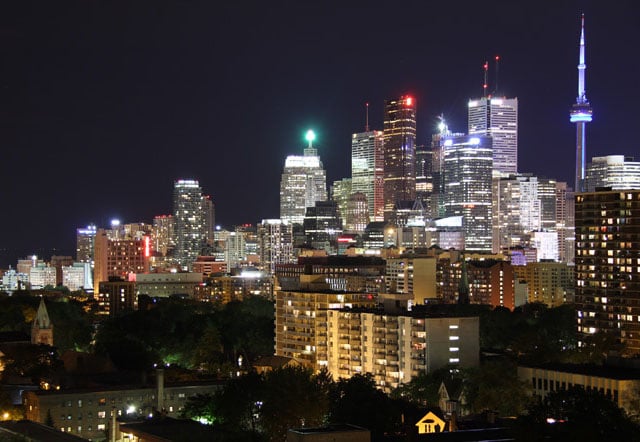 Three photographers, including rooftopping pioneer Tom Ryaboi, were arrested this past Monday after allegedly breaking into the rooftop observation deck of a downtown building in order to take pictures.

Torontonians Tomer “Tom” Ryaboi, Jaswinder Brar, and Eric Do were arrested at around 5PM by Toronto police officers after the building’s security found and arrested the three men in an area that was off-limits to the general public.

All three are being charged with “Break and Enter and Commit” and “Mischief Under $5000.” Brar and Do are facing an additional charge of “Possession of Break-In Instruments.”

“‘Roof-topping’ is defined as the practice of taking photographs from the roof of a building,” says the police department, “particularly one accessed illegally, whether for profit or fun.”

Ryaboi is considered one of the pioneers of rooftopping photography, first famous on the Web a number of years ago for photos such as this one: 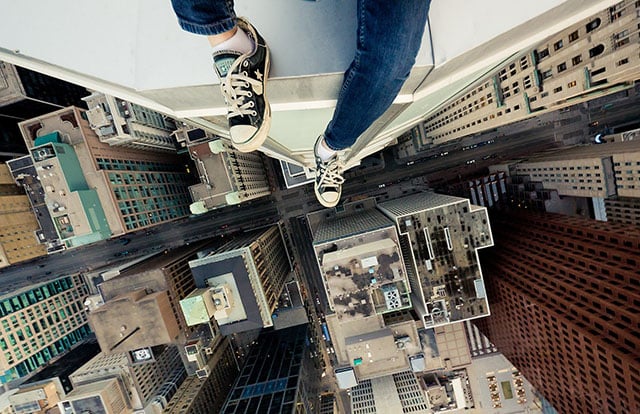 We first featured his work back in July 2011. Late last year, Ryaboi contributed a guest post explaining why he will love rooftopping photography “until the day he dies”.

Brar was also featured less than three weeks ago in a local Toronto news segment about the “underground sport” of rooftopping — interestingly enough, he tells the reporters that breaking into places is a “no-no”:

The Toronto Police Service warns that there “may have been other occurrences of ‘roof-topping.'”