A giant photo walk in Los Angeles was broken up this past week by the Los Angeles Police Department after authorities mistook it for a rave.

The event was actually a gathering organized by FlaskMob, which gets photographers together once a month to take a picture of a city.

NBC4 reports that roughly 300 people showed up for the photo walk, which attracted the attention of the LAPD. Officers and an air unit arrived on the scene at around 7PM on Saturday and dispersed the crowd.

Police report that photographers had “lit objects on fire so they could take pictures of them.” Footage captured by local news crews show the participants using burning steel wool for long exposure spark photographs. 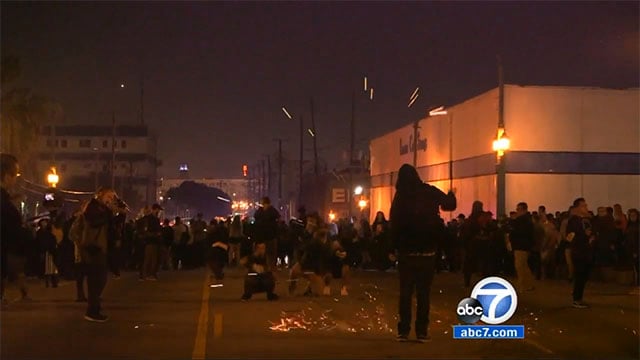 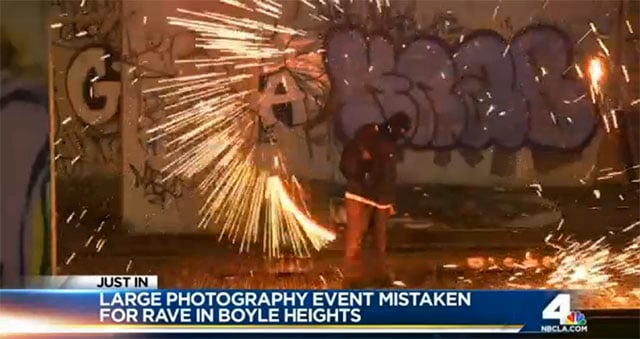 The group did disband after briefly holding up some traffic in the area, according to ABC7. There were no reported arrests or injuries.

Image credits: Video and still frames by NBC4 and ACB7

‘The Cut’: A Stop-Motion That Offers a Cross-Section Look Into Fruits and Vegetables

Studio Portraits of Owls That Capture Their Nobility and Personalities