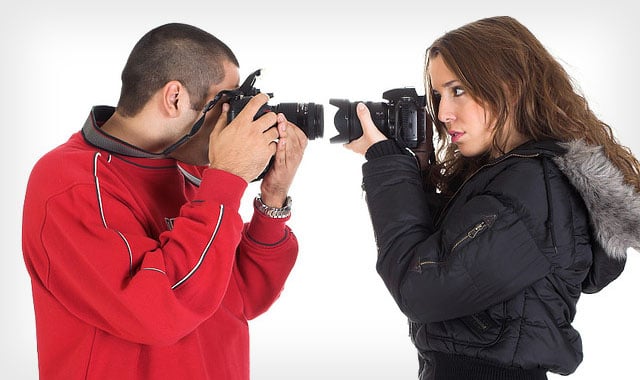 Taking artistic photographs is one of the sexiest forms of creativity — at least that’s what scientists are reporting. The activity ranked 7th on a list of most desirable qualities in a partner according to a new research paper that was published recently.

Psychologist Scott Barry Kaufman of the University of Pennsylvania carried out the study with a number of colleagues by creating a “Creative Behavior Mating Preferences Checklist” that featured 43 popular creative behaviors — things like playing sports, performing in plays, writing poetry, and designing websites. “The taking of artistic photographs” was chosen by participants as the 7th sexiest creative behavior, behind playing sports, taking a date on a spontaneous road trip, recording music, making a clever remark, writing music, and performing in a band (#1 through #6, respectively).

You can dive deeper into the findings by reading the paper for yourself. It’s titled “Who Finds Bill Gates Sexy? Creative Mate Preferences as Function of Cognitive Ability, Personality, and Creative Achievement.”

(via Scientific American via PopPhoto)

Uncomfortable Photographs of Sunbathers Sleeping Comfortably on a Beach