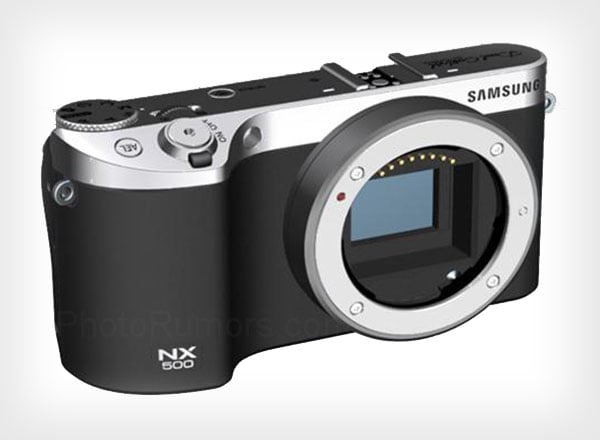 Samsung is rumored to have a new NX500 mirrorless camera up its sleeve. We now have a better idea of what the camera will look and be like thanks to a newly leaked graphic.

The image was obtained by Photo Rumors and appears to be a screenshot of a product page on Samsung’s website. It shows a front view of the camera, a list of specs, and reveals that the camera will be offered in black, brown, and white varieties. 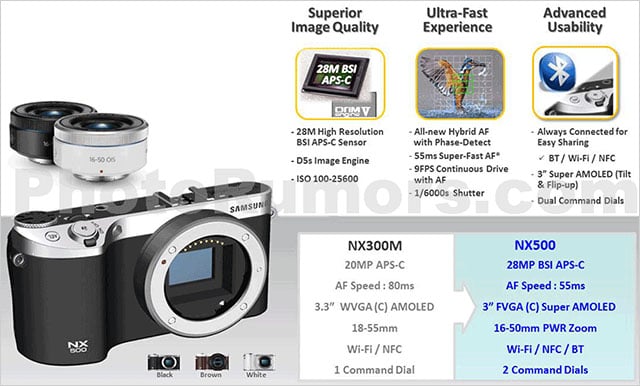 No word yet on pricing, availability, or when the camera will become official.

Re: If You Don’t Want Your Photos Stolen, Don’t Post Them on the Internet