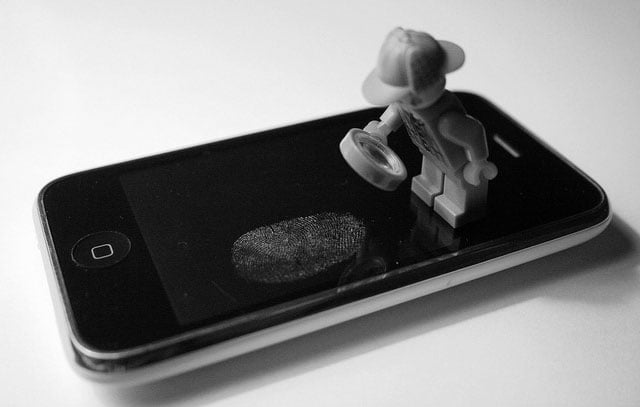 As the quality of cameras becomes better and better, there’s a new security issue emerging that you may have not thought about: fingerprints being stolen from photos.

Hackers are reporting that a person’s fingerprints can be reproduced using public photos that show their hand.


The finding was discussed at a convention held in Germany by the Chaos Computer Club, the largest association of hackers in Europe. During one of the talks, a hacker named Jan Krissler (AKA “Starbug”) showed how he recovered the thumbprint of German Defense Minister Ursula von der Leyen using press photos found on the Internet.

Krissler gathered a number of photos of the defense minister that were captured at a news conference earlier this year. One of the photos was used as the base image for obtaining the fingerprint, while others, captured from different angles, were used to “fill in” missing information.

As cameras improve and as this fingerprint gathering technique is refined, prominent people may want to think twice about waving their hands around in public settings.

(via Chaos Computer Club via VentureBeat)