Here’s a short clip from the Smithsonian Channel‘s series “Hunt for the Super Predator.” It shows an encounter a team of photographers and scientists had with killer whales at Bremer Canyon off the coast of Western Australia.

Using a special camera rig he designed, wildlife cameraman David Riggs shot some amazing underwater footage of killer whales that looks too good to be true (you can find it at 1:35 in the video). 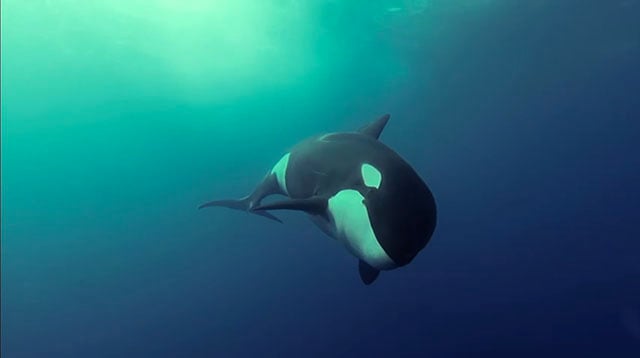 The custom tow camera system captured killer whales chasing the boat and playing underwater. Apparently the footage is so amazing that many people are questioning whether it’s real. One viewer writes, “This is animation…… How can anyone with eyes think this is real footage? ﻿Just look at the movements of the orcas, this is as animated as it can get.”

The scientists were studying a marine life hotspot located at the canyon. Every year, large numbers of underwater animals — including killer whales — and birds congregate at the Bremer Canyon location, and scientists are trying to figure out why.