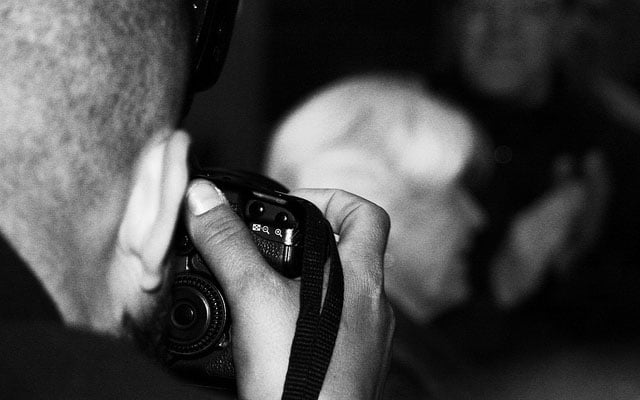 In a show of solidarity with photojournalists who are seeing their jobs disappear, some reporters in the UK are resolving to not take assignments that should go to professional photographers.

The National Union of Journalists (NUJ), a union comprising 38,000 journalists in the UK and Ireland, published a news story yesterday titled, “Reporters take stand over cuts to photographers’ jobs.” The union reports that one of its chapels (Stourbridge Newsquest) has “resolved not to accept assignments which would normally be given to professional photographers.”

“Other [NUJ] chapels are expected to follow suit as staff photographers and picture desk staff are being targeted for redundancy across the UK,” the report says.

The union reported last week that this has been a horrible year for photojournalists, with many news organizations cutting their photographic staff numbers drastically and opting to have reporters snap photos instead — often with their mobile phones.

This change in priorities has led to disastrous — and sometimes laughable — results in at least a few reported cases:

These companies have been using trainee reporters to take pictures without providing them with technical or health and safety training. One Newsquest title is regularly using a nine-year-old boy to provide sports photographs. Already mistakes are being made: one reporter asked to take a picture of somebody leaving a court snapped the wrong person.

“Who will be there to do it when [photographers are] gone?” NUJ asks, “An over-stretched reporter or an unpaid member of the public simply whipping out a smart-phone to take a quick snap smacks of exploitation.”

(via NUJ via Amateur Photographer)

The Tower of David: Photographs Showing Life Inside the Tallest Slum in the World