Here’s an example in which having a “YOLO” attitude during a photo shoot turned out to be a very bad idea. Photographer Jarrett Hucks was photographing a soon-to-be bride on a beach when a group of equestrians rode by. The client decided that “since you only live once,” she wanted a photo of herself riding a horse. What happened next is captured in the video above. 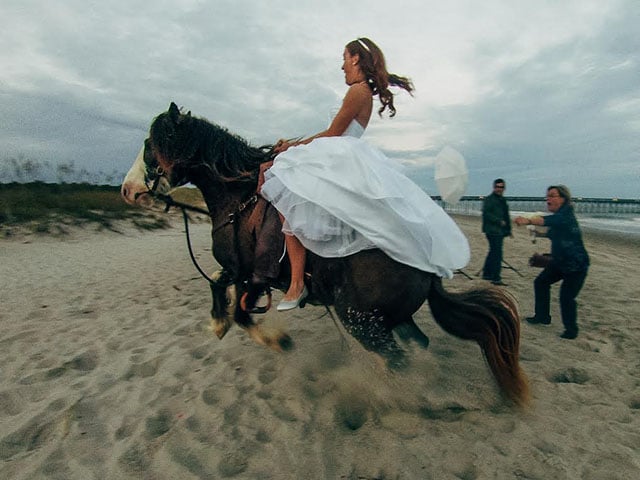 The shoot was being held at Myrtle Beach State Park in Myrtle Beach, South Carolina about 5 weeks prior to the wedding. Here’s Hucks’ account of what happened:

We actually were just heading out to the beach from a forest scene to get a shot near the water, when we saw a group of equestrians coming by. One said she could take a photo with her horse but not on it. After that another woman came by and said that she could sit on her horse. The horse was a completely after thought. Someone riding by just offered.

I was against the idea completely, mostly because of my now extremely swollen fear of horses, but told them that I would take the photo. After the horse took off, I was just standing there dumbfounded. I have had a few different equestrians tell me that the horse was scared because of the fabric so we did not try again. 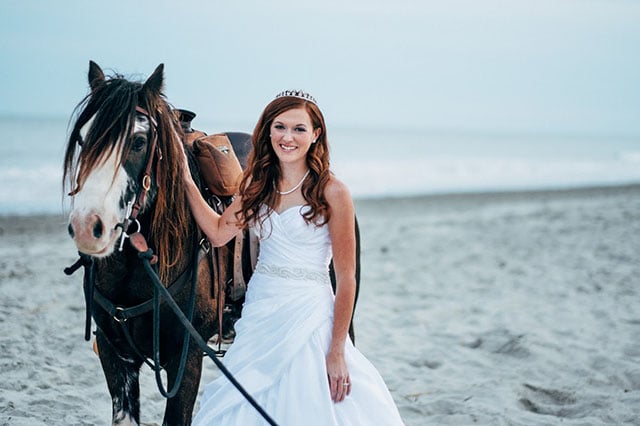 Luckily for the bride, both she and her wedding dress emerged relatively unscathed and the photo shoot was able to continue for another half hour before Hucks ran out of daylight. The incident also “made for a fun story to tell at the wedding.”