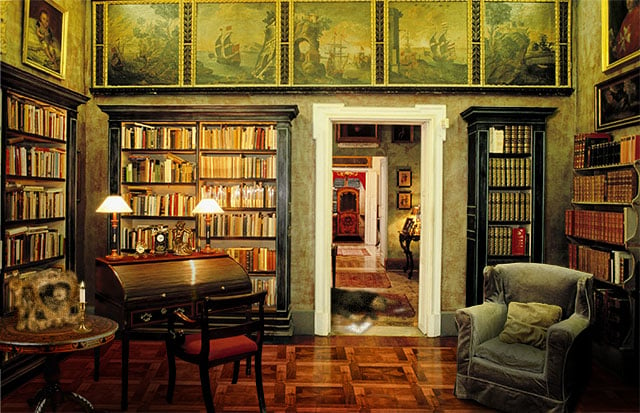 To celebrate Halloween, Adobe has been running an interactive murder mystery event this week. The company has released complex PSD files of photos that hold clues to the fictional mystery. Only those with Photoshop and sleuthing skills will be able to solve the case.


The #PSMystery event kicked off this past Monday with Adobe releasing the first clue file through its Facebook page:

Professor Photoheim’s been murdered at his Halloween party. There are three suspects. To solve the crime you must say who did it, how he or she did it, and post a screen grab of your evidence to our Facebook page.

Here’s your first—and largest—source of evidence: the PSD of the scene of the crime. Download the PSD from Creative Cloud: http://adobe.ly/1nLoD2p or directly here: http://bit.ly/1DnLenz.

The file is a complex PSD photograph that weighs in at 155 megabytes and contains quite a few layers. This is where your Photoshop know-how plays a role — you’ll need to work your way around the image in various ways to uncover hidden clues. For example, you can “look behind” the armchair and the cushions by toggling the visibility of the layers: The second PSD file was released today, and it contains three police portraits of suspects. The file can be downloaded here.

Thousands of Adobe users have participated so far, offering their answers through comments on the Facebook posts. You can follow along with the event in the Facebook album titled “Who killed Professor Photoheim?” Feel free to offer your answers in the comments below as well!