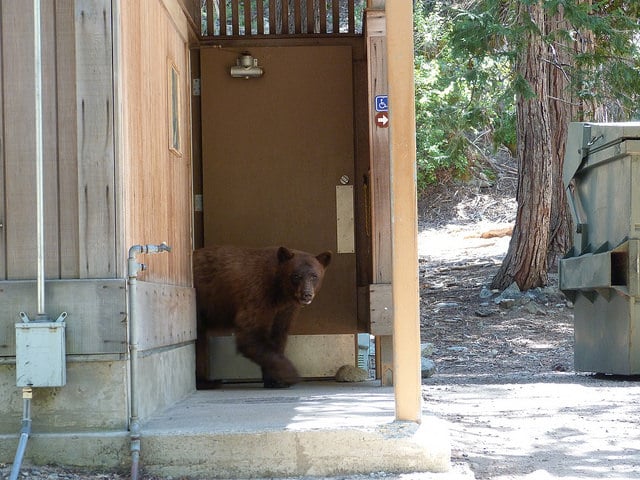 This just in: running up to bears and snapping selfies with them is a bad idea. That’s according to a US Forest Service spokesperson who says that tourists are becoming more and more bold with approaching the creature for memorable snapshots.

Lisa Herron, a spokesperson for the Forest Service’s Lake Tahoe Basin Management Unit, tells the Reno Gazette-Journal that visitors to Lake Tahoe need to be more concerned about their safety than about their social media profile pictures:

We’ve had mobs of people that are actually rushing toward the bears trying to get a ‘selfie’ photo […] It is presenting a safety issue. We are afraid someone is going to get attacked.

The issue is getting so out of hand that the Forest Service is threatening to shut down certain areas if people continue to act recklessly with their cameras around wildlife.

If you don’t believe that the “bear selfie” is a thing, check out this collection of photos discovered on Twitter and Instagram by Mashable:

Herron warns that although bears might not look like they can move very quickly, they can. Here’s what Bear Smart says about it:

Bears can run more than 60 kilometers an hour [~37 mph], and they can do it up hills, down hills or along a slope. To put that in perspective, that’s 15 m/sec or 50 ft/sec – more than twice as fast as we can run. In fact, a bear can outrun a racehorse over short distances but has little endurance.

What happens when you don’t keep your distance? This: back in 2012, a hiker named Richard White was killed by a grizzly bear after taking pictures of it for 8 minutes from less than 50 yards away.

10 Reasons Why a Professional Photographer Left Nikon for Sony Mirrorless