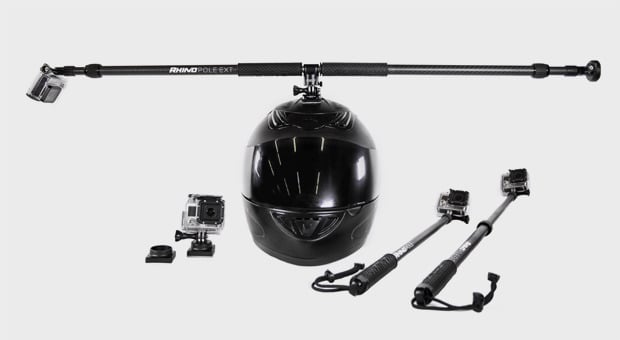 The accessories available for GoPro cameras are as diverse as the adventures people take them on. But while most at least opt for subtlety, Rhino accessories makes its presence known, both in name and aesthetics.

The Rhino accessory lineup, currently funded and then some on Kickstarter, includes a variety of mounting objects that use everything from neodymium magnets to 3M adhesive plates. Also included in their lineup are two separate carbon fiber poles, one of which is extendable and one which is fixed.

The most interesting piece of Rhino’s lineup, though, is the 360º helmet swivel mount that allows you to mount an extension pole on top of a helmet, and uses a clever counter-balance to keep your GoPro filming smoothly as you fly, flip and (hopefully not) fall your way through your next adventure.

This second-person point of view lets you capture far more of yourself in the frame than a standard helmet mount would allow. And while it might not win any awards as a fashion accessory, the resulting images and footage are definitely unique. 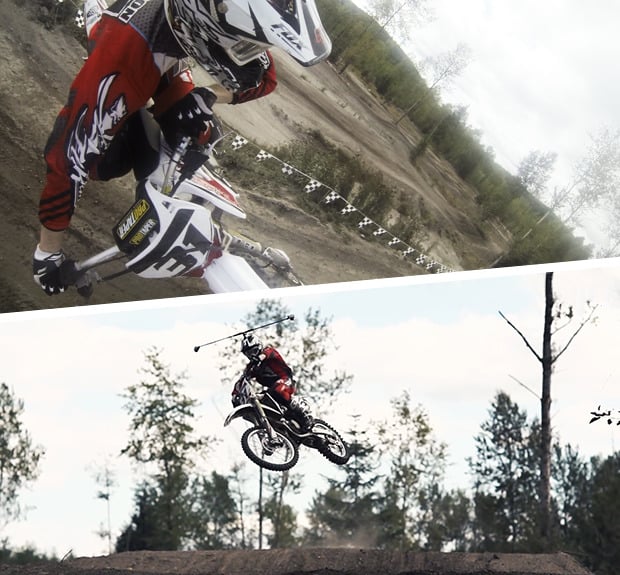 Rhino accessories has already amassed 5x its intended goal of $5,000 on Kickstarter so far, so these products are well on their way to becoming a reality. The only thing you need to decide now is what specific mount you want to pick up.

A fixed Rhino Pole will set you back only $25, while the ‘Ultimate’ Rhino 360 Swivel Mount Bundle will cost a slightly less wallet-friendly $175. Considering these are made of carbon fiber, thermoplastic rubber and lightweight aluminum though, the prices don’t seem too bad.

Head on over to Rhino’s Kickstarter page to find out more or put down your pledge.

Inspiration: John Cleese on How to Be Creative

One Light Tutorial: How Small Adjustments to Light Position Drastically Affects Your Portraits