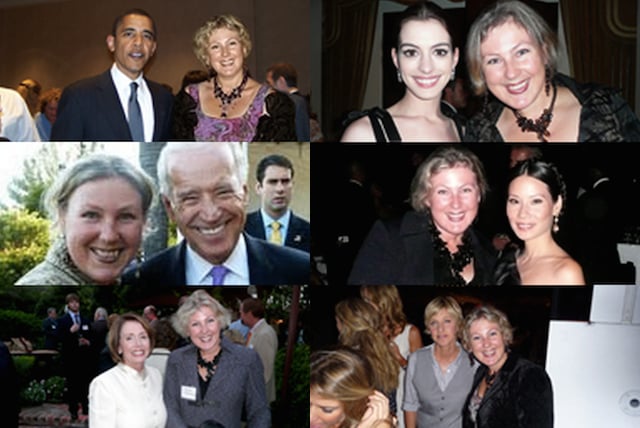 This is just… strange. California lawyer Svitlana Sangary has been found guilty of deceptive advertising and is now facing six months suspension and two and a half years probation after it was found that she was Photoshopping herself into images with celebrities and posting them on her website’s Publicity page.

The images show Sangary getting cozy with everybody from President Barack Obama, to bodybuilder-turned-actor-turned-governor Arnold Schwarzenegger, to comedian Ellen DeGeneres. The California State Bar Court ruling called them “false, deceptive, and intended to confuse, deceive and mislead the public.”

As of this writing, the many (many many) Photoshopped images are still up on the lawyer’s website. 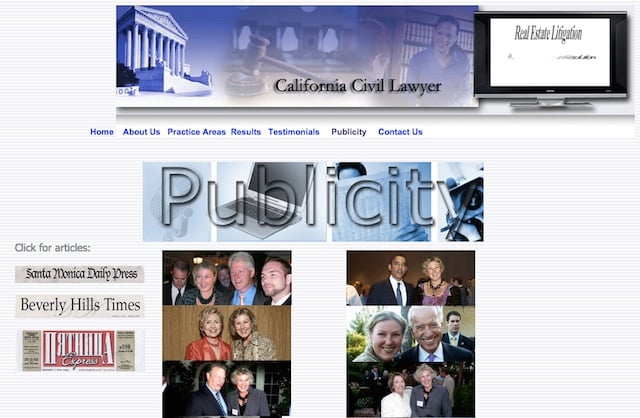 For her part, Sangary seems unapologetic. According to released court papers, she responded to the accusations with a “16-page soliloquy with little to no rational connection to the charges,” which made mention of the American Dream, spoke of Sangary in the third person, and called itself a ‘bitter-sweet sixteen.’

On the bright side, if the six month suspension poses a financial burden, Sangary might be able to find work as a Photoshop artist for… say… Target.