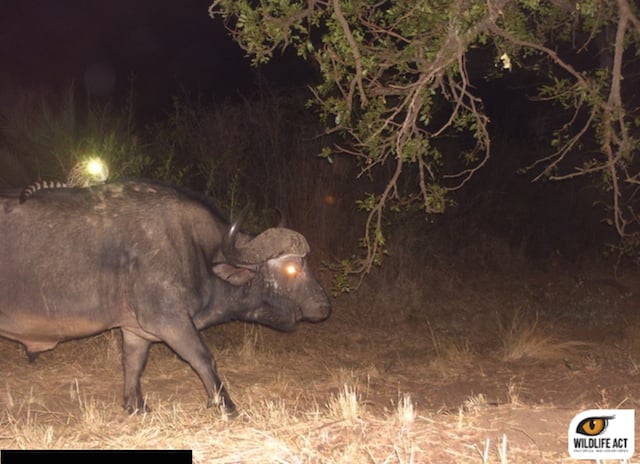 So you think the Lion is the king of the jungle, eh? Well, the large-spotted genet, a catlike creature found in the wilds of Africa, might have reason to dispute that after a wildlife camera caught one of the little animals using buffalo and white rhinos as its own personal Uber service.

The photos were captured using camera traps set up by Wildlife ACT, and they’re some of the strangest wildlife photographs we’ve ever seen. Wildlife ACT’s own Simon Morgan called them “fantastically bizarre.”

When volunteers working with Ezemvelo KZN Wildlife in Hluhluwe-iMfolozi Park, South Africa spotted the first photo of the genet on the back of a Cape buffalo, they were shocked… until they found a photo of the same genet on another buffalo… and then (probably) the same one again on a Rhino! 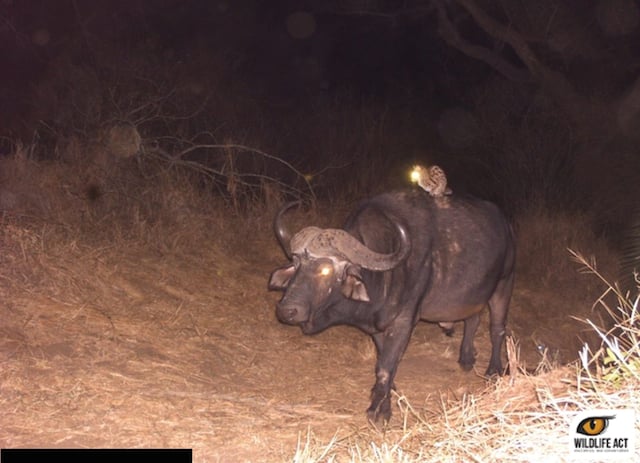 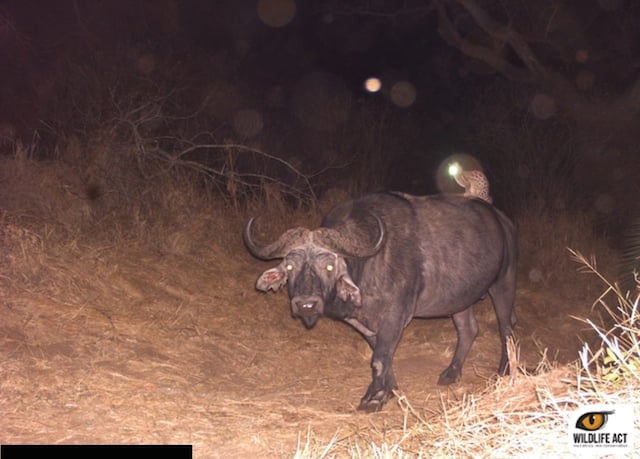 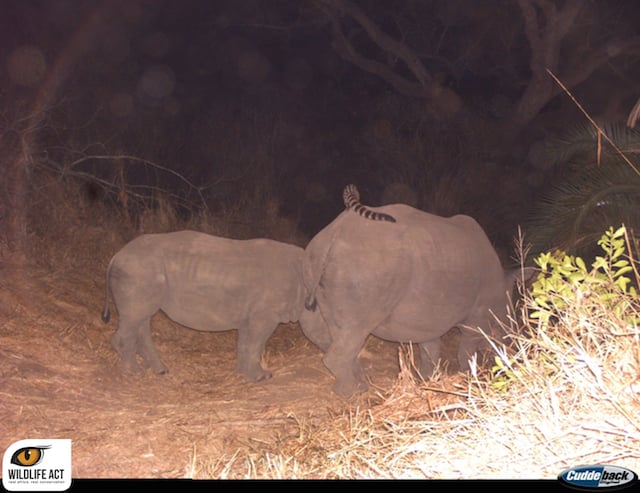 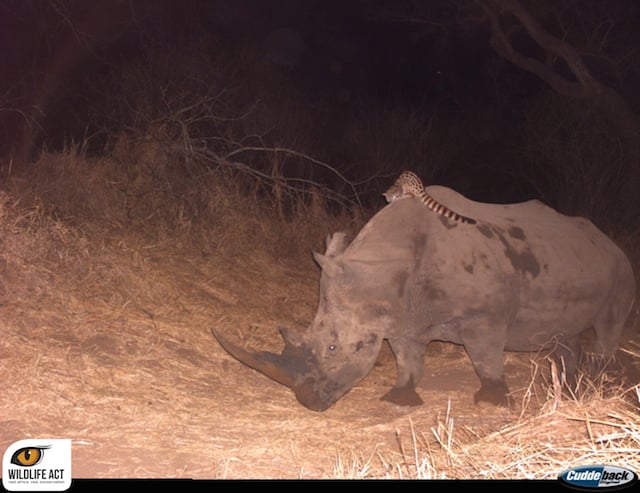 A mostly tree-dwelling creature that eats insects, birds, frogs, and rodents, this is the first time anybody has seen them displaying behavior like this, and the conservationists are stumped as to why it’s happening:

We are not sure what is happening here. Looking at the photos you can see that in some the genet is literally going along for a ride, while in a few others the genet is near the head and could be picking ticks of the animals ears perhaps? It could be similar behaviour to cattle egrets which go for a ride and wait for the large animal to flush insects, so in this case the genet could be using this vantage point to spot small prey items being flushed by the buffalo or the rhino.

Whatever the explanation is, it makes for some interesting photos. But the Wildlife ACT team isn’t content to rest on their laurels while the genet rests on its rhino. They’re planning to set up a remote video camera in the same location to see if they can puzzle out what the little creature is actually up to.

Image credits: Photographs by Wildlife ACT and used with permission