The Aurora Borealis (AKA Northern Lights) often makes an appearance in time-lapse videos of the night sky, but have you ever seen what it looks like in real time? That’s what Korean astrophotographer Kwon O Chul was able to capture in the video above. 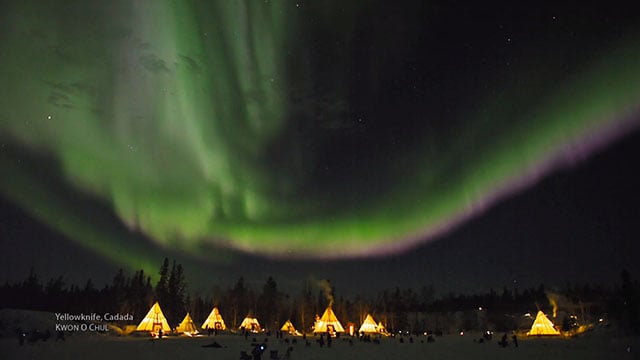 What you see is known as an auroral substorm. While an ordinary aurora is slower, longer lasting, and observable in quite a few places on Earth, auroral substorms are much more violent, faster paced, short lived, and occur primarily in Earth’s poles.

Substorms are also usually the culprit when things on Earth get disrupted (e.g. power outages, damages to equipment, disruption in navigation systems), since they’re the things that disrupt Earth’s magnetic field and throw large amounts of radiation at Earth’s surface.

Here’s an article on auroral substorms if you’d like to read up about it.

P.S. Chul’s other astrophotography timelapses are very impressive. Here’s a video titled “Cosmos Odyssey,” which compiles his work as an astrophotographer:

JIBO: The World’s First Family Robot That Can Double as Your Private Photographer