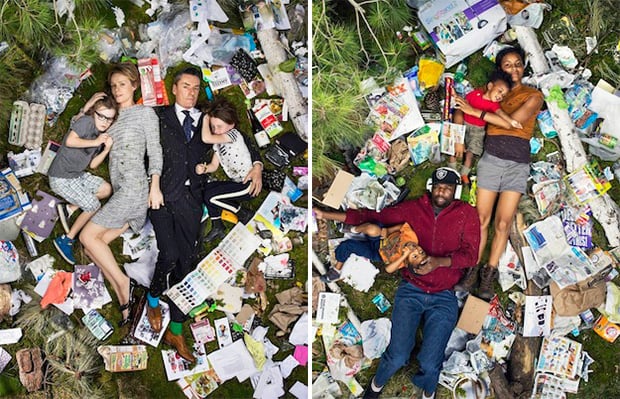 Photographer Gregg Segal wanted to put a human face on the trash problem in the US. Cold numbers and statistics can only have so much of an impact, pictures of real families and individuals lying in 7 days-worth of their own trash… now that would get some attention.

Thus was born the 7 Days of Garbage series, a set of photographs featuring people from varied socioeconomic backgrounds literally wallowing in a week’s worth of their waste.

In the Artist’s Statement on the series, Segal explains what it is we’re looking at:

7 Days of Garbage is a series of portraits of friends, neighbors, and other acquaintances with the garbage they accumulate in the course of a week. Subjects are photographed surrounded by their trash in a setting that is part nest, part archeological record. We’ve made our bed and in it we lie. 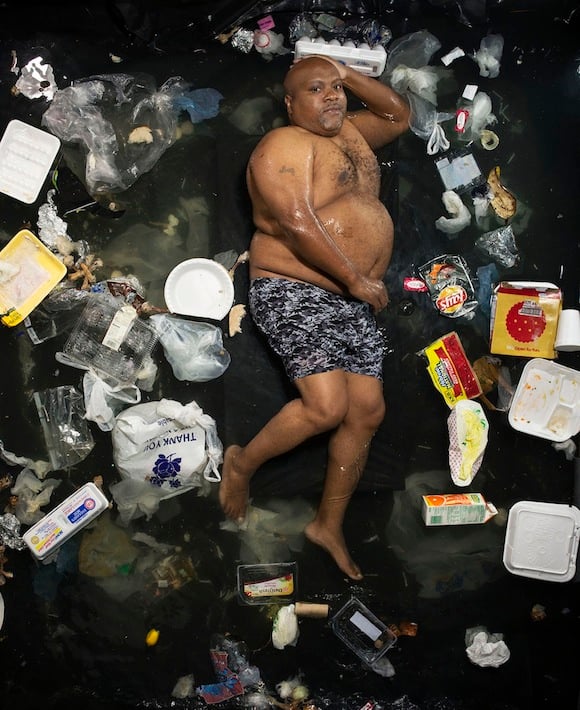 Of course, not every photograph you see is 100% honest. In a recent interview with Slate about the series, Segal reveals that some people “edited” their trash to take out “the really foul stuff.” Many, however, showed up with the full contents of their week’s waste.

It’s those images, maintains Segal, that turned out the strongest. Here’s a selection of photographs from 7 Days of Garbage that Segal was kind enough to share with us: 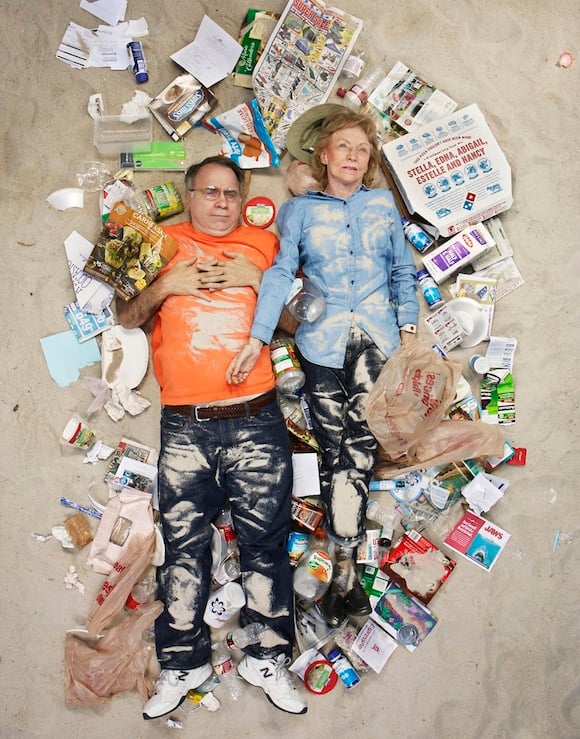 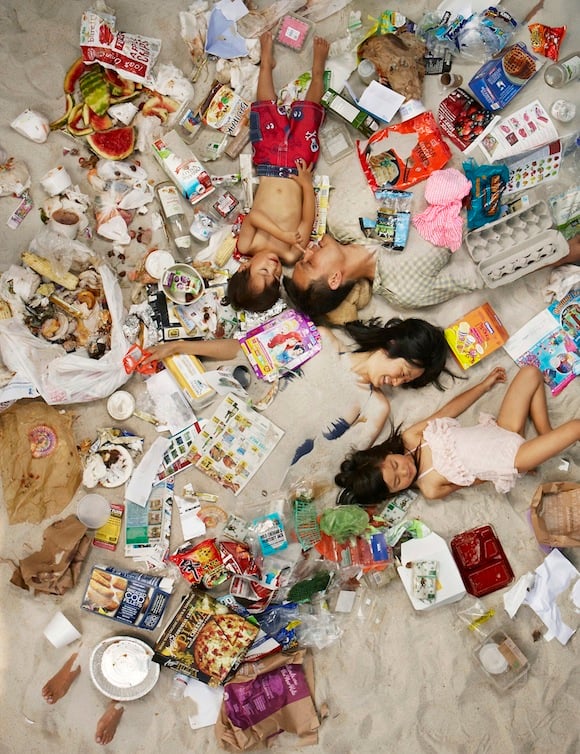 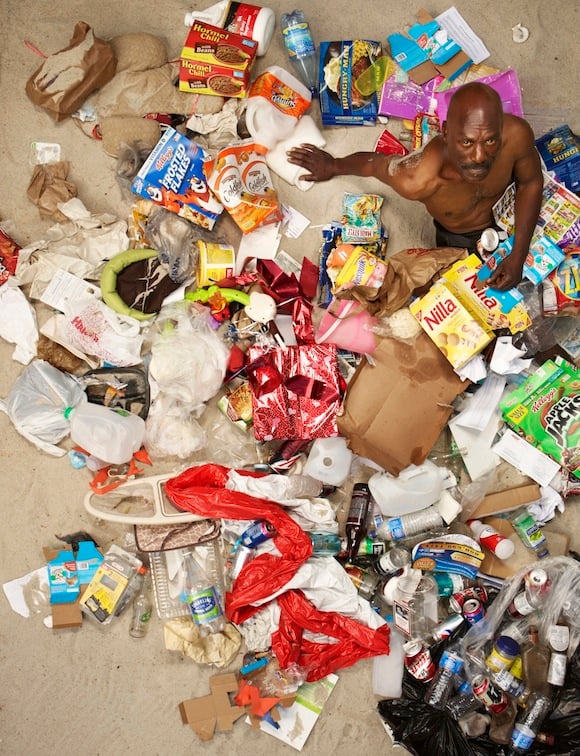 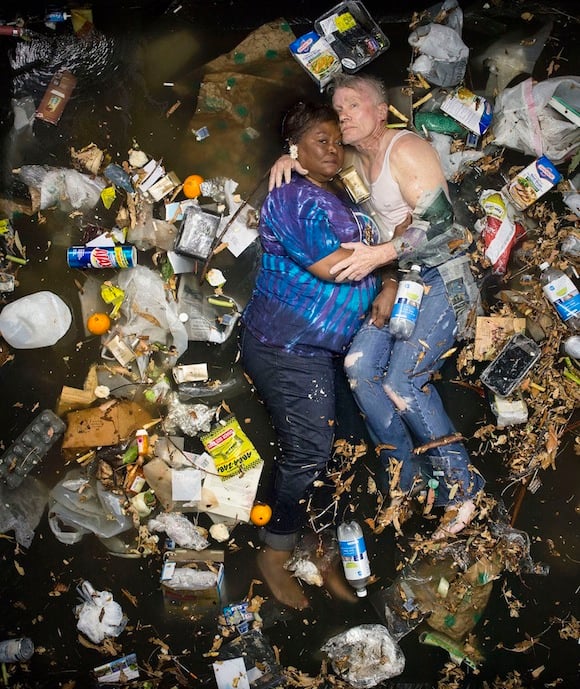 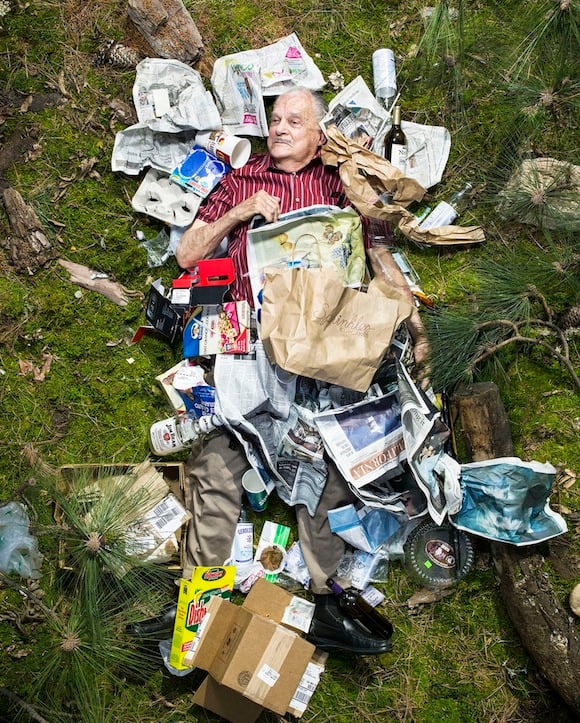 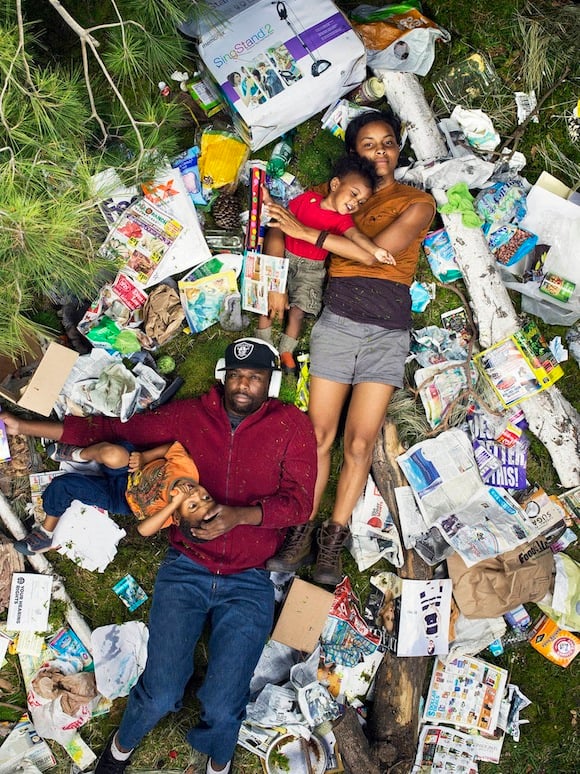 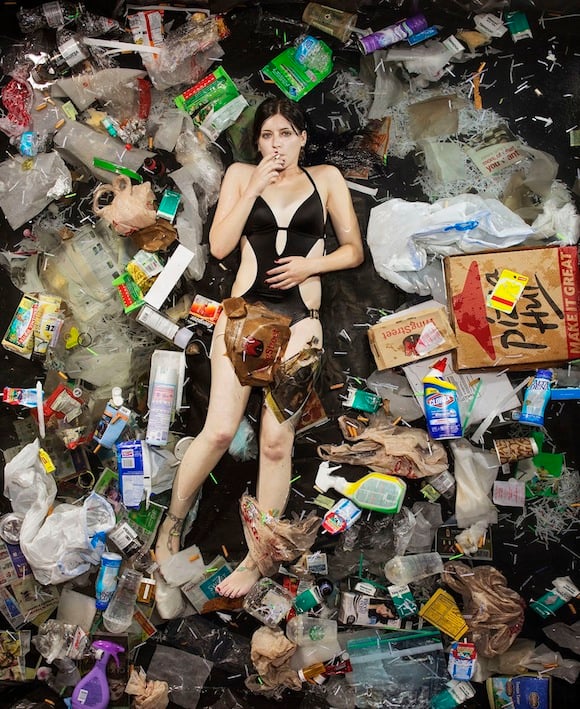 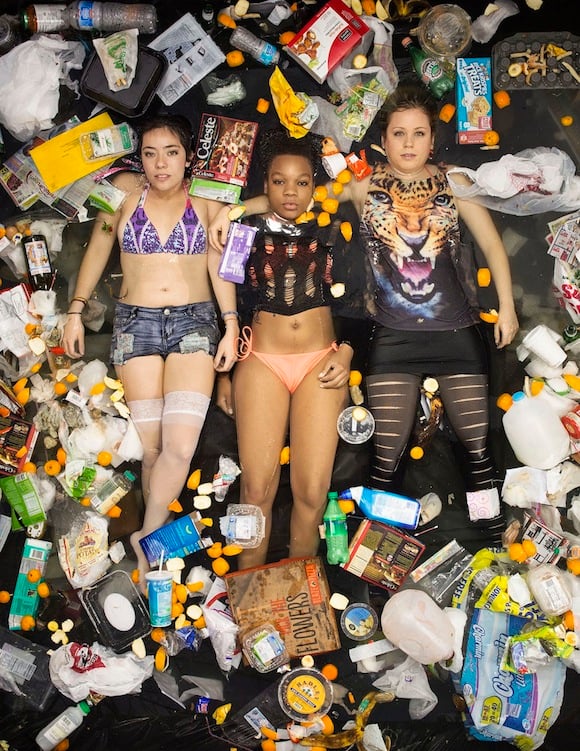 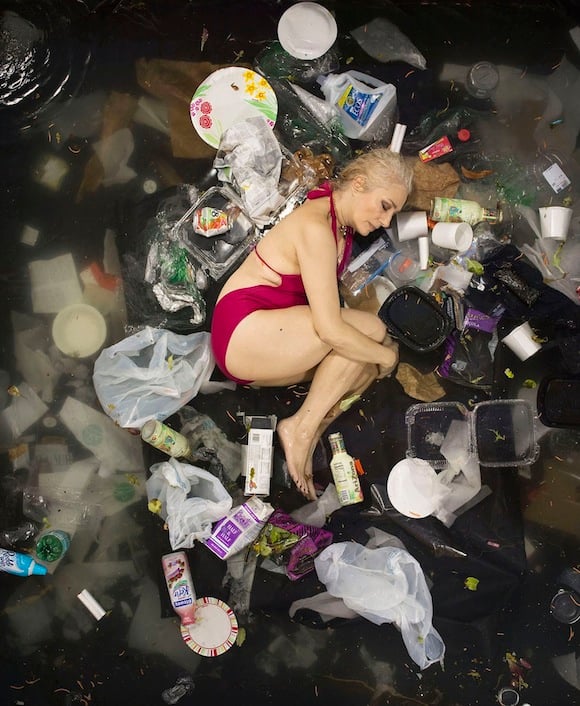 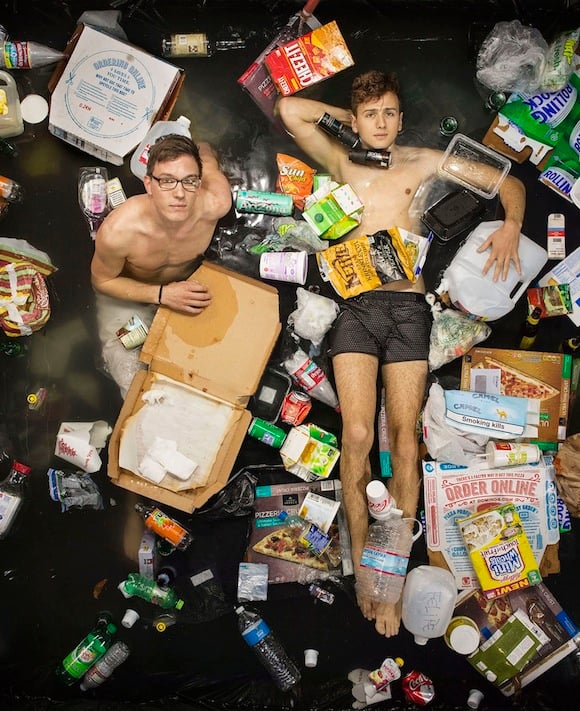 The point of the series was to draw attention to the sheer amount of garbage we produce, and perhaps encourage people to do their part to help the situation.

“We’re just cogs in a machine and you’re not culpable really but at the same time you are because you’re not doing anything, you’re not making any effort,” he told Slate. “There are some little steps you can take to lessen the amount of waste you produce.”

To find out more about the series or if you’d like to keep up with Segal as he continues to add to it — he hopes to expand the series to include more environments, so that people will realize no environment is left untouched by trash — head over to Segal’s website or give him a follow on Facebook, Twitter and/or Instagram.

Image credits: Photographs by Gregg Segal and used with permission