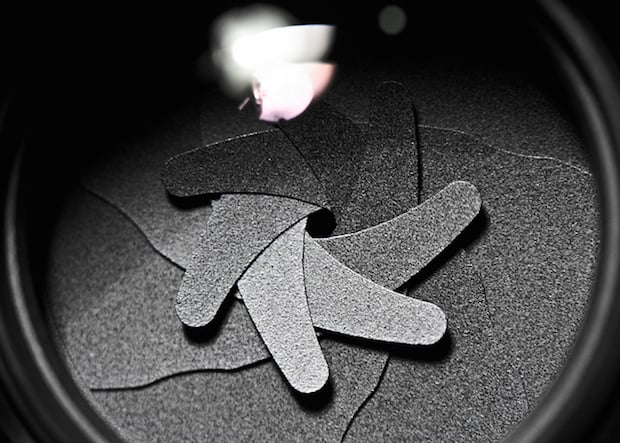 One of the first things that we learn when we start taking photographs seriously is that ‘aperture’, the size of the hole in the lens through which light passes, controls depth of field.

A large aperture creates shallow depth of field while a narrow one creates wide depth of field. But there’s a little more to aperture than that, let’s take a closer look at this most fundamental photographic control. 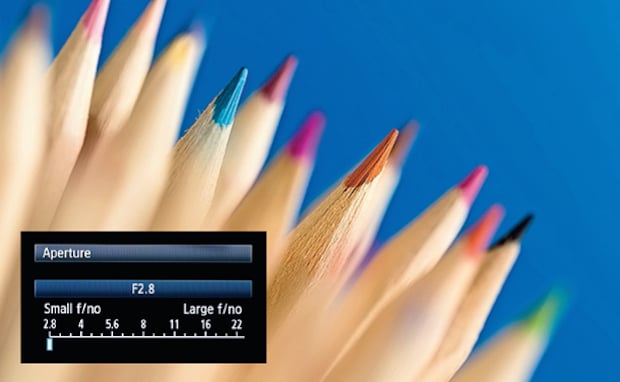 Apertures are often referred to as stops. Opening up the aperture by one whole stop or 1EV (exposure value) doubles the amount of light passing through the diaphragm, while closing down by one stop halves it.

However, modern cameras are usually set to adjust aperture in one-third stops, something that can confuse novice photographers.

If you wish, it’s usually possible to set a camera to adjust in half or full stops via the custom menu.

Understanding the doubling and halving effect of aperture is helpful when setting exposure and deciding which shutter speed and/or sensitivity setting to use.

If shutter speed is kept the same, the difference in exposure between opening up the aperture from f/8 to f/5.6 is the same as pushing sensitivity up from ISO 100 to 200; the image will be one stop brighter in both cases.

Similarly, if sensitivity is kept the same, the difference in exposure between a shutter speed of 1/125 sec and 1/60 is the same as adjusting from f/8 to f/5.6; again it’s one stop brighter. 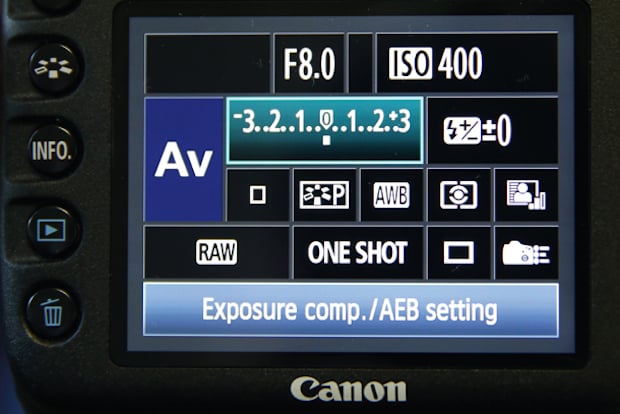 Many novice photographers are confused by the fact that a small aperture has a large f-number or f/number, while a larger aperture has small f-number.

This is because aperture is expressed as a fraction of lens focal length with ‘f’ standing for focal length.

Clearly the same amount of light cannot pass through a 4.54mm diameter hole as passes through a 9.09mm, but the exposure at f/11 is the same with both lenses because the light loses more of its intensity as it travels along the 100mm lens.

The loss in intensity follows the inverse square law which says that intensity of the light is inversely proportional to the square of the distance it travels.

It can be shown mathematically as follows: 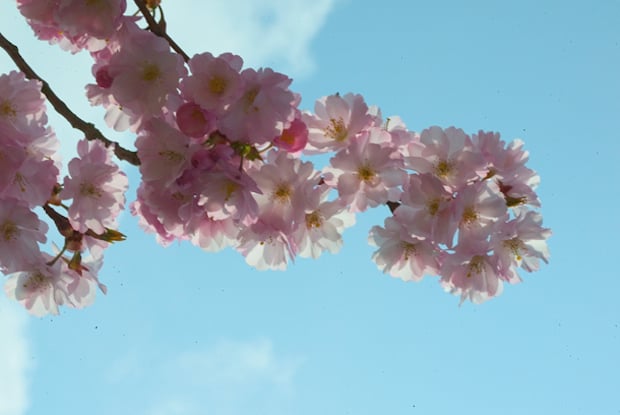 While closing down the diaphragm to create a smaller aperture increases depth of field it also increases the impact of diffraction which softens the image.

Diffraction is the bending of light rays as they pass over the edge of the aperture blades.

These rays don’t converge on the sensor surface and consequently they give a soft image.

The smaller the aperture, the fewer the number of light rays passing through and the greater the proportion of rays being bent.

As a general rule, it’s advisable to not close down a lens aperture to the smallest value available. 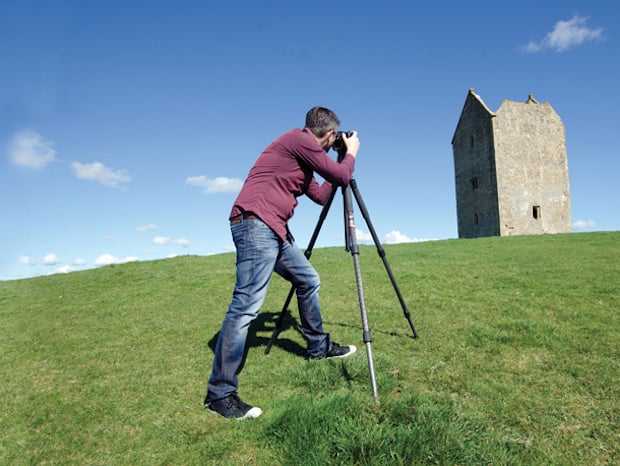 Most lenses don’t achieve maximum sharpness when the aperture is wide open, they need to be closed down a little.

Sharpness continues to improve until the impact of diffraction becomes apparent.

Somewhere in between is the lens’s optimum aperture at which it produces the sharpest images.

You can identify the optimum aperture of a lens by shooting a subject with plenty of detail at every available aperture.

It’s essential that the camera is mounted on a solid tripod and that you focus on exactly the same spot.

Then examine the images at 100% on screen to find the image that shows the subject sharpest and check the EXIF data to find which aperture was used.

This is the lens’s optimum aperture. 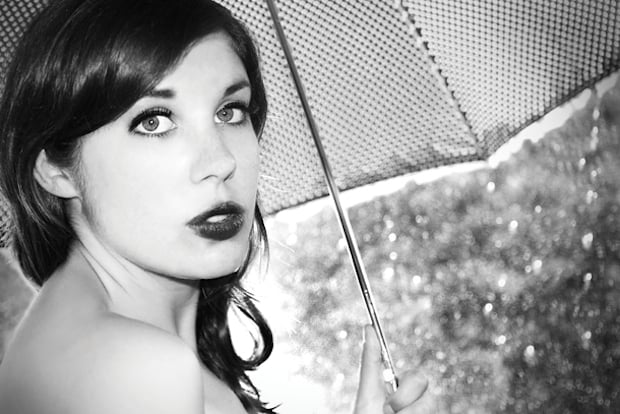 The way that out of focus areas, particularly highlights are rendered is referred to as the lens’s bokeh, a Japanese word that is pronounced in a number of ways including boke and bouquet.

Good bokeh is generally considered to have highlights that are rounded rather than having straight sides, for example, forming a hexagon.

The edges of these highlights should also be soft and not haloed or hard-edged. Photographers often describe an out of focus background with good bokeh as being ‘creamy’.

Bokeh is a property of a lens rather than a camera with the optical elements and aperture come into play.

The best results are usually seen when the iris or diaphragm that opens to create the aperture has many blades (9 being typical) that have a rounded edge to create a near spherical opening. 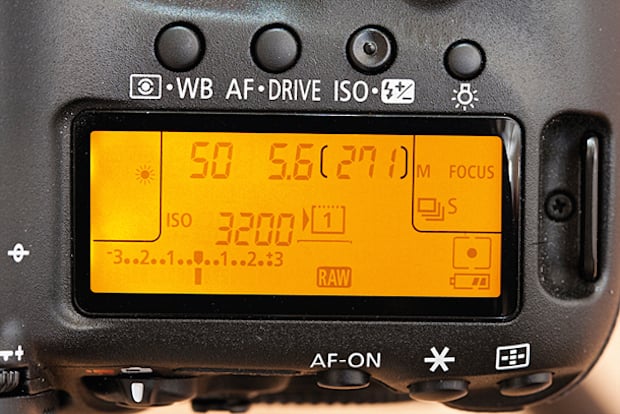 With the exception of some more advanced models, most modern cameras require an aperture of f/5.6 or larger for the AF system to operate.

However, this doesn’t mean that you can’t shoot at smaller apertures because modern cameras measure exposure and focus the lens when the aperture is wide open, only closing it down to the taking aperture shortly before the image is captured.

However, if you add a teleconverter to double the focal length of the lens, the effective aperture of this optical combination drops to f/8 and many cameras (apart from some more advanced models) will be unable to focus the lens.

Even high-end cameras may only be able to use the central AF point in these circumstances.

Fitting a lens with a wider maximum aperture, such as 70-200mm f/2.8, allows the AF system to receive more light, which can often mean it performs better.

And when combined with a 2x teleconverter the effective aperture is reduced to f/5.6 which means that the AF system is still able to function as normal.