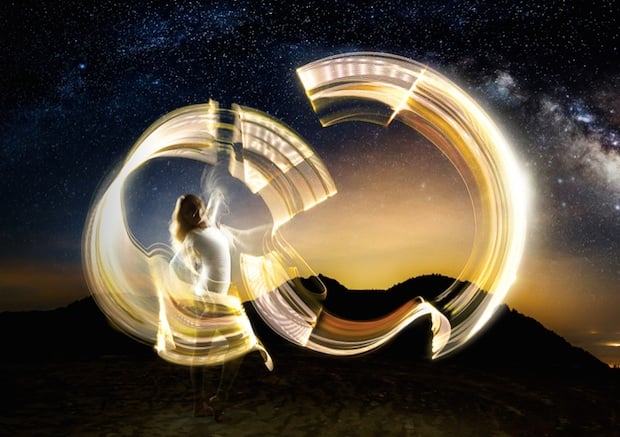 If you head over to Adobe’s website now, you’ll find a bunch of information on the company’s major Creative Cloud update that, as promised via teaser, just went live today.

And while you’re welcome to go digging through all of that stuff to try and ferret out what’s important for you, we’ve done the tedious work for you and summarized the important Adobe CC changes as they apply to photographers.

Let’s start with the most relevant and powerful platform, the desktop version of Photoshop CC. A handful of new features have been added or improved to help photographers better manipulate and edit their images using Photoshop. 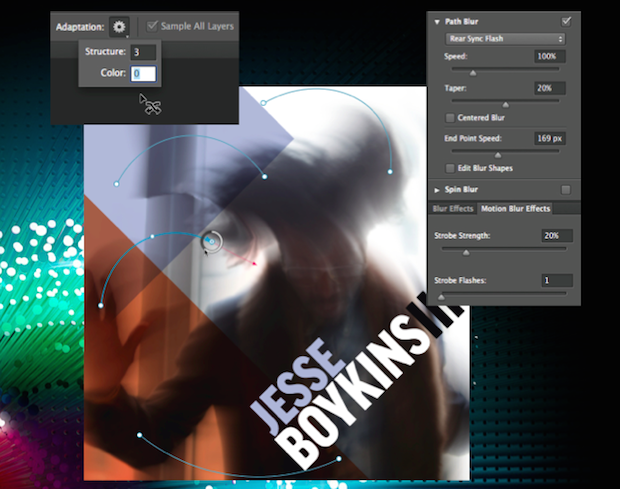 Two new blur effects — Path Blur and Spin Blur — have been added to the Blur Gallery to help photographers add a sense of motion if they didn’t manage to capture it in camera; the Focus Mask feature demonstrated in last week’s sneak peek is now official; Content-Aware Fill, Move and Patch have been improved to more realistically deal with smooth gradients; and Surface Pro users on Windows 8.1 will see improved stylus support and the addition of some touch-based ‘experimental features’ as well.

Finally, it wasn’t all about features. The application has also gotten a lot faster… up to 15 times faster if Adobe’s press speak is to be believed. The Mercury Graphics Engine has been given an OpenCL boost so that images upsample faster and effects are applied faster.

We already covered Lightroom Mobile when it launched a few weeks back. Bringing many of Lightroom’s powerful editing and organization features onto a mobile app with help from the cloud, the app was initially only available to iPad users. 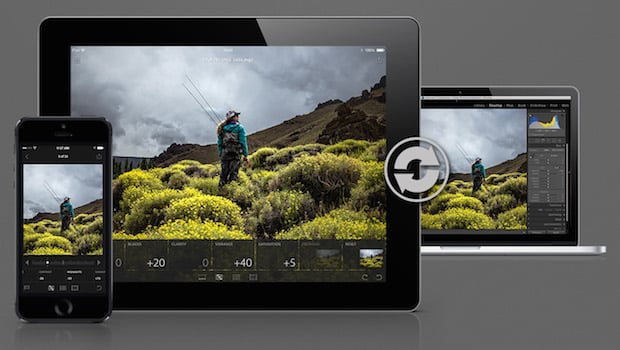 Well, no more. Now you can edit and organize your precious RAW files remotely from your iPhone as well. Plus, the ability to add star ratings and create (and automatically sync across devices) a custom sort order has been added to both the iPad and iPhone versions.

Not much more to say about this one. If you’re a Creative Cloud subscriber, download the mobile app and give it a try. If you’re not, complain ceaselessly in the comments. You know… the usual.

The previous two sections had to do with updates, this one is a full-fledged release. Alongside the updates to the rest of Creative Cloud, Adobe also released an all-new mobile app dubbed Photoshop Mix. 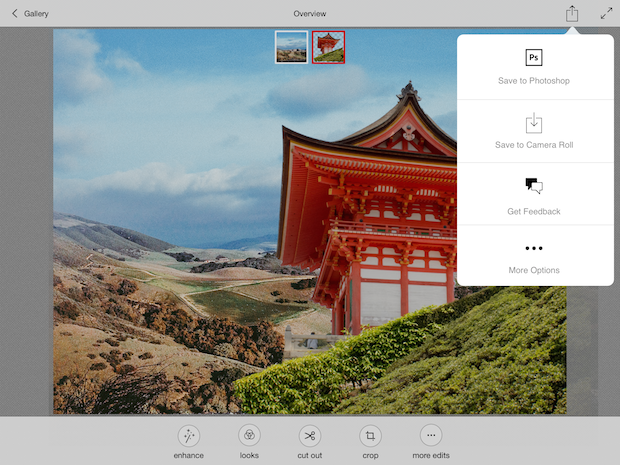 The purpose of Photoshop Mix is to bring some of Photoshop’s more advanced editing tools to the company’s mobile platform with (you’re gonna get sick of hearing this) some help from the cloud so that it doesn’t bog down your iPad’s processor.

With Photoshop Mix, you can access and open files from your camera roll, Creative Cloud, Lightroom mobile, Facebook and more. You can also open Photoshop documents and individual layers from PSDs. 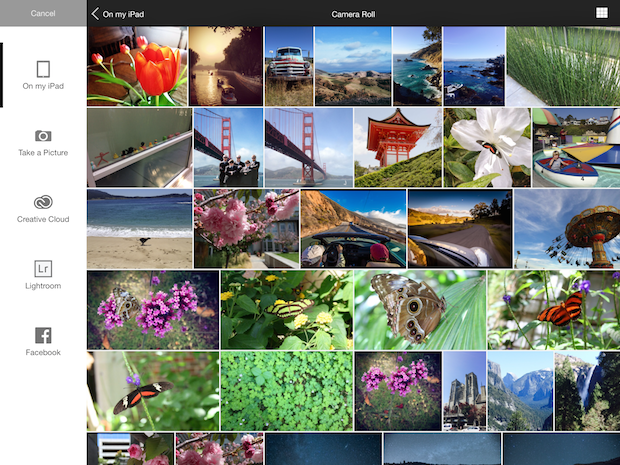 Those files can then be edited using tools that tablets can’t usually handle, such as Upright, Content Aware Fill and Camera Shake Reduction. You can also add “looks” using over a dozen adjustable presets, and if you want to cut out portions of photos/layers and combine them together into composites, you’ll be able to do that as well thanks to two easy-to-use tools that Adobe has integrated into the app. 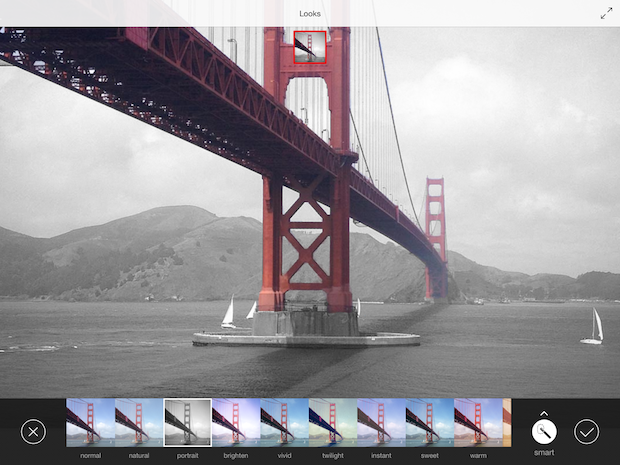 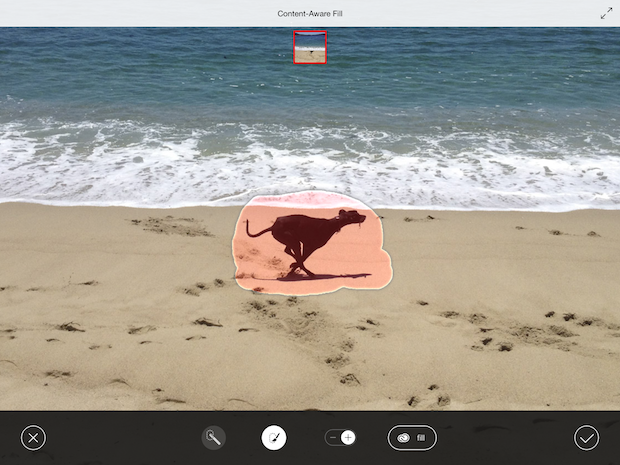 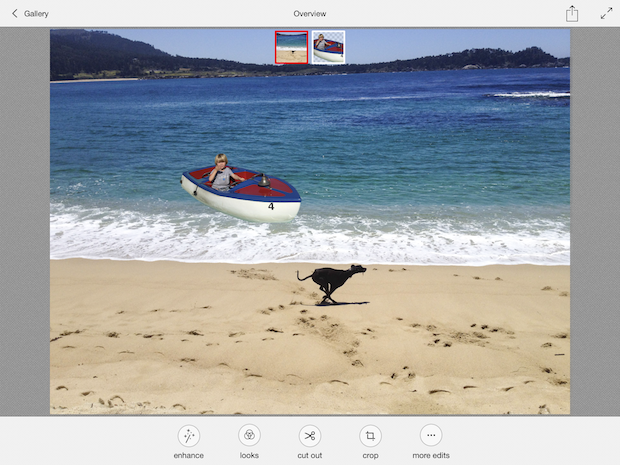 Finally, once you’re done editing to your satisfaction (or to the limits of the app), your layered and masked creation can be exported to Photoshop CC for further editing or published directly to Behance and the major social networks.

Photoshop mix is available as a free download on the iTunes App Store.

After extending the Photoshop Photography Program so many times we stopped telling you about it and just assumed the program would exist indefinitely, Adobe has read our minds and dropped the “limited time” schtick by creating the Creative Cloud Photography Plan. 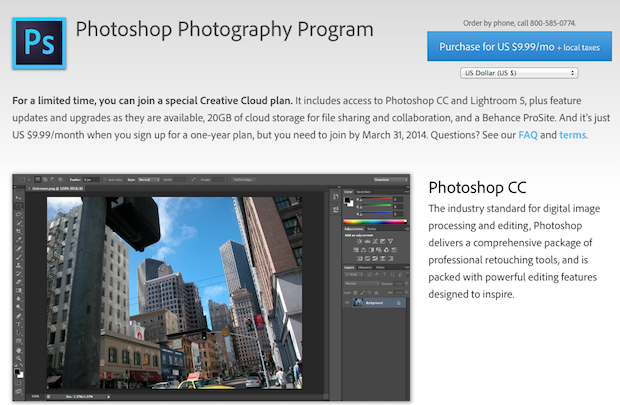 Starting today, this permanent program allows you to pay only $10/month (with a one year contract) for Photoshop CC, Lightroom 5, Lightroom Mobile, access to Creative Cloud Learn, and ongoing updates and upgrades has been made permanent. What’s more, you won’t need a previous license, it’s available for everybody.

And that’s it, at least as it applies to photographers. To learn more about any of the features we talked about here you can read the press releases for yourself in Adobe’s press room. You can also learn more about Photoshop Mix or the now-permanent Photoshop Photography Plan by following the appropriate links.