Timelapse projects involving one photo or video per day have seen a surge in popularity in recent years ever since videos such as Noah Kalina’s everyday went viral. Matt Bray wanted to do something similar to Kalina’s project… but different. He set up a camera and captured himself doing the exact same dance in his room for 100 days, and then turned it into one impressive time-lapse dance.

Bray used a simple GoPro camera that was placed in a fixed spot on his bedroom cabinet. Every day for 120 or so days (he officially claims 100 because it “sounds better”) Bray would put on a different outfit and perform the famous “Napoleon Dynamite” dance (after the first 30 seconds the rest of the dance was made up by Bray). 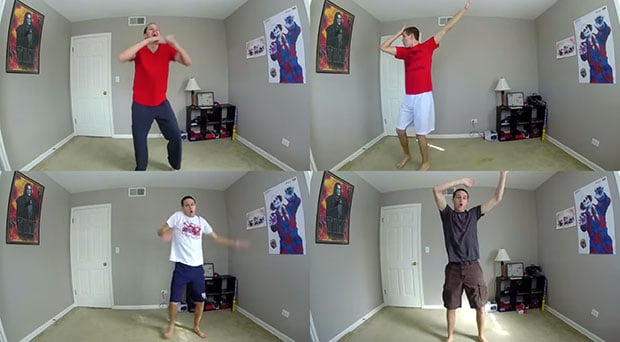 Afterward, he carefully edited all the clips together into a single dance video with smooth transitions that magically change Bray’s outfits. It’s an impressive, time-consuming effort that scratched out the #117 item on Bray’s bucket list: “Complete 100 days of dance.”

Vhoto: An App That Automatically Pulls the Best Photos from Video Clips