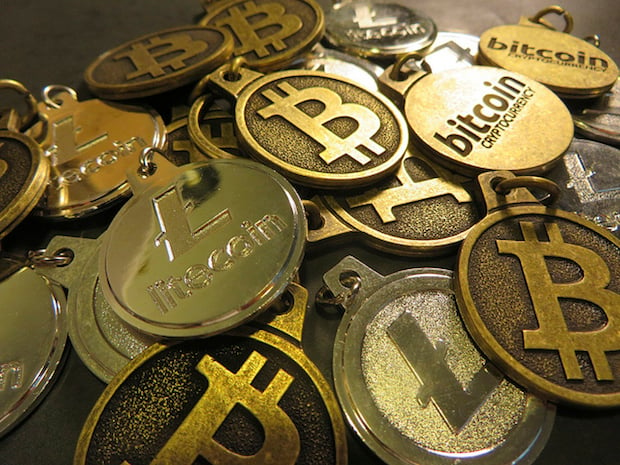 Enthusiasts of bitcoin, the electronic cryptocurrency, have more ways than ever to spend their digital cash. But should professional photographers try to take advantage of the growing popularity of bitcoin and similar systems by accepting it as payment for their work?

A few photographers say so, but first, what is bitcoin and how does it work?

Wired offered a pretty easy-to-understand explanation in November. Bitcoin is both a digital currency and a system of payment, like a combination of the dollar and PayPal. There are other cryptocurrencies that operate on similar principles, like litecoin and dogecoin, but bitcoin was the first, and is now the most widespread.

It maintains value thanks to a network of bitcoin miners around the world. Each of these miners downloads software that dedicates a portion of their computer’s processing power to maintaining a widely-distributed ledger of all accounts and transactions. These miners are given small amounts of bitcoin for their efforts, which then can be spent on services or simply sold to interested buyers.

Or, to put it simpler: it’s an all-digital alternative to dollars, euros, or pesos that can be easily converted into real cash. 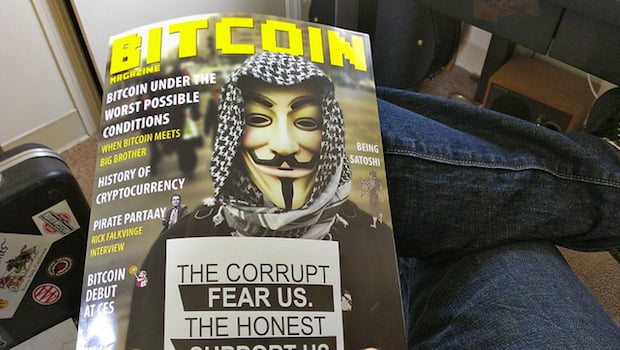 Today, there are more than $1.5 billion dollars worth of bitcoin in circulation worldwide, and about 60,000 bitcoin transactions happening every day. Bitcoin is accepted by some online retailers, including Overstock.com, and a growing number of small businesses. There’s even a bitcoin ATM at a coffee shop in Vancouver, British Columbia, and another at a gun store in Austin, Texas.

A few photographers, too, are testing out the waters to see if bitcoin works for their businesses. One is Hayden Dawkins, a professional portrait photographer from Northern California who began accepting bitcoin early this February. When we spoke, he hadn’t yet taken any payments in bitcoin, but he hoped that offering a 30% discount to clients willing to pay in bitcoin would attract more interest.

Even without any bitcoin-paying customers, Hayden has benefited from his decision to accept it. In particular, he’s appreciated extra interest from the bitcoin community and the press. Not only are his services now listed on websites like Spendbitcoins.com that catalog bitcoin-accepting businesses, but he’s also received some attention in the blogosphere. 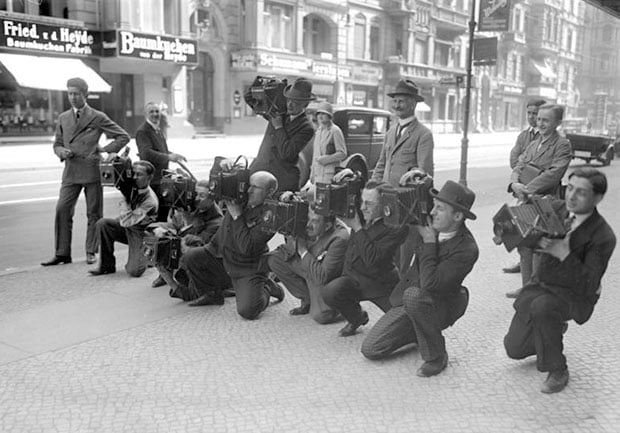 But a big part of the equation, for Hayden, is his interest in the technology industry and the unique experience of working in a digital currency. When we spoke, Sean suggested that more tech-savvy photographers might particularly enjoy that experience.

“There’s some photographers who like to just go out and take pictures, and then there are others who get really into the gear, who know the ins and outs of their sensors and own a bunch of gizmos for their camera,” he told me. “Those are the one’s who are going to love bitcoin the most.”

Other photographers have been working in bitcoin for longer than Hayden. McLellan Style, the Nashville portraiture and wedding photography studio operated by husband and wife team Mel and Sean McLellan, is one of them. I spoke with Sean about his decision to start accepting bitcoin payments and he pointed to a number key benefits to his business since he started last year. For one thing, he explained, “it’s been a cool way to connect with people who are interested in cutting-edge technology.” That’s important to the McLellans because, according to Sean, the best way to “get comfortable images with our couples is getting along with them and having a good connection.”

A few clients have already paid for portrait sessions with McLellan Style using bitcoin, but Mel and Sean have also benefited from the press attention described by Hayden. They were featured, for example, in a story in their local newspaper, The Tennessean.

All that said, there’s a reason bitcoin-accepting photographers are still relatively few and far between. As a monetary system, it’s still in its infancy, and most consumers likely haven’t heard of it… much less used it. As a result, it’s not only difficult to find people willing to pay in bitcoin, but also difficult to spend bitcoin because so few large vendors take it.

Bitcoin also takes flack for its volatility. Because of the small market, relatively small events can profoundly impact its value. As such, the graph for bitcoin value over the past two years shows some pretty wild movements, although the general trend has been upward.

Hayden and Sean admitted that there are downsides to bitcoin. Hayden readily acknowledged that businesses shouldn’t be relying entirely on bitcoin for their revenue stream. “It’s become large enough that it can take some large hits and not fail,” he explained. “It’s pretty stable for the time being, but I don’t plan on it being my entire revenue. I plan on accepting it as a way of helping people out.”

Sean echoed that sentiment. “I wouldn’t be blindly stupid about it and convert 100% of everything to bitcoin,” he said. “I love that idea but I do definitely recognize that it would not be the smartest thing to do at this time.” But he also pointed out that there’s a lot of ways around bitcoin’s volatility. For example, systems like Coinbase, an online wallet for storing and withdrawing bitcoin, allow users of bitcoin to instantaneously convert their bitcoin into cash, minimizing the risk of swings in value. Sean further pointed out that, with a Coinbase Merchant Account, businesses can avoid paying fees for their first million dollars worth of conversions.

Accepting bitcoin isn’t going to be the right answer for all professional photographers, but for those keen on keeping up with the latest tech trends, it might be a way to spice up your business. It’s novel enough that the photographers who do announce their support for bitcoin still turn heads their way, and the cost of implementing a bitcoin system into you workflow seems to be relatively low. As long as expectations are kept in check, bitcoin can make an exciting addition to, not replacement for, your existing payment system.

As Sean put it, “It completely eliminates the risk of charge back, the fees are lower than a credit card, and your fees can be as low as zero. With all those things available, there really isn’t any risk to not try it as a tool for accepting payments for your business.”

If you’re intrigued and want to give it a shot, check out this explanation of how to get started.

Hilarious Portraits of People Getting Milk Thrown in Their Faces