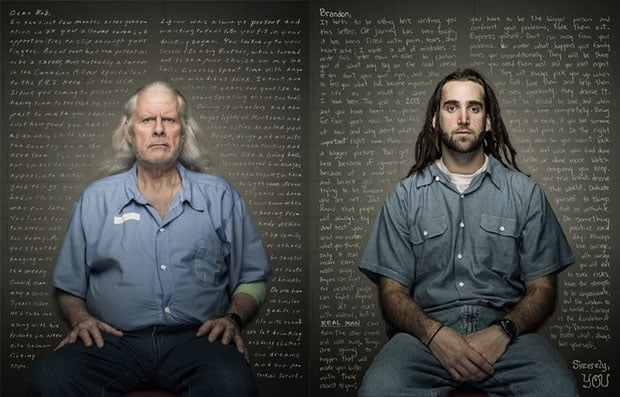 It was in the early part of 2013 when Trent Bell, a commercial photographer known for his architectural photos, received the shocking news that a friend of his had been sentenced to thirty-six years in prison for some trouble he got himself into.

His friend was a father, husband, and respected professional, and the closeness of this situation to Bell’s own life gave him a different perspective. It made him realize just how close we all are to making a decision that could forever impact our lives.

The situation would hit home most powerfully when Bell spent time with his own son. When his son would look up at him and smile as children so cheekily do, it would cement the cold reality of his friend’s situation in his mind. Ultimately, these gut-wrenching moments of realization lead to a concept for a photography project Bell wanted to undertake.

The project was to capture and print large, almost life-sized photographs of inmates from within Maine State Prison, have them write a letter to their younger selves and superimpose those handwritten letters as vignettes around the inmate.

The idea behind it being to display these images in a gallery for public viewing, in hopes that it brought a much more human element to individuals we often look at only as convicts living in a cell.

Here’s a look at a few of the images from the series: 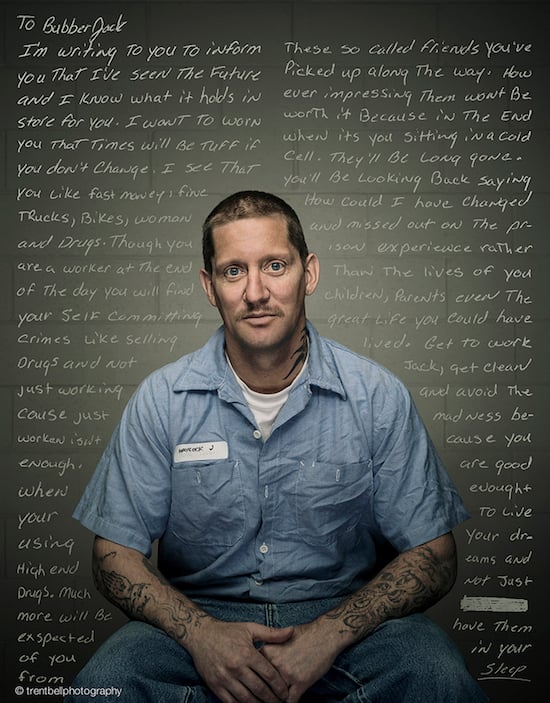 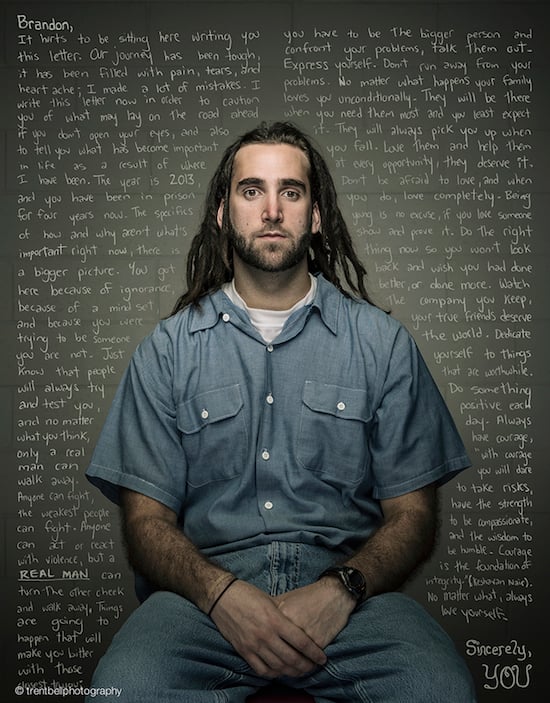 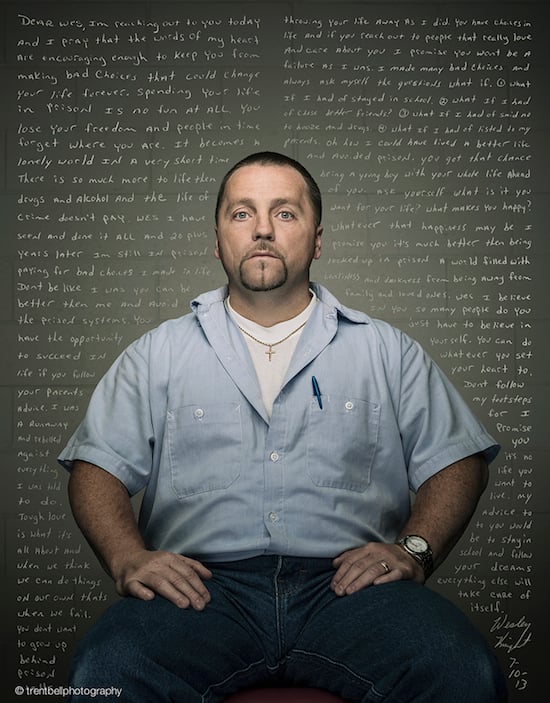 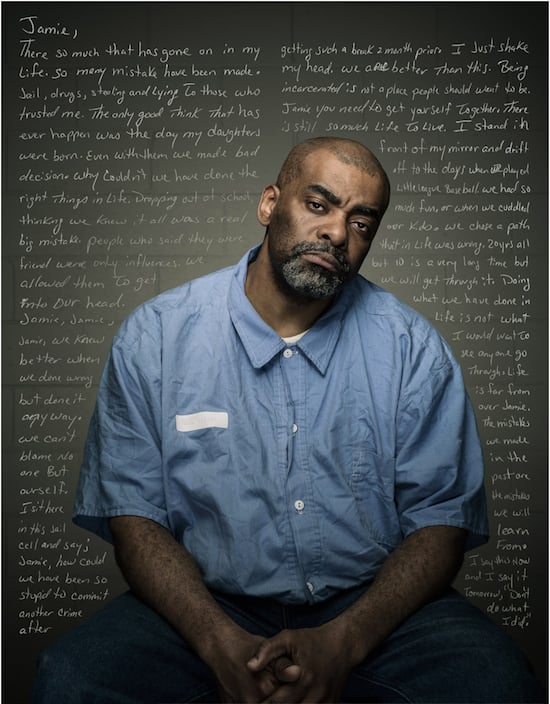 Our bad choices can contain untold loss, remorse, and regret […] but the positive value of these bad choices might be immeasurable if we can face them, admit to them, learn from them and find the strength to share.

REFLECT: Convicts’ Letters to Their Younger Selves is an incredible series, both conceptually and artistically, that takes a look at decisions that anyone is capable of making, the consequences that result from those decisions, and the lessons learned.

The video below shares some of the behind the scenes details, as well as feedback from the public at the gallery. It’s well worth the watch and is quite hard-hitting, especially the interview with the father of one of the inmates Bell photographed.

Photo credit: Photographs by Trent Bell and used with permission